Interview With Falakyar Askari: Using LAW for the society 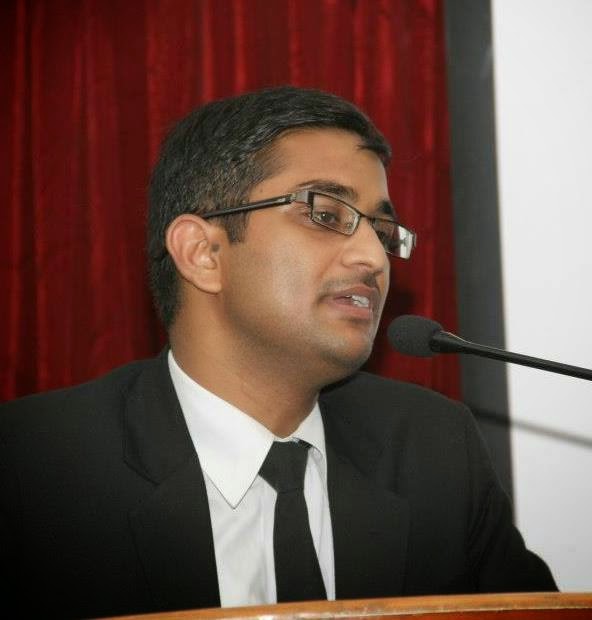 For The Sake Of Argument Catches Up With Falakyar Askari, Founding President of the NGO LAW (Law for Aid & Welfare), which has been continuously working at the grassroots level to bring about change from within. [ Read More About LAW Here]

Sourya (S): Tell us something about yourself.
Falakyar (F): I am a student of law at the National Law University and Judicial Academy, Assam. Some people call me a ‘social worker’ but I refuse to be known as the same. I am only trying to pay back to this great nation; the enormous debts I have incurred.
(S): When did you conceive the idea of forming LAW?
(F): When I was in my first year at the law school, I conceived the idea of forming Law for Aid and Welfare.
(S): Was there a personal story behind this?
(F): Personal story . . . Not really. But the words of my teacher, Prof. (Dr.) Gurjeet Singh (Hon’ble Vice Chancellor, NLUJAA) did make me realize the importance of collective construction of society. It was then that I decided to organize selfless people willing to work towards the betterment of the society.
(S): Did people initially support you and LAW?
(F): Support is a big word for me. Even friends did not bother to lend an ear initially. Even today we continue to face the same problem that only some people now want to work with us. I still refuse to believe that people are skeptical about our abilities or competence. I trace this problem to the selfish human nature. Many people tell us that they want to work with us but as soon as they realize that we will not be paying any money or that no big name is associated with us, they walk away.
(S): Blogging and raising awareness is good, but what practical work is LAW planning to do?
(F): I disagree that blogging is not a practical work. It definitely is.
Blogging, however, is not our main area of work. Law and man interface is a dreaded aspect so long as man is not aware of his rights and such laws. As such we have launched the ‘Know Your Rights’ Campaign under which we organize legal awareness sessions at educational institutions, slums in the cities, villages and at such other places where we can capture the common masses (both educated and uneducated). We distribute pamphlets which explain laws in lay men’s language. But is this sufficient? Definitely not! Much more needs to be done. But, one has to realize that we have just started working and are in the process of evolution and development. Besides we are resource constrained.
Despite the problem of resources we have established a Centre for Women Empowerment which shall start its operations in the coming month. We have also launched a ‘Safe Drinking Water’ Campaign. We have planned many more things but implementation would take some more time.
(S): Tell us about few of the initiatives LAW has planned.
(F): Well, there are many things which we have considered. Planning is still to take place. We shall keep you updated as and when we launch any program. In the meanwhile, I would just disclose that we have constituted a dedicated team to work on legal education. We are trying to establish a coaching centre to provide free coaching for CLAT (in addition to free lodging and food). As and when the same is finalized, we shall inform you.
(S): Any plans of making LAW a national organization?
(F): Yes, of course. We intend to become a national organization. In fact, we have already started expanding. We are already working upon a team in Bihar. And, we are ready to start our office anywhere where people want to join and work with us selflessly and seriously.
(S): How do you convince people who say “this cannot be done” or “nothing will change”?
(F): Our team does not waste time on trying to convince people. We invest this energy in working. We associate all those who seriously want to work with us and then we start working. People themselves get convinced!
(S): In what way do you feel law students can help you?
(F): Law students are the people who can help LAW and in turn our country the most. Every person can contribute in his/her own way. We have different Centres – Centre for Legal Awareness, Centre for Basic Amenities, Centre for Women Empowerment and the Centre for Environment Protection. People who are willing to work in any of these areas can join us and start working with us. It does not matter where they reside or to which part of the country do they belong to. We are always willing to expand and work as long as we are able to do some good.
[Anybody who is willing to join Law for Aid and Welfare can contact them here].

« Slaves of God: A Look into the Devadasi System Prevelent In India
Voting Trend In Metros:- Why Mumbai. Bangalore & Hyderabad Voted Less. »