Slaves of God: A Look into the Devadasi System Prevelent In India

Editorial Team 5th May 2014 Slaves of God: A Look into the Devadasi System Prevelent In India2017-08-15T11:47:33+00:00 National No Comment
Devadasi (Servants of the God) system is a religious practice in parts of southern India, including Andhra Pradesh, whereby poor parents marry a daughter to a deity or a temple. The marriage usually occurs before the girl reaches puberty and requires the girl to become a prostitute for upper-caste community members. Such girls are from then for ever known as Jogini. They are forbidden to enter into a real marriage. 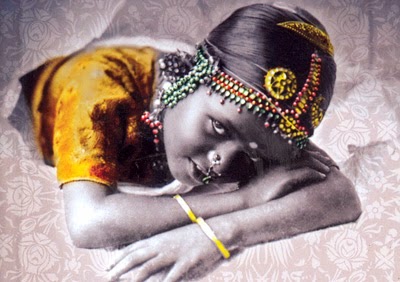 The beginning of this tradition can be traced to inscription found in ancient Hindu temples. The word Emperumandiyar, which was used in the sense of Vaishnavas before 966 A.D., got the meaning of dancing girls, attached to Vishnu temples, in inscriptions of about 1230-1240 A.D. in the time of Raja Raya III. In Maharashtra, they are called ‘Devadasis’ meaning female servants of God’. They were poor, low-caste girls, initially sold at private auctions, and later dedicated to the temples. They were then initiated into prostitution. One can refer to the list put forward by the famous Indian scholar Jogan Shankar to determine the evolution of the system. According to him, the following are the reasons which played a major role in supplanting the system with firm roots:
1. As a substitute for human sacrifice.
2. As a rite to ensure the fertility of the land and the increase of human being and animal population.
3. As a part of phallic worship which existed in India from early Dravidian times.
4. Sprang from the custom of providing sexual hospitality for strangers.
5. Licentious worship offered by a people, subservient to a degraded and vested interests of priestly Class.
6. And lastly, to create custom in order to exploit lower caste people in India by upper castes and classes.

On the basis of the historical studies and research one can see the way the “sacred prostitution” established itself and grew to become a part of the Indian society. According to Chau Ju-Kua, an ancient traveler, Gujarat contained 4000 temples in which lived over 20,000 dancing girls whose function was to sing twice daily while offering food to the deities and while presenting flowers. Eminent Indian historians like R.C Mazumder and U.N Ghoshal have corroborated these facts. They have acknowledged the “high proportion” in the number of the “devadasis” in the temples during the medieval period.

Sadly, due to the continuation of the factors responsible for the birth of the system, the tradition has maintained itself over the centuries. It is found in all parts of India, but was more prevalent in the south. In some parts of Maharashtra and Karnataka it is still prevalent and has become a source of exploitation of lower castes.
“Since the day of the initiation, I have not lived with dignity. I became available for all the men who inhabited Karni. They would ask me for sexual favors and I, as a jogini, was expected to please them. My trauma began even when I had not attained puberty.” (Testimony of a 35-year-old former jogini named Ashama)
The devadasis, spread all over India, lead intolerable lives. They have been quenching the thirst of millions of upper caster Indian male’s lusts. Since the inception of this deplorable system, the joginis have been subjected to merciless subjugation and injustice. They were not only used as objects of sex but were also forced to do all the work of the temples and serve the priests. 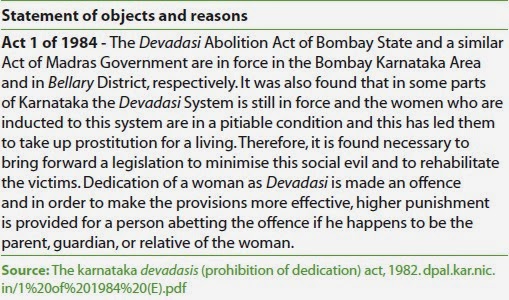 “Many of these women were tiny girls when they became devadasis, “dedicated” to the sect by poverty-stricken parents unable to pay their future dowries and hopeful that a pleased goddess would make the next pregnancy a boy. Tradition has for centuries locked devadasis into a proscribed and highly stigmatized social role. Forbidden to marry or work outside the temple, they have spent their lives tending the shrines and decorating altars, singing and dancing, telling devotional stories and collecting coins from worshippers to support themselves and their religious work.”

They continue to face discrimination and indignities on the basis of caste, remain politically powerless and suffer from acute poverty, oppression and exploitation. They run high chances of acquiring sexually transmitted diseases. Although in independent India, many steps have been taken to prevent the system and rehabilitate the devadasis, they are not enough to improve the situation as the root cause of poverty continues to push young girl to the roads of “sacred prostitution”.
The “devadasi system” is a heinous practice as it degrades women to the lowest levels. It has no place in a free and civilized society. However, it was declared illegal in India as late as in 1988.” It raised hopes as many thought the prohibition would eradicate the system for good.
“Many government programs were launched to stop this menace and redeem these women folk from this dehumanizing status. Since proper motivation and follow up are not taken up all these programs failed.  Few reasons behind the failure for the same are the following.
Even today in rural parts of Indian, young girls are sold temples in the name of God to spend their lives as sex slaves forever. The Government has long since abandoned them. Only the Supreme Court is their only savior now.
Reference:- http://iml.jou.ufl.edu/projects/Spring02/Chattaraj/index2.html