Jamie Donoughue is an Oscar-nominated British film director, producer and writer. He is best known for directing short-film Shok that earned him critical appraisal and multiple international awards including Academy Award for Best Live Action Short Film nomination at the 88th Academy Awards. In 2016, he directed two episodes of the critically acclaimed BBC / Netflix drama The Last Kingdom. Here is an interview with Jamie, focusing on his moving short film, Shok.
[This interview was originally published by the Red Elephant Foundation and can be read here]
Could you start by telling us a little about yourself? Your growing years, education and professional trajectory, perhaps?
Ever since I was young my true passion was actually Judo and for many years this is what I wanted to do professionally. The first bit of filming I ever did was to film a local Judo contest and I guess this is where I got the bug. After finishing school I worked for a production company in my year out and then went to University to study TV & Film. During this time I worked at a local TV station, camera operating and directing. After leaving Uni I set up a production company making music videos. We were fortunate to grow quickly and had a lot of success working with some incredible artists around the world. However, my true passion was always in drama. So after a (very early) midlife crisis, I decided to move in that direction, starting with my first short film ‘Shok’. Shok has since provided me many incredible opportunities. I have just finished directing on season 2 of the BBC/Netflix Drama ‘The Last Kingdom’ and am currently in development of my own TV show with NBC Universal.

Back in 2010 I randomly visited Kosovo to shoot a commercial as a favor for a friend. It was planned as a three-day trip. Then the Icelandic Volcano erupted and I found myself stranded there for five weeks. I say ‘stranded’ but the truth was it was the most incredible time of my life; I didn’t want to go home. I met some amazing friends and was overwhelmed by the generosity and hospitality of the Kosovar people. Over time they began to tell me their stories and I could not believe what had happened less than ten years ago on my doorstep. It’s only when a person looks you in the eye and tells you their story that you fully understand the true meaning of the word ‘war’. What inspired me most, however, was that there was no anger, rather just a desperation for their stories to be heard. I wanted to give something back to them and tell as many people as possible about what I had learnt. 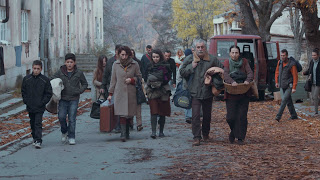 What kind of preparation went into dealing with something so nuanced and painful?

I knew very early on that I wanted to tell a true story based around people not events and most importantly relate to an audience by exploring the lives of the children during this time. One of the biggest challenges however was choosing what story to tell. Literally ever person in Kosovo had been affected by the war and each of their stories are as painful and inspiring as the next. One key story I landed on was of my good friend Eshref Durmishi. He survived the war and became an actor and actually ended up playing the part of his aggressor in film. My main concern however was to create a film that was true to the people of Kosovo, but yet appeal to an international audience. I did not ever want to be seen as a foreigner coming over and ‘using’ the country for its stories. The only way to overcome this was to truly understand the culture and the people. I therefore spent the next four years learning and researching everything possible about the country. I stayed with many families, meeting and interviewing hundreds of people. I ate, drank and lived Kosovo, even learning the language (granted very badly). Only after all this did I feel the time was right and I could represent them in the most honest and respectful way. 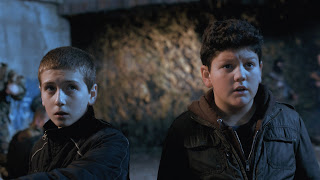