On May 13, 2018, an unprecedented 59,000 students wrote the Common Law Admission Test, the national law entrance examination. The number of law aspirants in India has been rising spectacularly over the last few years, but the expectations about the fair conducting of the exam have only fallen year after year. This year’s edition has been the worst in the history of the exam, with widespread complaints pouring in from all corners of the country.

The most frequent issue that seems to have been felt by hundreds of students is that the questions did not get displayed on their screen at 3:00 PM, when the exam was supposed to start, and they faced around five to ten minutes of delay before the first question showed up. In other cases, when the screen opened, the questions or the options were missing or were still encrypted and did not display properly.

Another widespread issue had been that the systems provided to candidates repeatedly hanged or shut down, or the screen froze, all while the timer counted down their time. All of this resulted in delays and loss of time, in an exam where attempting all 200 questions is difficult even with the two hours utilized completely. Further, when there are 60,000 students writing the exam, fighting for just around 2000 seats, a difference of a mere 0.25 mark is sufficient to alter your future. It is the difference between a rank that gets you an NLU, or one that forces you to drop a year or let go of your dream of studying law.

Additionally, another serious issue has been that of corrupt hardware, such as malfunctioning mouses and monitor screens. Other complaints that have been heard relate to bad infrastructure – many centres did not provide proper chairs to candidates and made them write the exam in the heat without switching on the AC or the fans, nor did they provide them with water in the mid-May heat. Many candidates also complained of ill-behaved and unhelpful staff at the centres, who in addition to causing delays themselves, also went on to pick fights with students while the exam was going on!

But perhaps the most serious complaint raised so far is that of improper invigilation. Stories are being shared of multiple centres in the country where the invigilators walked out of the room or simply allowed the candidates to talk and discuss questions amongst themselves. In other cases, where the computers stopped working, or the screen froze in the middle of the test, the centre staff scuttled about helplessly, while the candidates were allowed to have a discussion about the questions they attempted so far.

Parents complain to the police while invigilators argue right next to the computer lab, all while the exam goes on in a center in Varanasi.

Adding to an ever-growing list of reminders that goes into every article that talks about the CLAT every year, this is not the first time that CLAT found itself in a hot mess. The first CLAT, held in 2008, is the only edition to have been conducted without any controversy. In 2009, there were allegations that the paper was leaked. In 2011, the paper was found to have some answers underlined among the MCQs. In 2012, the organizers gave explicit instructions saying certain question types would not be featured, unlike previous years, only to include many such questions anyway. In 2014, the rank lists and results were messed up. In 2015, many questions were found to have wrong or no answers. And even while exceptionally easy, 2016 still had a few errors in its answer key. The 2017 paper also followed suit and had around 15 errors in its questions.

If these issues related to the conduct of the nation’s premier law entrance test are not enough to shake your conscience, let us contextualize this a bit further. Each of the 59,000 candidates who wrote the exam this year was charged a whopping Rs 4000 for registration by this year’s organizing University, NUALS Kochi. This means that the University generated a revenue of Rs 23 crores for conducting this examination. An industry insider will be able to tell you that a fraction of this amount goes into conducting an online examination without any glitches. It is clear that this year’s technology partner, Sify, had not properly vetted their examination centres, or attempted to conduct a meaningful sensitization programme for their staff before the exam. NUALS Kochi must respond appropriately, taking steps to address each of the grievances, while detailing exactly what the 23 crores were spent on, if not on finding an effective technology partner.

While this year seems no different in terms of the CLAT tradition of inefficiency being followed, the number of issues that are being reported (even before the answer key has been released) is of an unprecedented level and nature. This time, action needs to be taken by the government swiftly, especially in light of the Class 12 CBSE Economics retest that was conducted citing justice and faith in the Indian education system. 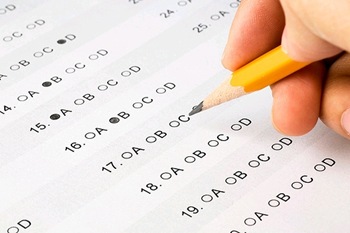 In case no action is taken this year, law aspirants across the country will lose the little faith they have in this exam, and will choose to study a different stream instead. Keep in mind that coaching centres charge between ₹1-2 lakh for CLAT training, and many students from middle-class backgrounds are unable to afford the amount. The students who are able to drop a year, are those from affluent backgrounds who can finance the coaching and can afford to spend another year studying. All this exacerbates the lack of access to legal education for students from lower socio-economic backgrounds, a fact that is painfully evident in the demographics of all National Law Universities.

A plea for a retest is already being heard through online petitions and in social media portals. Another important requirement in this regard is the constitution of a permanent CLAT body that is responsible for organising the national law entrance test. So far, CLAT has been conducted by each of the NLUs on a rational basis, with each edition being conducted by a different university, resulting in opaque administration and lack of accountability.

Having such an independent body for the conduct of a national exam, such as the Joint Admissions Board for the IITs, is important to bring transparency to the system and to hold relevant persons accountable, and avoid exactly the kind of issues that candidates faced this year, and previously as well. The issue has been fought for in the past, with an important writ that was filed in 2015 still being heard by the Supreme Court. One can hope that this year’s protests will finally result in the Court intervening and bringing some meaningful resolution to the issue.

While it might seem futile to fight against this year’s debacle considering the lack of impact of previous year’s protests, this year’s fiasco is far graver than the previous ones. With thousands of school students now looking at law as a viable career option, it is also an important time to set things right and assure them that all their time, money and efforts will not go in vain. At least now, after all these years, let us teach the future generations of India’s lawyers what justice and integrity look like.

Please participate in this survey if you have faced issues during CLAT 2018.

[Republished from Youth Kia Awaaz with due permission of the author] 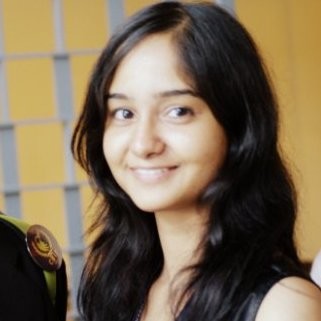 Vennela Krishna is a final year student at NALSAR University of law who heads Law School 101, an initiative to improve access to legal education in India.

« Effect of Menstruation on Mental Health of Women
Interview with Mariuma Ben Yosef, Founder of Shanti House – An Oasis of refuge in the Desert »