Menstruation is a biological process of ovary reproduction, that women experience on a monthly basis (an ideal cycle is of 28 days, whereas normally it can vary between 21-35 days). As routine a process, it does come with pain, cramps, irritability and hormonal fluctuation in all women. Often, the term ‘PMS’ is associated with the phenomenon of menstruation. Premenstrual 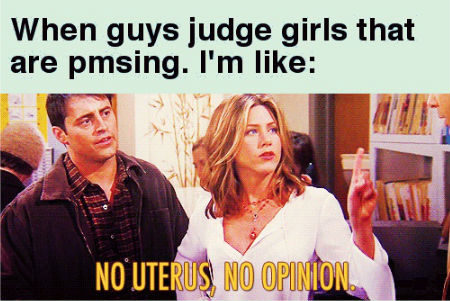 Syndrome (PMS) refers to physical and emotional symptoms that occur in the one to two weeks before a woman’s period. Symptoms often vary between women and resolve around the start of bleeding. Common symptoms include acne, tender breasts, bloating, feeling tired, irritability, and mood changes. PMS affects 30-80% of women and tends to affect pregnant women, more. The key is to be sensitive and not label every woman as ‘PMS-ing’ because of two reasons- (a) PMS is not an illness (PMDD is an illness that affects approximately 2-5% women) nor a label, rather it is an inevitable hormonal imbalance that every woman experiences owing to the menstrual cycle and, (b) The intensity of experiencing PMS differs from one woman to another.

Before we dive into reading further, it must also be borne in mind that there is an existing inherent bias towards women in the socio-politico-economic spheres of life on a day-to-day basis. It is well known that there are ridiculously stereotyped and prejudiced reasons as to why women are bleakly accepted in competition to men whether at home or in the workplace. In the day and age of working lifestyles, women have attempted to overcome the shackles of patriarchal hold to establish themselves as career-oriented, aspirational individuals. Work stress, changing lifestyles and many other stressors though exist commonly for the society- they tend to affect women more due to various psycho-social disadvantages.

The menstrual cycle has attracted research interest ever since the 1930s. For many researchers, the menstrual cycle is an excellent model of ovarian steroid influence on emotion, behavior, and cognition. However, there is a part of the historical record that then stated that menstrual cycles had no effect/impact on the cognition and emotions of women. Growing advancements in research confirm contradictory findings of emotions, behaviors, and cognitions being affected by the menstrual cycles. Menstruation signs are among the most common and are influenced by various environmental and psychosocial factors. It is crucial to remember that contextual factors affect the experiences of a woman during menstruation.

To understand the effects of menstruation on women’s mental health, the phenomenon must be understood from a biological-psychological-sociological perspective. There is no one reason that stands alone to explain the cause and consequence of any phenomenon experienced by the individual and the similar holds true for understanding the effects of menstruation on the mental health of working women. Biologically, a woman’s menstrual cycle affects her brain in a number of ways, for better or for worse. Estrogen, progesterone, and testosterone are the three involved hormones that fluctuate during a woman’s menstrual cycle. The brain structures affected the most by the estrogen-progesterone surges and drops are hippocampus, hypothalamus, and the amygdala. The surges of these hormones can influence a woman’s mood, self-esteem, and how she connects with others. Research has also shown a discrepancy in the cognitive performance of women during their menstrual cycle and otherwise- indicating that the visuospatial capabilities are compromised accompanied by mood swings, pain, and irritability. It is well documented that minimal cognitive compromises are consequent to pain. The decision-making capacity also is affected during the menstrual cycles. Thus, psychologically, women’s health does get affected too. Scientifically, menstruation is also associated with anxiety, depression, and stress.

Apart from the biological and psychological burden during the days of the cycle, it is obvious to succumb to social stressors, work pressure and work inequalities that exist and may tend to be more obvious during these days. Socio-demographic factors such as the age of women, interpersonal relationships at home, professional ties at the workplace and overall physical health are important factors that affect the experience of women, even during the menstruation phase. The menstrual health is also affected by the duration of the cycle, whether it is a 28 days cycle, 21 days cycle or 35 days cycles, other emotional and cognitive accompaniments with menstruation, physiological changes in the body during menstruation, existing medical history, PCOD or various other such factors. 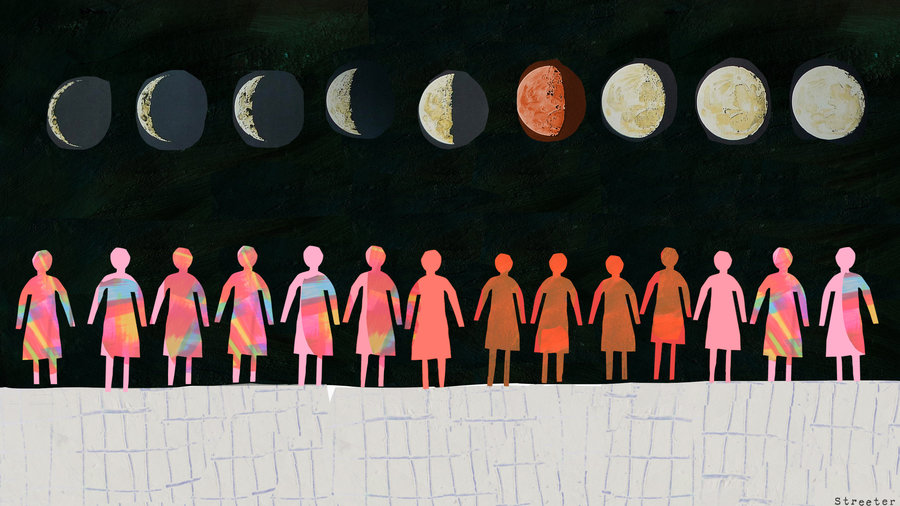 Corporates in the USA and Europe and small-scale organizations and NGOs in India as well, some of them, have granted women an off during the first or second day of their menstrual cycle off, granting them leave for better health.

Though it may not be mandatory, it is important that we, as a society, be sensitive to the experiences that women go through during menstruation. Research points out the brain is affected and there is no correlation between brain functioning and menstruation. However, as the prerequisite, one must understand that menstruation is an inevitable phenomenon in women- it is accompanied by pain, cramps, mood changes, hormonal imbalance and physiological changes that are bound to affect the woman’s physical and mental health. however, it stands as an individualized phenomenon- menstruation experiences differ from one woman to another. Where one woman may experience extreme mood changes and irritability, the other may suffer from severe abdominal pain and yet another may be as unaffected. It is not always necessary to fix some problems if we can be understanding of them and supportive in nature. The leave during menstrual cycles can be an option without being a mandate considering the better physical and mental health of women, who equally are a part of the human race. An inclusive policy of appreciating womanhood can help us unite and grow manifold.

About The Author: Pragya Lodha works in the field of Clinical Psychology and Psychotherapy. 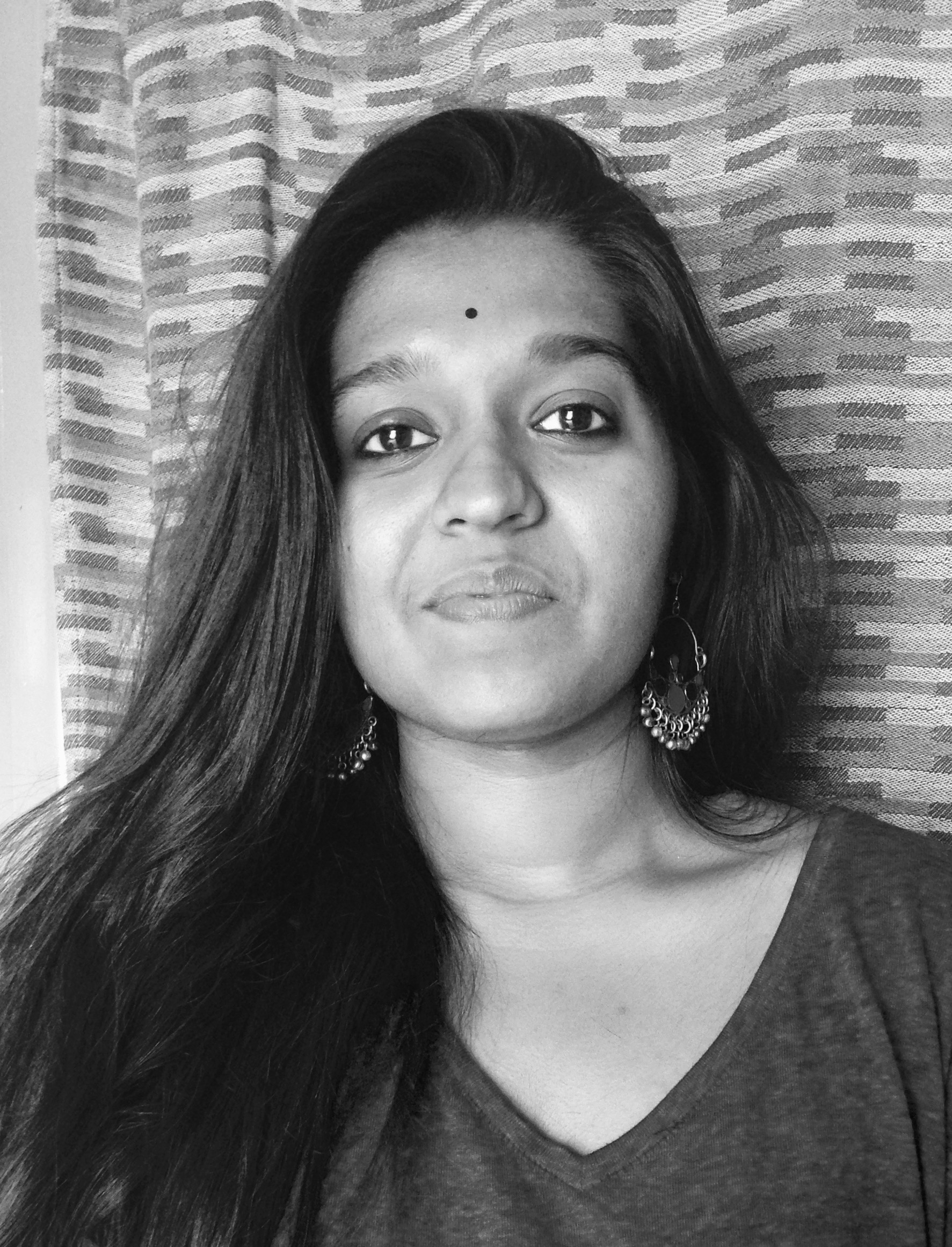 She is the Honorary Assistant Editor of the Indian Journal of Mental Health and works as a Research Assistant at De Sousa Foundation, Mumbai with over 20 National and International publications. She is the COO of One Future Collective and has been working in the field of mental health, engaging in various on the ground and online projects. She also works as the Mumbai Programme Director at The MINDS Foundation, Gujarat. Presently, she is also the India Coordinator and Leader for an Indian-European Project called “Advocacy for Mental Health: Create Leaders to Innovate and Break Stigma”. Pragya aspires to see mental health as a comfortably addressed domain in India, in the coming time.

« BITSians Protest Against Fee Hike: BITS to hike fees by 15% every year!
CLAT Exam messes up again! Puts careers of thousands of students at risk! »