The question of a trade-off between peace and justice is not new. Didactic for the observer, the compulsion to choose between the two is a reality for many, many people across the world, particularly in the aftermath of a war. Oftentimes, dictators and ruthless leaders are responsible for war crimes, crimes against humanity and genocide. Though evidence points in the direction of their complicity or outright involvement, they have been acquitted of all charges when tried, or even exempted from any legal process altogether through amnesty deals that give them complete immunity from judicial process.

It isn’t completely incomprehensible that this is often the route taken. When war erodes a country’s social, economic and political life, it impacts every inhabitant. Access to food and clean water becomes an insurmountable challenge, violence takes over and physical safety remains threatened. Houses are razed to the ground and property that once was no longer remains. The common civilian finds his expenses mounting for the bare essentials that manifest themselves only in the underground or in the black market. He lives under a constant threat – that he or those close to him will be forced to face a dangerous predicament, and become one of the many in the death or war crime statistics. 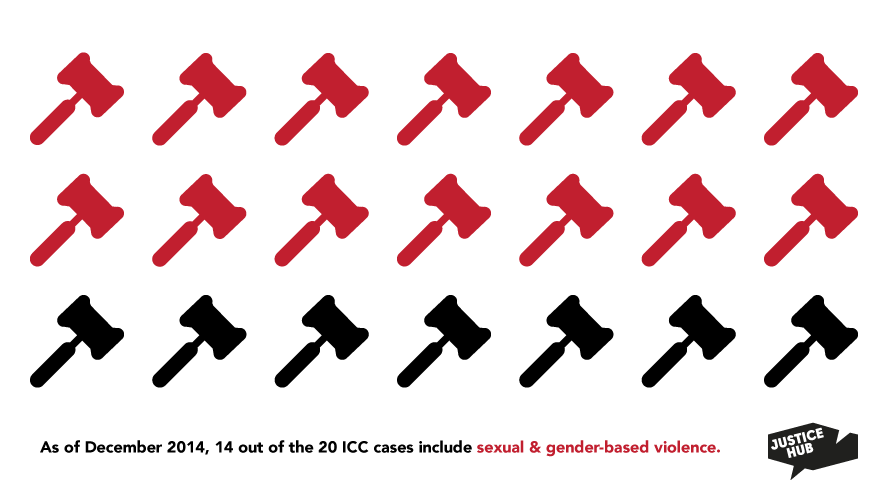 In situations like those, it isn’t altogether unacceptable that a person in war would be forced to choose peace, even if it means that the leader who allowed the atrocities to happen will be escaping trial: anything, as long as he isn’t going to commit the atrocities that he did.

However, there’s a downside to making that choice. The peace that arrives at the cost of justice is unsettled, impermanent and full of simmering undertones of tension underlying it. Try Charles Taylor’s case. While still the President of Liberia, he was responsible for several atrocities he orchestrated and implemented in neighboring Sierra Leone. He was offered amnesty, initially, and then lived elsewhere until he started making attempts to assassinate other leaders. Had he not been given amnesty in pursuit of temporary peace, he could have been tried earlier and had that happened in time, he would not have been behind the conception and attempts of assassinations.

Understandable that it can be seemingly simply impossible to make a leader stop his atrocities against his own people. The most that the world can do is to make a choice between wringing its hands and watching on or to intervene in the country – which as time has proved over and over again, has only been doubly destructive. The middle path – or the imposition of sanctions – does nothing to deter a leader, as the civilians are the ones who wind up suffering under its burden. The available international machinery to try those behind crimes in conflict – the International Criminal Court, has a hindrance in the form of the rule of complementarity, and the fact that it has jurisdiction only as a court of last resort, where it can take over only if a country is unwilling or unable to prosecute a leader – in which case a Security Council resolution under Chapter VII (needing consent of the permanent members) is a prerequisite.

Nevertheless, while this has been so, the mere threat of prosecution has made several leaders of the world wake up to reality and surrender to the law, such as Slobodan Milosevic in the ICTY, when Louise Arbour decided to prosecute him for his atrocities against the Kosovars. There is plenty of evidence to prove and assert that peace should come through justice, and not at the cost of it. There is a copious material through written judgments and statutory provision that speaks tremendously of how sexual violence falls on the wrong side of the law as being a constituent crime of ‘war crimes’, ‘genocide’, ‘crimes against humanity’ and ‘torture’.

Efforts need to culminate in securing peace through justice, and not at the cost of it. The first step would be to get the non-signatories in the international community as a whole to wake up and warm up to the prospect of signing and ratifying the Rome Statute of the International Criminal Court. Secondly, there should be a more comprehensive expansion of the court’s jurisdiction. This does not mean suo motu powers for that might warrant arbitrariness of a different kind altogether, but rather, a mechanism where the world community can ensure that a leader is brought to book if he has a hand to play in committing war crimes and other atrocities against his own people. This would put a barrier against attempts at seeking and granting amnesty.