Men are as many victims of sexual violence as women are. The war-ravaged warlord-based impunity in Afghanistan allowed the age-old practice of bacha-baazi to thrive in abundance. The Bosnian war saw the vilest forms of castration take place. The protracted armed conflict in DR Congo created a thriving hotbed of sexual violence of men at the hands of the rebels. As the war in Syria continues, men are subjected to sexual violence in detention centers – including even the ghastly form of electric shocks to their genitals. At the outset, it is important to understand that sexual violence against men in a conflict setting is not something confined to being perpetrated by homosexual men exclusively, but by heterosexual men as well. 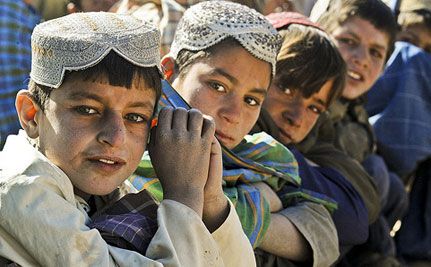 As it happens with women who suffer sexual violence in conflict, sexual violence towards men is not about lust. It is directed towards men with the same intention as it is directed towards women with that of dominance. The stakes are “higher” to the perpetrator if a man is subjected to sexual violence, for not only have they imposed dominance, but they have also emasculated their enemy, or have “feminized” the enemy. Sexual violence against women is a part of the policy of dominance, but this dominance is multiplied further if such violence is directed against men. It becomes a case of asserting dominance aggressively, as war is all about breaking society. By subjecting a man to sexual violence, an act of defilement is committed on their person with the intention of humiliating them. The purpose of using sexual violence against men is to break the men who are supposed to be guardians of society, the breadwinners of families in a social setting, and to erode the sanctity attached to their masculinity. In this backdrop, it is definitely true, therefore, that these are planned and anticipated results.

The consequences are a testimony to their reasoning. To men who suffer sexual violence or rape, coming out with their story is not just painful but also terribly difficult considering the taboo that surrounds the issue. To men who suffer sexual violence or rape, the situation they faced becomes a representation of how “incapable” they have been rendered, or how they failed in being the “men they should be”. From being stigmatized to being perceived as homosexuals by their xenophobic community, (the author wishes to assert that she uses the aforementioned term only to convey that in certain communities, homosexuals are stigmatized for their sexual orientation), men who survive sexual violence face the risk of being turned out of their homes and families. Sometimes, these men also run the risk of being called women.

« Can High Functioning Individuals Suffer from Depression?
Prime Minister finally breaks his silence and speaks on the Kathua and Unnao rape cases »