Why We Need To Actively Involve Indian Citizens In Urban Planning

Sourya Banerjee 24th January 2017 Why We Need To Actively Involve Indian Citizens In Urban Planning2017-08-15T11:30:44+00:00 Editors Pick, Law & Policy 1 Comment
Over the years, governance structures in most Indian cities have followed a simple and traditional top-down approach with little or no room for citizen engagement. People rely on the good intentions of the mayor or the municipal corporation, who they trust will take decisions in the overall interest of its citizens. This system has worked fairly smoothly in most Indian cities as the focus of urban local bodies has essentially been on the provision of basic services. And while expectations may have remained low, in the situation that the unofficial trust code is broken and the citizenry are disenchanted with the local administration, there’s not much recourse available to remedy the situation in the short term, and the status quo prevails.

No real framework exists within local government structures to ensure participation of the citizens in developing a city’s agenda or plan.

However, this status quo in Indian cities is now being challenged by two key developments. The first is that cities are now confronted with newer challenges that were either irrelevant or considered unimportant in the past. Today, cities need to have plans in place to deal with climate change and its effects, develop resilient infrastructure systems, build and secure data network processes, ensure social cohesion etc. 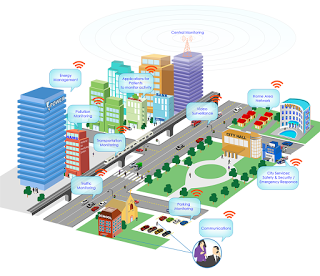 The second and more important development is that India is getting younger by the day. Now, 761 million aspirational Indians are between the ages of 15-64. With estimates of 462 million now having some access to the internet and another 140 million to be added to the middle-class by 2025, there is a real chance to capitalise on the quickly changing demographic situation. In light of these changes, the idea of participative governance may well begin to be seen as the norm rather than the exception.
The challenge, though, is that no real framework exists within local government structures to ensure participation of the citizens in developing a city’s agenda or plan. Involving citizens is merely seen as just one of many boxes to be checked in the whole planning process. Till a decade ago, the easiest way to tick this box was to organise an essay-writing and painting competition calling for proposals and ideas. In the present day, some amount of money is invested in developing a website, an Android app or a Facebook page through which citizens can respond by providing their suggestions or uploading pictures of potholes and suchlike.
More recently, as part of the Smart Cities Competition, several cities sought to seek inputs from the citizens in order to be graded highly and make the final cut. However, as various reports have now emerged, most decisions with respect to the design and planning were already in place and these events were merely a façade to promote what had already been decided.
The current approach is far from participative. Cities hire international consultants like McKinsey, PwC, E&T etc. who then seek out technology vendors such as Cisco, Siemens, Tata, L&T, Microsoft that offer solutions like intelligent traffic management systems, smart street lighting solutions and a bouquet of IoT services. These projects are then incorporated into the overall plan. Some effort is made to show that the projects were a culmination of extensive consultation with the citizens and the community, which is far from the truth.

Some effort is made to show that projects were a culmination of extensive consultation with the citizens and the community, which is far from the truth.

When confronted about this phenomenon recently, an IAS officer was quick to point out to me that while having utopian notions of ensuring inclusivity in the planning process makes for great prose and intellectual debate, it was easier said than done in a complex and densely populated country like India. The top-down approach is so deeply embedded within our governance systems that the overall economic, political and social cost of charting a new pathway might in fact be counterproductive, particularly in the short term. Although cynical, it was a valid reservation. There’s potentially more to lose if citizen engagement only delays the planning process, owing to little or no organisational capacity within urban local bodies or the lack of interest among other stakeholders, including the citizenry

In the current paradigm, it’s become all about getting the ball rolling on the ground in the shortest possible time. The situation in our cities is already so bad that rapid prototyping and deployment of different technology solutions is seen as the only way out in the existing ecosystem. In this process filled with uncertainty, some projects may succeed and these may be scaled and implemented elsewhere. This method of constant trial and error is synonymous with a view held by noted American urban planner Robert Moses:
“You can draw any kind of pictures you like on a clean slate and indulge your every whim in the wilderness in laying out a New Delhi, Canberra and Brasilia, but when you operate in an overbuilt metropolis you have to hack your way with a meat axe.”

The top-down approach is so embedded… that the economic, political and social cost of charting a new pathway might in fact be counterproductive, particularly in the short term…

As we reimagine what our cities and public spaces could look like in the 21st century, there is an immediate need to support cultural pluralism while incorporating a spectrum of voices and histories that promote participation and engagement. In principle, the Union Minister for Urban Development, Venkaiah Naidu ranks citizen engagement very high on his priority list. While it is still left to be seen if this translates to an institutionalised change in mindset, several micro-initiatives championed by the local community and civil society are now taking shape independently in a number of cities. The government apparatus must assume an ethical obligation to work in a collaborative fashion to gather the voices of community members. It must advocate for this diversity of voices on their behalf as well as provide the necessary impetus to pilot, scale and institutionalise successful initiatives.
If done right, technology can play its part in citizen engagement. For example, the city of Nagpur has identified a 6-kilometre “smart strip” to be equipped with a range of state-of-the-art ICT interventions such as smart transport, solid waste management, smart lighting etc. As citizens go about their lives around this 6km strip, the government will be able to gauge the degree of success of each service through constant feedback gathered from users. Big data also can potentially reveal patterns, economic trends, and associations relating to human interaction with technology.
Small data, a concept pioneered by author Martin Lindtsrom, will also be critical. In the framework of the city, small data would refer to planners and designers relying on a mix of keen observations of small samples and applied intuition by spending time with real people in their own environments and understanding how they interact with the city. Both big and small data are equally vital and one cannot possibly work without the other. In the words of Lindstrom, if we want to glean real insights, big data and small data would have to be “partners in dance.”

[Republished with due permission of the Author. Originally published here] 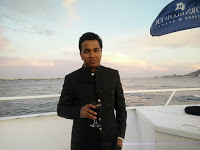 Nandan Sharalaya is a German Chancellor Fellow and is sponsored by the Alexander von Humboldt Stiftung and the Institute for Industrial Organisation at WHU, Otto Beisheim School of Management. He is also the Founder & Editor of The Decent Neta.

« Demon-itization & Terror Financing: Are we there yet?
Second ‘Enervions’ International Essay Writing Competition by College of Legal Studies, UPES, Dehradun in collaboration with Surana and Surana International Attorneys, Chennai, India. »