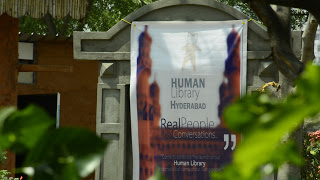 Sourya (S): What inspired you to start the Human Library movement in Hyderabad? Please tell us something about the history and origins of the Human Library movement.
Harshad Dinkar Fad (H): I have always believed in and experienced the power of meaningful conversation. The positive change it can bring to an individual. When I came across this meme on Facebook talking about Human Libraries the first thing I did was frantically search for one in India as I was intrigued by the concept and its potential. This was in 2016 when we had no Human Library in India which was quite surprising to me as I thought if there’s one country that needs Human Libraries most it is our plural democracy where lifestyle changes every 50 KM’s you travel. So I visited the Human Library Organisation’s website and applied to be an organizer. During this time, probably in November Mrs. Amrita Goel conducted the first Human Library event in India at IIM Indore. It was wonderful to see the concept finally being introduced in India and the positive reception it had there. Finally, it was in March this year that we had our first Human Library event conducted in Hyderabad with 10 wonderful human books and around 70 readers gracing the occasion.
You can read about the history of Human Library Organisation’s origins and how Ronnie Abergel, the inventor of Human Library concept took the concept across the globe here: humanlibrary.org
(S): Did you expect the kind of response you have received?
(H): I expected it to be received well by everyone but certainly did not expect it to become a national phenomenon.
It all started with a really nice article by TheBetterIndia on Human Library Hyderabad’s first event and the movement worldwide that went viral. I guess that gave us a very good reach and identity all over the world and not only India as there were calls from UK, Mexico, Columbia, Pakistan, Bangladesh, and many other countries. What it did in effect was that many people were willing to start a Human Library in their cities and today we see the number only growing every month. 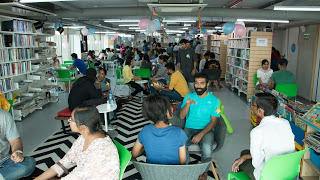 (S): Which book/author would you say has had the most impact on your life?
(H): Jim Corbett. His writings made me fall in love with nature, people, and life. Unconventional choice but it’s in his writings that I found solace.
(S): Can you tell us how does a Human Library work?
(H): Human Library works like any other standard library, the only difference is that the books are replaced by humans, reading is actually a conversation and you have to return the ‘books’ in half n’ hour. (borrowing time differs event to event)
A reader can walk in, check out the human libraries book catalog that has the titles and synopsis of the books and borrows one of those human books for a conversation session.
(S): Is there any one story in Human Library Hyderabad which you consider special for you?
(H): There are many. One of our books was a domestic violence survivor and she told me how not very long ago she wanted to end her life but today after talking to so many strangers and feeling the care and warmth from them, she was glad to have lived for that day. Her smiling face has stuck in my memory forever now.
(S): How do you think has the Human Library movement benefited people or society so far?
(H): People after being a reader at the Human Library have been able to understand the differences in our society. When we don’t understand something we fear it, we have insecurity about it on our mind, Human Libraries have helped reduce that insecurity and people have become more compassionate and as a society at large more integrated. 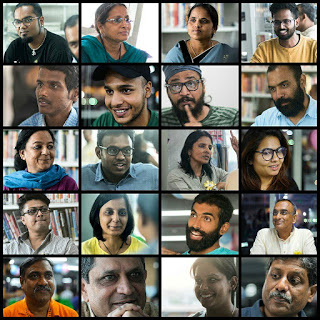 (S): Do you feel the HLH can help breakdown stereotypes?

(H): Yes, it is already doing that. The framework works. We have had people coming and telling us how deep the impact has been on them and they found themselves living with many misconceptions about a certain issue their entire lives until the time they actually met and spoke to someone representing that topic at the Human Library.
(S): Can anyone become a Human Book?
(H): People who have experienced prejudice due to issues such as race, sex, age, disability, sexual preference, gender identity, class, religion/belief, lifestyle choices, career choices or other aspects of who they are or represent can be a Book.

(S): How do you make sure that the “Human Books” are in a safe environment at Library?

(H): So far we have experienced that the readers who came to our library came with an open mind to listen and understand what the books wanted to say. We have been lucky to have a very disciplined and receptive crowd that way. However, on our side, we make sure the readers are informed that this framework is based on mutual respect. The books are informed to categorically deny questions that might be uncomfortable to answer. The librarians also try and talk to the books after every session to see if they are all right and need anything.

(S): Do you have plans to see that the Human Libraries spread all over India?

(H): Yes, of course, there are Human Libraries in Hyderabad, Indore, Mumbai, Delhi, Pune, Chennai, Surat and now Bangalore as well. In the next five years, I guess we will have a Human Library in every major city and town in India.

(S): What is the story in the “Human Book” titled “Life of Harshad Dinkar Fad”? 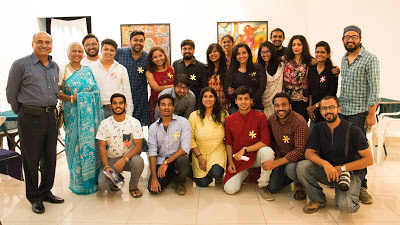