The InfoMission Project- Cause Ignorance Is No Excuse.

Finally our team catches up with Harshavardhan Ganesan, Mooter, Munner, Theater Artist and the Founder of The InfoMission Project. 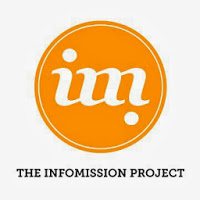 Q) Tell us something about yourself.?

Alright, well my name is Harshavardhan Ganesan and I am a 4th year law student at ILS Law college, Pune. I am generally quite social and am a self-confessed event-aholic. Meaning I need to continuously do something or the other! It doesn’t necessarily have to be work related, but just has to be some activity!

Q) Tell us something about TIP.?

TIP ( The Infomission Project) is an organisation started by myself along with a couple of friends. We are as of now a portal to spread awareness and ideas on matters of urgent importance. We have been trying to spread basic knowledge about day-to-day events to different people across the country, including RTI Act, traffic laws, Aadhar card rules etc.

This originally occurred to me in November 2012, after a Parliamentary debate in Nalsar, Hyderabad. I was thinking about how there are so many rules and laws that even we as educated individuals are not aware about, how will illiterate people be aware of the same? I mean sure, ignorance of law is no excuse, but surely not having access to a portal to understand it is an excuse.

4) Were people initially convinced when you pitched this idea to them.?

I have to admit it took a bit of effort, and it still is taking a bit of effort. I think people just feel that changing anything in this country, is a bit of a tough ask. I always tell my ‘cynics’ ( if I can give our organisation so much importance) that it never hurts to try. I mean our post on the new auto meter rules in Chennai went pretty viral! We had over 15,000 page views on that one, and people wrote in about how helpful the entire info-graphic was. So it is things like that, that pushes us on.

I will be the first to admit, that we have not achieved all that we have wanted to when TIP was first inaugurated. We had a labour-shortage so posts started become to infrequent. We have slowly started kickstarting things again, albeit slowly. So I think my first aim for TIP would be to get back into the groove of constant information feeding, after which, I think we need to move away from merely social media and target schools for various workshops and seminars. That is definitely on the cards.

6) How do you manage everything with college, mun, moot, TIP.?

Funnily enough, I still don’t think I am doing as much as I should, and think I should do much more! It is all about passion at the end of the day, and that is what keeps me going, it gives me a lovely sense of intellectual stimulation that few other activities do! I think my personal motto while dealing with so many different activities, is that have no expectations from anyone but yourself, and make sure that you achieve those expectations. I usually come down on myself quite hard for not being able to meet my own high expectations, my psychologist friends say that is quite harmful to my personality! However, when I do achieve the standards set by myself for myself, there is no greater sense of happiness. So to answer your question in a nut-shell, by being a very strict taskmaster!

7) Tell us something about your experience with Moot Courts till date.?

Well, have done 3 moot courts till date at a national level, and multiple moots within college. Am currently working on a moot court in Vienna in April! Mooting has been a passion right from the first year for me, because it is the lawyer’s ‘practical’ activity. The case laws and citations are our apparatus and the court room is our lab! That apart, I think that the concept of researching on a particular factual situation and pitting your mind against the judge’s, is an amazing activity. I honestly believe that tips in moots are a little redundant, because at the end of the day, each mooter has his/her own style and method of research as well, for example at a recent qualifying moot court competition in college, I went in with just a fact sheet and the bare text of the act, to test myself, if I could convince the judge with logic and voila it worked! However, I would definitely not recommend such tactics to novice mooters! The most tip I learnt through mooting is that we all need to learn to judge the judge. By which I mean, underplay or overplay your arguments in order to please the judge.

8) How long have you been doing MUNs.?

I have been doing MUNs, since I was in 10th standard I think, and have done about 18 MUNs since then. MUN-ing has always been a very important passion for me, and I have loved every bit of it!

9) Tell us something about your experience as the Judge for ICC at CBIT MUN ’13.?

Oh CBIT MUN 2013 was amazing! Definitely one of the best MUN conferences I had been to. It made me get out of my self-imposed MUN retirement. I think it was a very different experience from the other councils I had been in, simply because as a judge, I had to take on a much more active role as compared to other EB roles and members. In fact it was necessary for me to know more than the counsels who argued before me, therefore I needed to brush up a lot on the Rome statute and other international instruments. It was a lovely experience and I can speak for everyone else in my court that we had a wonderful time!

10) What are your future plans after law.?

I have multiple paths before me, but have no idea which one to finally take!

Quoting Robert Frost,
Two roads diverged in a wood, and I—
I took the one less traveled by,
I hope that will make all the difference!

Special Thanks To Harshavardhan for his precious time.

« Religions and Martyrdom Today
Rethinking Nationalism with the Poor »