admin 23rd November 2013 Religions and Martyrdom Today2017-08-15T12:54:31+00:00 National No Comment
Religions
claim the prerogative to illumine matters that are of an absolute order such as
life and death. The mode of these explanations, given the mysterious nature of
these realities themselves, has been in terms of symbols, myths and rituals
which transcend the realms of critical reason. These forms of explanation seek
to reconcile the contradictions in actual life-experience. Martyrdom is one
such religious mode of explaining what appears to be humanly a tragedy. The
construct of ‘martyr’ comes from a particular community which claims him or her
to be someone who tenaciously upholds even unto death all those ideals it
cherishes. In all religious traditions the ideal of martyrdom has undergone an
evolution with reference to the concrete historical context. We note also in
all major religious traditions an interiorisation and spiritualisation of
martyrdom in such a way that this ideal is made accessible to all the believers
of the particular religious community. 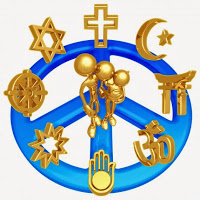 The
victimhood, pain, suffering and death associated with martyrdom are mirrored in
political realities. The ideology, moods and motivations provided by religion
are today transposed to the sites of ethnic, regional and national conflicts.
As a result, we face serious ambiguities which surround martyrdom. As with
religion, the spectrum of martyrdom has become extremely wide in its operation
and interpretation. Martyrdom, like religion, stands for the noblest and also
for the most heinous crimes human beings are capable of- all in the name of
God.
Religious
traditions need to counterbalance the classical ideal of martyrdom with
education for tolerance and peace. Today, blowing out of proportion the martyr
ideal could foster religious fundamentalism and turn religions into the very
opposite of what they claim to be- agents of peace. We do not need “martyrs” of
religious bigotry and obscurantism. Today the world needs witnesses (original
meaning of “martyr”) of love, justice, peace and tolerance, who will be ready
to sacrifice their very selves for greater understanding among peoples, nations
and religions. These martyrs will not be the possession of any one particular
religious community. They will belong to the whole of humankind since through
their sacrifice, steadfastness, fidelity and fortitude, they bear witness to
the universal values of truth, love, justice and peace. Could the various
religious traditions jointly create the climate for the emergence of such
universal martyrs? It involves rethinking martyrdom. That is where we need to
begin.
This Article Is A Part Of The Utopia Series. Utopia is not an unreal figment of imagination, or a chimera we chase in futility. It is the projection of another real order of things, a
different set of values, and a new shape of the world and society. The suppressed identities, women, minorities, Dalits and tribals and all those who are marginalised in any way project their utopias. Utopia leaps out from the shoulder of may struggles to glimpse and experience the new and the different. Critique is indissociable from utopias.
Collected & Contributed By-

« Consumerism in a Society of Negations
The InfoMission Project- Cause Ignorance Is No Excuse. »