Mandatory CSR-“A Cloak for crooks or a blessing in disguise”?? 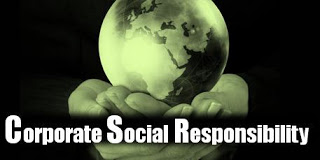 In 1929, the Dean of Harvard Business School,
Wallace B. Donham, commented within an address delivered at North-western
University,
“Business started long centuries before the dawn of history, but
business as we now know it is new – new in its broadening scope, new in its
social significance. Business has not learned how to handle these changes, nor
does it recognise the magnitude of its responsibilities for the future of
civilization”
It
is now an accepted fact that the symbiotic relationship between a business and
the society cannot be ignored. The
whole purpose of the legislature is to create a regulatory framework which
guarantees due freedom of business to companies along with being continuously
socially responsible. This indeed would lead to the development of the ideal
paradigm for sustainable business practices. The activity of carrying on
business in the era of 21st century is not all about making big time profits
and minting money in millions and trillions The very concept of CSR or
“Corporate Social Responsibility” lies in the understanding and realisation of
the basic law of nature which says that “We do not inherit the Earth from our
Ancestors; we borrow it from our Children”.  The concept of
“corporate social responsibility” was coined in 1953 with the publication of Bowen’s ‘Social Responsibility of Businessmen’.
Since then, it has been a highly hyped and debatable issue.
The concept of “mandatory spending” by the
companies has been incorporated for the first time in the books of law in India
and thus the new companies bill marks an innovation in the history of the
concept of corporate social responsibility.
Features of CSR as incorporated in the new companies Bill
1)
Now by virtue of Clause 135 of the Companies Bill  (Bill No. 121-C of 2011), every company having
net worth of Rs.500 crore or more, or turnover of Rs.1000 crore or more or a
net profit of Rs.5 crore or more during any financial year is required to
constitute a Corporate Social Responsibility Committee
2)
CSR Committee
would consist of  3 or more directors
with at least one Independent Director. The committee would formulate and
recommend the CSR policy to the company as per the requirements of Schedule VII
of the Act. The Committee is also entrusted to monitor the Company’s CSR
activity during its tenure. It is also to recommend the amount of expenditure to be
incurred on the activities referred to in Schedule VII
3)
Companies should spend, in every financial year, at least two per cent
of the average net profits made during the three immediately preceding
financial years, in pursuance of its Corporate Social Responsibility Policy
4)
Private and public companies are to be treated alike for the purpose of
Section 135.
5)
If the company fails to spend such amount the Board shall give in its
report the reasons for the same. Clause
134 makes it a binding obligation on the Board.
The incorporation of the activity of CSR even
in the legal and regulatory framework of the country indeed has been regarded
by the majority as a noticeable positive change. Such incorporation has been
justified by saying that it has been more than sixty years of independence but
India is still recovering from the plight of being poverty ridden in majority;
and therefore, if one is not able to sufficiently aid its poor through
tax-driven social welfare programs, then the onus necessarily falls on companies
and private wealth.
The questions that still lay unanswered or which need to be addressed to– “Treading
the tightrope”
1)
What exactly would constitute or comprise CSR activity has nowhere been
discussed
2)
There is no clarity regarding the taxation angle. India Inc has demanded a tax set-off for the mandatory amount
they will have to spend on corporate social responsibility (CSR) programmes.
The issue of tax benefits on the amount spent on CSR have been raised by the
corporate in recent times.
3)
It has also been argued that compulsory corporate responsibility would
be counterproductive as Companies may resort to camouflaging activities to meet
such regulations particularly during recessionary periods.
4)
The fixed rule of spending 2% of the profits on CSR activities has been
criticized on the ground that the profits keep fluctuating that it would be
absurd if a company spends more if it earns more profits and nothing when down
in the dumps.
There is nothing denying the fact that this
mandatory CSR concept acknowledges the essential necessity of facilitating
development and avoiding inflammatory wealth disparities. We should be ready to
take the mandatory CSR proposal as a welcome change. It is one of the few
corporate law proposals in the Companies Bill that represents an innovative
solution to India’s current economic needs, rather than a legal transplant from
a dissimilar economic context. It basic flaw regarding the absence of
definition or description of the activities which could be categorised as CSR
activities must be catered to as soon as possible.  Also, there are many countries that provide tax incentives for the
CSR activities. So there is a need to discuss the issue of tax benefits on CSR
activity spending in detail. The
whole essence of managerial implications of this concept lies in preserving the
autonomy of the company, bridging the mental and social gap between the public
at large and the Company.
Thus, the
need of the hour is to work on its strict implementation. Just like certain
other laws, it should not also remain a law residing in our books, rather
should stand out as the one residing in every corporation’s practice and
spirits
About The Author:- 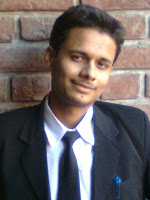