Sourya Banerjee 7th July 2017 Police Reforms – Priority ignored [Republished from Epilogue Press]2017-08-15T11:29:27+00:00 Law & Policy No Comment
In a recent case Dr.T.P.Senkumar (IPS)VS Union of India & Ors Hon’ble Supreme on 24th April 2017 observed:
…“Before detailing the controversy before us it is necessary to refer to the decision of this Court in Prakash Singh v. Union of India and Ors. In that case, this Court dealt with the issue of police reforms in the context of the far-reaching changes that had taken place in the country after the enactment of the Indian Police Act, 1861. It was noted that no comprehensive review had been undertaken in this regard at the national level and therefore, the Government of India appointed a National Police Commission on 15th November 1977 which recommended significant police reforms. It was also noted that subsequently, there were other half a dozen reports on the same or similar subject but no substantive reforms were brought about.”
In the course of its judgment, this Court referred to a research paper titled the Police “Political and Administrative Manipulation of the Police”  published in 1979 by the Bureau of Police Research and Development. The research paper contained a caution to the effect that excessive control by the political executive and its principal advisers over the police had the inherent danger of making the police a tool for subverting the process of law, promoting the growth of authoritarianism and shaking the very foundations of democracy.
We may add that one of the findings in the research paper is “The present predicament of Police is that they have been exposed to a two-pronged pressure vertically from the Administration and laterally from the politicians.” With these two pressures, the independent functioning of the police can and sometimes does get compromised at the hands of very important persons and those claiming proximity to very important persons.”
The crux of the police reform is to secure professional independence for the police to function truly and efficiently as an impartial agent of the law of the land and, at the same time, to enable the Government to oversee the police performance to ensure its conformity to the law. A supervisory mechanism without scope for illegal, irregular or mala fide interference with police functions has to be devised. The commitment, devotion, and accountability of the police has to be only to the Rule of Law. The supervision and control has to be such that it ensures that the police serves the people without any regard, whatsoever, to the status and position of any person while investigating a crime or taking preventive measures. Its approach has to be service oriented, its role has to be defined so that in appropriate cases, where on account of acts of omission and commission of police, the Rule of Law becomes a casualty, the guilty Police Officers are brought to book and appropriate action taken without any delay. 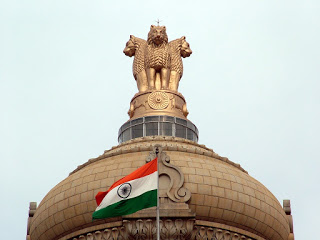 « 20 years on, revisiting the Uphaar Tragedy – How the System failed its people
Drug Wave in Hyderabad? Children as young as 13 years found buying LSD »