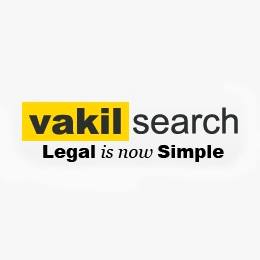 Hrishikesh Datar, an Alumni of NLSIU Bangalore and the Co-Founder of Vakilsearch, the fastest growing legal service portal, spares some of his precious time to talk about how a vision and a strong core group helped him make what would soon be India’s best legal service portal.

Q) How did you come up with the idea of something like Vakilsearch?

Hrishikesh- I was in IIM Bangalore, making a presentation, when the seed of the idea struck me. The idea is a work in progress, so in many ways it is still evolving.

Q) Were people initially supportive of your idea?

Hrishikesh- There are always people who are not convinced to begin with, and even lose hope mid-way. I have been lucky in finding a strong core of people who stuck by me and believed in our vision, more or less throughout.

Q) How did you approach people with this idea initially?

Hrishikesh – my first colleague met me through an online entrepreneur’s forum. We then approached friends and business associates to bring more people into the team.

Q) What were the initially setbacks?

Hrishikesh- There was a lot of problems in the beginning, for a year and a half. We began growing in the first half of last year, with the launch of new products.

Q) What would you say was the turning point for Vakilsearch?

Hrishikesh- It would be sometime around February or March, 2012. We started quite a few new services. From there onwards it’s been incredible.

Q) Not all start ups take flight. There is always a risk. A lot of them give up. What would you say was the difference maker for you?

Hrishikesh- I had very good co-founders. A good co-founder is willing to let you take initiatives. You need to stick to it and believe in yourself. Many start-ups fail because they give up hope.

Q) How was the initially investment raised?

We followed the lean startup model from day one, and there has not been any institutional investment in the company.

Q) How many people are involved directly or indirectly with Vakilsearch currently?

We directly employ 25 people and have almost 40 lawyers indirectly affiliated to us.

Q) What about the future plans?

Currently the only future plan we have is for growth. We want to be Asia’s largest online legal service, and hopefully the largest in the world eventually.

Q) Any tips of budding entrepreneurs?

Hrishikesh- I think the best advice would be to not have a Plan B. If you have a backup plan you may not give your hundred percent to your Plan A. You have to cut off your Plan B and put your entire attention on Plan A.

Q) What was your proudest moment with Vakilsearch till date?

Hrishikesh- I think the proudest moment is yet to come. But it does feel good going to the office and seeing the team at work.

« Mandatory CSR-“A Cloak for crooks or a blessing in disguise”??
Controverting A Search Warrant to Suppress Evidence (PC 1538.5) »