A Peek Into Crisis Policymaking

admin 6th January 2015 A Peek Into Crisis Policymaking2017-08-15T11:40:07+00:00 Law & Policy No Comment
The
Great Recession of 2008 and the following sovereign debt crisis in Europe have
radically altered the response that government agencies adopt against financial
crises.
The
primary responsibility to combat a financial crisis lies with the central bank.
A central bank monitors the general economic health of a nation and is usually
mandated to maintain stable prices and employment level. They also undertake
the surveillance of—most of—the financial sector.
It
is important to know that there are only a finite number of tools by which a
central bank may fulfil its above mentioned duties. And, in the pre-crisis era
those tools were commonly two: Policy rates (Basically, interest rates that a
central bank sets) and word of mouth. Central banks would lower policy rates
when the economy fell into a recession, thereby dropping all market rates of
interest, boosting lending and thus the economic activity. They would also
announce to all the players in the financial arena the thinking behind lowering
policy rates and the goals the policy move seeks to achieve, thus guiding the
economy towards that goal.
When
crisis struck in 2008, central banks—mainly the Federal Reserve, the European
Central Bank and the Bank of England—very naturally started lowering their
policy rates. Over time, they continued to lower rates to near zero
levels—while reassuring the markets via their press offices that the rates will
remain at ultra-low levels for an extended period—to keep the economic activity
afloat. This policy was dubbed ZIRP: Zero Interest Rate Policy.
But
with the passage of time, ZIRP proved to be ineffective: Unfortunately,
interest rates could not be lowered below zero [1] and all the reassurances by
central banks failed to inspire confidence in the economy. This meant that the
conventional tools at the disposal of central banks were exhausted—with no
apparent improvement in the health of the economy.
With
the situation deteriorating, central banks adopted bold policies that were
never before considered, and some of them were even taboo amongst central
bankers. The flagship of these policies was dubbed ‘Quantitative Easing’ or ‘QE’.
Under QE, central banks directly intervened in the markets to purchase securities—which
were primarily government bonds—by creating new money to fund these purchases.
This move appeared similar to ‘monetizing of government debt’ which had
resulted in hyperinflation in the Weimar Republic and Zimbabwe [2]. Under various
QE programmes, central banks infused an unprecedented amount of liquidity into
the system which lead their assets to soar—to levels north of USD 20 trillion! 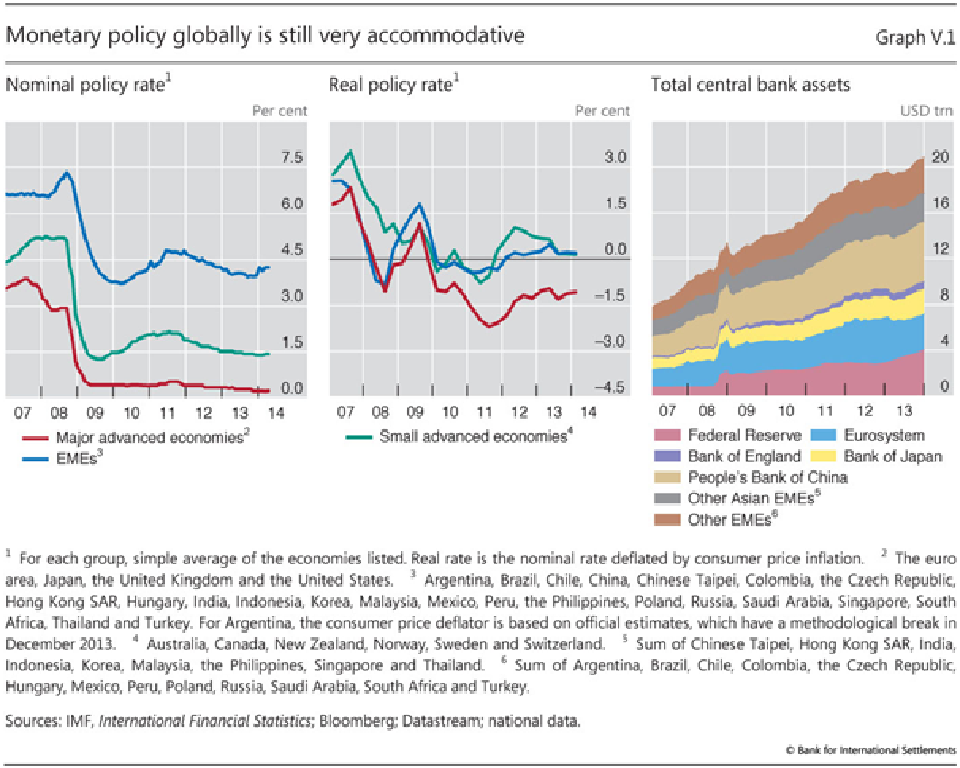 Unlike
other heads of government and government agencies, central bankers share a close
bond (some of them address each other on a first-name basis!). They make
contact with each other numerable times a year which helps them furnish a
cordial rapport. This espirit de corps granted central bankers with yet another
tool to combat the economic downturn: If the major central banks of the world
took policy decisions toward the same direction in tandem, there would be a
much severe impact on the world markets [3]. And, it did!
Not
only were central bankers coordinating their policy moves, they also conjured up
a mechanism to boost the requisite kind liquidity called ‘Central Bank
Liquidity Swaps’ or merely ‘swap lines’. Through swap lines, central banks in
need of a particular currency could swap it for their own currency. For
example, at the peak of the crisis, the European Central Bank was in desperate
need of dollars to keep their banks afloat. The ECB could exchange their Euros
for Dollars with the Federal Reserve via the swap lines, and meet with the
liquidity requirement in Europe [4].
In
addition to fulfilling its ‘lender of the last resort’ operations, central
banks also engineered bailouts of a few firms, most famous of them being the
American International Group and Bear Stearns. Central Banks and the Federal
Reserve in particular took a lot of flak for this move [5]. It hit the moral
wall of dichotomy of using tax-payer money to fund the seven figure bonuses of
executives of firms that brought the economy crashing down into a recession.
Though
some of these policies may seem unfair, it is because of the nerve that central
bankers exhibited at the hour of need—via their bold policymaking—that the
worst economic depression in history remains the one in the 1930’s. They have
shown great character to make unpopular decisions (some decisions against their
own long cherished principles and tradition) even in the face of mounting
adversity to preserve the economic system.
In
this article, I made an attempt to broach the seemingly ‘reckless’ policies
made to combat the crisis beginning in 2008 without going into much of the
complexities that have evolved to become a part and soul of the financial
system. While I have tried not to take a position with regard to these policies
through the course of this article, I would like to conclude on a note of
commendation. And, even though problems remain in Europe and Japan, and some
rise in China, the new breed of policymakers—who are willing to do whatever it
takes to protect the economy—should inspire confidence of its successful
conclusion.
NOTES:
1) Nominal
interest rates below zero would mean you would have to pay the     borrower for lending out money. Now that
doesn’t make sense, does it?
2) Monetizing
government debt means intervening in the primary market (the market where
securities are first issued) to buy government bonds. Under QE, the central
bank intervened in the secondary market to purchase bonds. There is one other technicality, as told
by former Fed-chairman Ben Bernanke, cash is not printed immediately, but an
electronic transfer is made to the banks, and cash is printed only when
withdrawals are made at the banks.
3) The
first of these coordinated moves came on October 8th, 2008.
4) The
swap lines were opened for the first time (with respect to the crisis) on
December 12th 2007: The Fed, The Bank of England, The European
Central Bank, The Swiss National Bank and Canadian Central Bank provided for it
up to $24 billion. This was extended on 18th of
September 2008 by $180 billion and the Bank of Japan was included. Another expansion
by $330 billion came on the 29th of September. And, on the 29th
of October, the central banks of South Korea, Mexico, Brazil and Singapore were
included in this group.
5) The
Federal Reserve took a lot of heat for bailing out big financial firms and to
certain extent buying up government debt. It was a popular opinion that it was
time that the Fed’s wings be clipped. A lot of stuff went down, but in the end
the Fed soared higher than before.
About The Author: 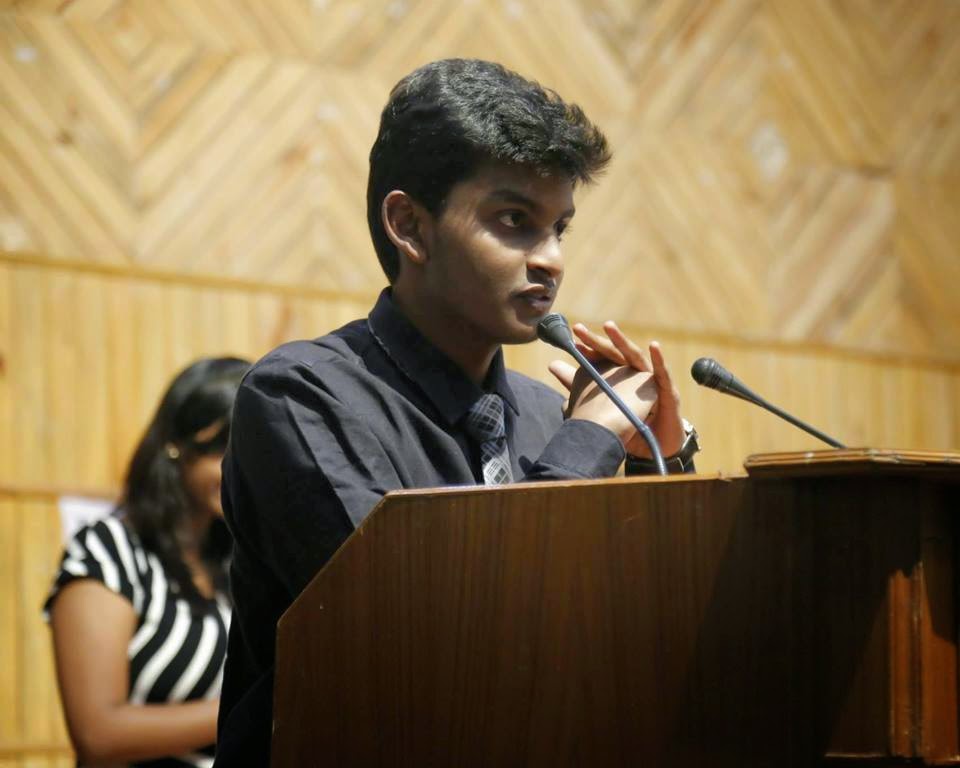 Abhishek Anirudhan is currently a student of economics at Fergusson College, Pune. His interests include international relations, monetary economics and finance.