Taxing Times: Leaving India to Commence a Business/Take up Employment in an overseas location

The Central Board of Direct Taxes (hereinafter ‘CBDT’) has set up a five-member working group led by a joint secretary-rank official and four revenue officers to look into the taxation aspects of such high-net-worth individuals (hereinafter ‘HNIs’). Economic Times notes that the mandate of this committee is to formulate India’s position for various aspects related to taxation of migrating HNIs and to also make recommendations for policy decision with respect to tax risks from such migration.

While the Committee is yet to submit its report to the Government and since there is a considerable time before such report gets into the public domain, in the meanwhile, its worth examining the Income-tax law relating to the migration of Indian tax-residents in overseas locations with an aim to commence a business or take up employment.

Residential Status under Income-tax Act, 1961 (hereinafter ‘IT Act’)Section 6(1) of the IT Act enumerates the tax residency as hereinunder-
“For the purposes of this Act,—

(1) An individual is said to be resident in India in any previous year if he—
(a) is in India in that year for a period or periods amounting in all to one hundred and eighty-two days or more; or
(b) [***]
(c) having within the four years preceding that year been in India for a period or periods amounting in all to three hundred and sixty-five days or more is in India for a period or periods amounting in all to sixty days or more in that year.”
Explanation 1 – In case of an individual –
(a) being a citizen of India, who leaves India in any previous year as a member of the crew of an Indian ship as defined in clause (18) of section 3 of the Merchant Shipping Act, 1958 (44 of 1958), or for the purposes of employment outside India, the provisions of sub-clause (c) shall apply in relation to that year as if for the words “sixty days”, occurring therein, the words “one hundred and eighty-two days” had been substituted”
Where the individual takes up employment outside India
In this regard, it is required to evaluate whether the individual is eligible for benefits available under extended residency rule of 182 days which is applicable to persons leaving India for the purpose of employment outside India under Explanation 1(a) of S. 6(1)(c) of the IT Act. Here employment means entering into an employer-employee relationship outside India.
Where the individual sets up his own business outside India
Perusing the memorandum (page 10) and CBDT Circular No.346 dated 30/06/1982  relaxing the test of residence for a Non-Resident, it is clear that no technical meaning is intended for the word ‘employment’ used in the Explanation. The Memorandum on para 35 states “With a view avoiding hardship in the case of Indian citizens, who are employed or engaged in other vocation outside India, the Finance act has made the following modification in the tests of residence in India” 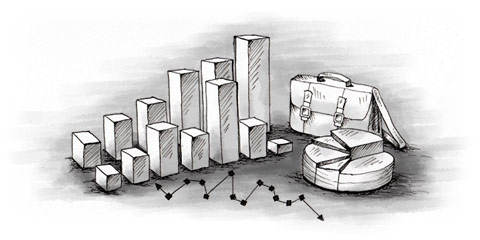 This position has been upheld by the Hon’ble Kerala High Court in case of O. Abdul Razak vs CIT. In this case, the assessee in the course of completion of block assessment for the period of 1989-90 to 1999-2000 claimed his residential status as “non-resident” for AYs 1989-90 and 1990-91. The assessee claimed that he was out of India during the aforementioned years and was engaged in a business. On this basis, the assessee contended that he become a non-resident under Explanation (a) to Section 6(1)(c) of the IT Act since he had gone abroad to take up employment during the previous years which included business.
Key Observations of the Hon’ble High Court
“What is clear from the above is that no technical meaning is intended for the word “employment” used in the Explanation. In our view, going abroad for the purpose of employment only means that the visit and stay abroad should not be for other purposes such as a tourist, or for medical treatment or for studies or the like. Going abroad for the purpose of employment, therefore, means going abroad to take up employment or any avocation as referred to in the Circular, which takes in self—employment like business or profession. So much so, in our view, taking up own business by the assessee abroad satisfies the condition of going abroad for the purpose of employment covered by Explanation (a ) to section 6(l)(c) of the Act. Therefore, we hold that the Tribunal has rightly held that for the purpose of the Explanation, employment includes self-employment like business or profession taken up by the assessee abroad.”
This view has been upheld by various Tribunals.
However, here the relevant facts would need to be substantiated by documentary evidence that the assessee was in fact, carrying out business out India and it was not merely an adventure in studying the markets for future business prospects. In Ziaulla Sheriff, the Hon’ble ITAT held that an individual leaving India for the purposes of exploring business opportunities does not tantamount to leaving India for the purposes of employment outside India.
Further, a reference may be drawn from Kanga and Palkivala : The Law and Practice of Income-tax, 10 edn., which also provides that employment includes self-employment. The extracts for the same are as follows:
“As the stay of the employee in India was for less than 182 days (he was in India only for 88 days), he became a non – resident in the light of explanation (a) to s 6(1). It was not correct to say that since he was already in employment and was leaving India on deputation. He could not be said to leave India for Employment. The Requirement of explanation (a) to S 6 (1) is not leaving India for employment but leaving India for the purpose of employment outside India. For the Purpose of the Explanation, the individual need not be an unemployed person who leaves India for employment outside India. The fact of the person was already an employee at the time of leaving in India was neither material nor relevant. However, the term employment is not to be understood in its technical meaning, employment includes self- employment, like a business or profession being taken up by the individual abroad.”

The context and the object of the provision are to provide for the relief of Indian tax on tax residents who have gone outside to settle on permanent or a semi-permanent basis. Therefore it becomes imperative that absent a technical meaning for the term ’employment’ it should be construed contextually and should be given a liberal meaning giving the due benefit of the said provision to the assessee.
About the Author:

Mr. Hardeep Singh Chawla is an Advocate practicing in the M&A & PE Tax Department of a Big4 in Gurgaon, Haryana. Views expressed are his own. This post appeared first on the author’s tax blog @  Tax Law Post.