Sourya Banerjee 25th July 2015 Why You Shouldnt #dontMANcrimate2017-08-15T11:37:09+00:00 National, Op Ed No Comment
I recently came across a trending post
“#dontMANcrimate in which certain men feel that just because they aren’t
entitled to “free drinks or free entry to pubs or sympathy or other privileges general given to women” (no idea what people even mean
by that) thus feel discriminated against and hence claim it isn’t exactly a
mans world. 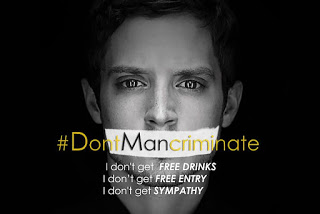 Reading such a post pisses me off. I mean don’t get
me wrong, I’m not claiming to be holier than thou with respect to recognizing
females as equals. I’ve been guilty of many past indiscretions against women
which I’m clearly not proud of. However I’ve learnt my lesson. Swallowed my
huge bloated ego, which in this country is something that is stroked in a male
since childbirth. A male child is the preferred sex for whatever reason it may
be. One just needs to look at the skewed gender ratio of the respective States
in the Country to understand how bad the situation actually is. Yet we as men dare say we feel underprivileged? Sure last time I checked the nation suffers from a
social evil known as “female infanticide” and not “male infanticide”. Women traveling alone at night fear getting raped. Not men. Yet men
in the country feel discriminated against? A child, who firstly wasn’t even
asked to be born, is murdered just because that child happens to be a girl and if she somehow survives that, she has to live her entire life being treated as the ‘weaker sex’. Granted there are instances of domestic violence against men, men getting raped or urban educated women misusing domestic violence provisions against men. But that does not mean women around don’t suffer any more. These rare instances happen in the most developed parts of India. In the majority of the country women are still suffering in the 21st century.
Leave alone the concept of female infanticide, right
a girl while growing atleast in our country faces immense restrictions. Indian
parents’ sole purpose for educating a girl child (kindly refer the literacy
rate among men and women) is not so that she can lead a better or independent life
but rather ensure that she’s perfect marriage material for some snobbish man.
The notion of a women being independent is laughed at by most men.  It’s expected of a girl to give up her
career, which in this country is viewed by many as just a hobby, after marriage
(considered as the only suitable career of a girl). She is supposed to sit at
home slog her ass of doing mundane house chores, basically her status is nothing
short of a slave(pardon me being blunt here). Meanwhile the man gets to work, pursue his dreams and
aspirations, best part is after a hard day in the office a man gets to go back
home and exercise his “right” over his wife in bed, to which if the poor wife
objects, she is either forced or physically abused. Legally speaking a man’s actions are valid since marital rape, is something our legislature refuses to legalize. Inspite of the existing situations like these, men in this country feel
discriminated against.
Indians love Bollywood, so to rest my case I’d only
ask people to look at Priyanka Chopra’s character in Dil Dhadakne Do. The exact
situation pans out. But being a movie, the character enjoyed a happy ending. In
reality I highly doubt that is the case.
Talking about religion, this is what I love the most
about our country. Ours is a nation with multiple gods, we pray to countless
Goddesses, including Durga, Lakshmi, Saraswati and so on and all of us humbly bow down to them at our time of need and seek their blessings.
So basically when it comes to showing a goddess respect for our selfish
interest, we have no problems in doing so. But showing the same respect towards
to a wife or a daughter or a colleague or even a stranger is viewed as a joke.
But yet men feel discriminated. How could they be wrong, I mean the freedom of
doing practically whatever they want is a lot of pressure.
If by living in a country where a rape victim is
blamed for her own situation isn’t thought provoking, then I have no idea what
is. A rape victim is forced to live (if she’s lucky enough to survive) with
social stigma for the rest of her life, just because some pervert couldn’t keep
his dick in his pants (again pardon my french, but I need to call a spade a spade). I’ve never come across an incident where a man was
raped, had foreign objects inserted into his body and left on the road to die. Yet, Delhi isnt the only place where a women was sexually brutalized and left for dead or killed. But yet men in our country feel discriminated against. 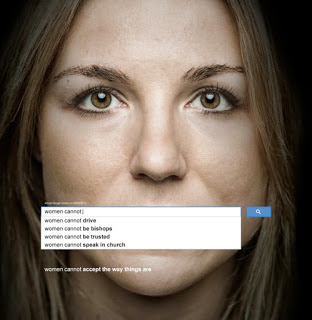 We expect the Government to actually do something
about the situation, pretty sure some Article in the Indian Constitution speaks
about the State having a duty of care towards its citizens, doesn’t it? But lets just be
honest, does the Government give a damn? In my opinion, NO. Each Government is
more concerned about filling their coffers with public money before the handing
over the task to another equally corrupt government. Our Politicians consider
women to be useful only in the kitchens, atleast that’s what I could gather
from the uproar in parliament over the Womens’ Reservation Bill. So expecting
something as simple as reforms to ensure the plight of women improves in our
country is a mirage. For the love of God, a women doesnt even get paid the same amount of money for doing the same work a man does in most industries!
There is a philosophy in life, be the change you wish to see in the world. If we are to change the
existing situation and improve the plight of women in the Country, all of us
would firstly have to change our mindset. Each and every one of us is aware of
what happens in the country. Yet no one really does anything about it. Everyone
thinks the issue isn’t their problem. But it is. Any ones mother, sister,
relative, spouse or even a friend can be target of discrimination. So start
treating rather respecting women, it isn’t that difficult. They aren’t objects
of possession that are to be taken for granted. Women don’t need reforms to
improve their situation, women are equally good, if not better than men. Thus
it is just a matter of giving credit where it is due. The moment someone seeks
special attention in order to uplift themselves they consider themselves weak,
women aren’t weak. They just deserve the respect that is due to them.  So to all the men who consider “Men’s rights”
under threat please get your head out of wherever you have stuck it and look at reality.
Fads such as #dontMANcrimate are at the end of the day utter nonsense, unless
and until they’re in reference to certain questionable sections of the Indian
Penal Code. So don’t follow a trend blindly just because it makes one look
cool. Use your intellect, be logical, be practical, have a conscious before
blindly giving your ascent to some nonsense. If each and every one of us can
change our way of thinking, the situation will improve drastically. It’s about
standing up for what is right.
In the given situation, no needs to be told what to
do. Each and every single individual knows what is to be down but for some
reason just doesn’t think such an action to be worth their time. All of us need
to open our minds to the fact that women are as good as men in any field of
work and not be threatened by their intellect.
[Guest Post By: Abhijeet Andrews (Edited by Team FSA)]