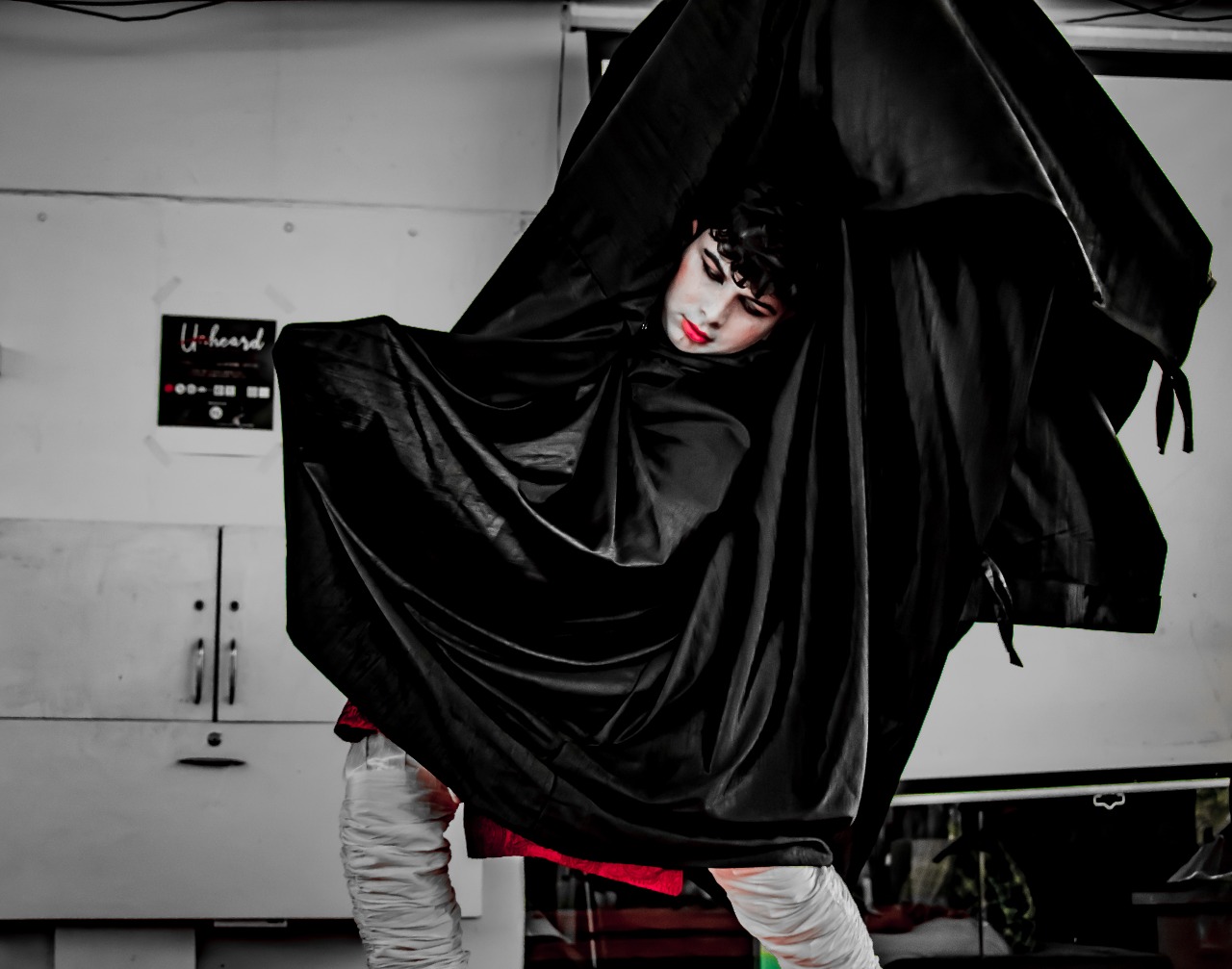 Alifiya caught up with Patruni Chidananda Sastry, who was born in Hyderabad and raised in West Bengal and is an expressionist classical dancer, by passion and an Analyst for an MNC by profession who uses dance as a medium to break barriers and communicate sexuality, gender fluidity, non-binary gender identity and more.

(A): How did your journey to become an expressionist dancer begin?

(P): Though I had learned Indian classical dance forms Kuchipudi, Bharatanatyam and Odissi since childhood, my actual journey began when I, being curious, dropped into a friend who was an LGBTQIA+ activist. While learning about the struggle and stigmas associated with the community I could relate it with my journey as a dancer.
One thing I found out is that people were not aware of the subjects like polymorphism, gender fluidity etc. and televisions regularly misinterpretations of LGBT+ individuals, which bogged me down. A constant fight of the right of identity made me think of using art as a medium to create awareness, activism, education, and experience. I reconfigured Expressionism dance which was used as a tool at the time of World War 2. Using the same art form into the Indian context of classical dance, I created Indian classical expression to showcase subject from gender binary to sexual education, gender fluidity to gender rights and so on

(A):  How difficult is it to identify as a male classical dancer?

(P): Being a male dancer, my sexuality was always a question which people asked. Some coined me as gay and some as bisexual. But I as a person was always sure on the matter of sexuality. I identified that as a dancer and a performer, I shared the qualities of being gender fluid and gained the idea of gender fluidity. There were instances where people would mock me or make fun or take me for granted because of my inclination to dance. However, over the passing years, I became like a duck – you pour water and my skin only shines.

(A): What message do you try to spread through your performances?

(P): Dance is equivalent to a number 0 (zero), that is if you add something adjacent to it, a value number, it increases its value. Usually, topics of sexual education and sexuality are always being kept in fringes in India. Somewhat because people are shy to use the words in public and somewhat because they think sex or sexuality is a sin. But when a dance is used as a language to talk about sexualities it always adds up the value and the message is passed easily for its entertainment quotient. People are much more open to the conversation as it is not coming across as direct speech. I use expressionism to talk about different types of sexuality. With my production #paI, I want to tell people about pansexuals, asexual, and intersexuality. And with another performance called “Kavach”, I wanted to showcase a message on safe sex. I am creating an upcoming production called D R.A G (DRAUPADI RENUKA AHALYA AND GOPIKA) A SERIES OF MYTHOLOGICAL CHARACTERS WHO WERE VICTIM OF SEXUAL ABUSE, where I would be talking about different types of sexual harassment which we don’t know.

(A): How can one talk about sex education or sexuality through dance?

(P): Dance being a language without vocabulary makes it easier to connect and propagate message with movements and hand gestures talk about sexuality and sexual education without sounding vulgar. We can use props like masks and veils to show consent, the variation of sexuality. We can also use mythologies which depict untold stories on sexualities to make it relatable. Indian dance being richer with hand gestures and foot gestures it makes easy for a dancer to communicate an idea non verbally which creates a more lasting impression.