A committee set up at Ambedkar University Delhi (AUD) found that Professor Lawrence Liang, dean of its School of Law, Governance and Citizenship sexually harassed a woman who is a student pursuing a PhD with another university in Delhi.

This comes months after a list of names (The List) were published online listing academics across various fields allegedly guilty of sexually harassing women.

A final inquiry report dated February 20, 2018, made available to Asia Times recommended penal action against Liang and that he relinquish any administrative duties. It also recommended that the university issue “a warning letter” saying he would face serious consequences including “suspension from service” if there were any more complaints. The probe noted that Liang was in a position with “a large number of students and faculty under his care.”

Mr. Liang has replied to the report stating, “I have not commented so far on the matter because of CPSH confidentiality rules. I can, and must, however, say this – I dispute the report in its entirety, its findings and recommendations included.” [Read full statement here] 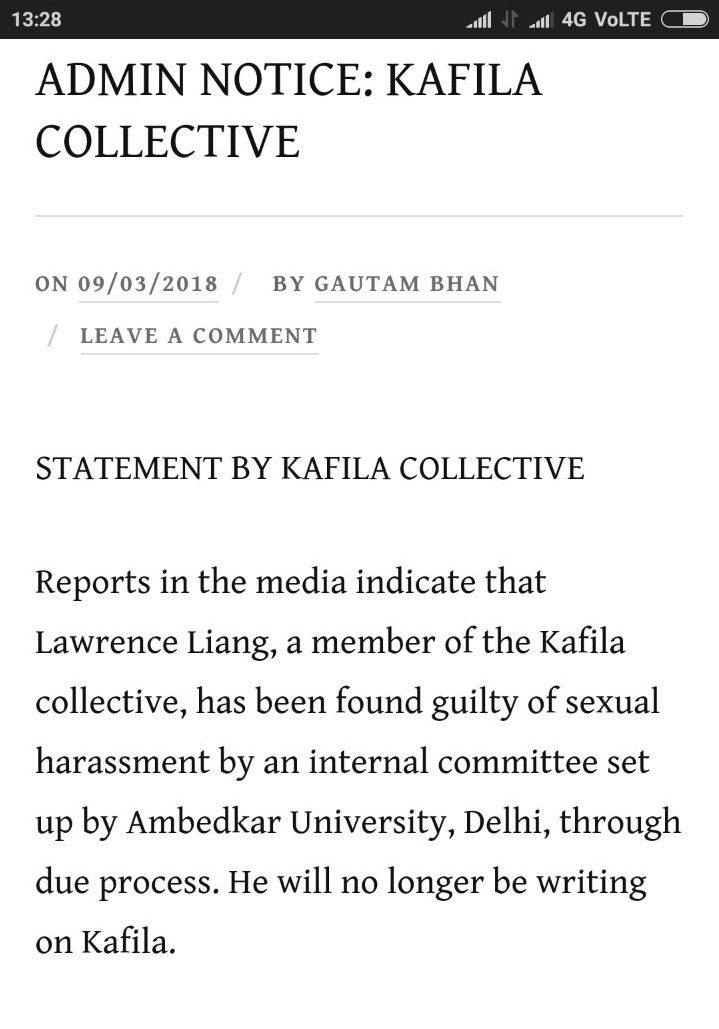 In response to The List, Khafila Collective had issued a public statement calling the method followed by the list to be harmful for the feminist movement.

Subsequently, after the report on Asia Times, Khafila Collective has issued a statement that Mr. Liang would no longer be part of the Collective.

« Timeline of vandalization of Statues in India, March 2018
Make A Difference Dream Camp!! »