Raji: An Ancient Epic – An Indian Game Like Never Seen Before.

This November, the World is going to be awed by the release of a Kickstarter from the Nodding Heads Games Studio, Pune. Nodding Heads Games is an independent games developer which aims to deliver breathtaking games based off stories and myths from the Indian subcontinent.November 2017 will see the launch of their first Kickstarter campaign for their action adventure game Raji: An Ancient Epic.

Avichal Singh, the Co-Founder and Game Designer, charmed by the grandeur of Rajasthan architecture and its culture, drew inspiration to set a game in that environment, back in 2013. Years later, along with co-founders and veteran artists Ian Maude and Shruti Ghosh, the game concept became fruition. This was confirmed with their early sketches that the game’s visuals were unique and had an awestruck effect on our closest friends and family as the game was pitched to them. Knowing that there was something special about this game a super-team, quitting their previous jobs, was mustered to turn dreams into reality. 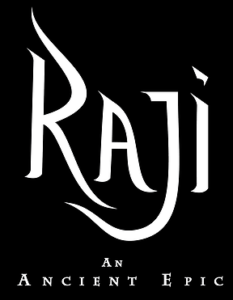 The story of Raji: An Ancient Epic, takes place right at the start of the next great war, where demons and their ambitions will drive humanity to the threat of extinction. While the demons have challenged the very gods who put them in despair, they plan to avenge their embarrassing defeat, thousands of years ago in the last great war.
During the thousand years of peace, the human race became content, falling into a false sense of security. Not only were they ill-prepared for an invasion, but they had forgotten the ways of alchemy. The situation threatens their very essence, leaving the humans to the mercy of demons.  Amidst the chaotic invasion where cities and forts fell, Raji was chosen by the gods as the sole defender of the human race. Blessed by various gods who still stand compassionate to humanity, she wields weapons and powers of the gods that have yet to awaken from within.
Raji herself suffered during the siege of Jaidhar, having had her brother abducted by the Demons. She felt powerless and was knocked unconscious during the invasion. She awakes days later only to realize that she’s been gifted with godlike powers, yet her brother is nowhere to be found. Raji sets on a journey of self-discovery, ultimately to find her younger brother amidst the raging demonic enclaves. While the enemy great Lord Mahabalasura plans to capture the human realm, for himself.

Featuring an environment meticulously handpainted, utilizing dedication and countless hours of the Environment Artist. The environment is inspired by the medieval architecture of Rajasthan, which was the pinnacle of architectural achievement during the medieval era of India.

The Art style reflects inspiration from Southeast Asia. The art team even went to Bali, Indonesia to study more about the mythology and the background of the island. The art team was heavily influenced by the demonic statues and sculptures that were later infused within the characters of the game.

The combat of the game offers a mix of fluidity in movement and attacks going against powerful and mystical enemies and reminds you of the likes of Dragon Age and Skyrim among some. The combat is empowering, making one feel like a demigod while still leaving her vulnerability as a human intact. The game offers you choices from various weapons as well as god powers gifted to Raji allowing for diversity and letting the player explore their own style of gameplay. Raji will also come across several demon types and subtypes, including mini-bosses and epic boss battles.

The story of the game takes you through various levels which were inspired by gigantic forts of the medieval era, built by Rajput kings of Rajasthan. Not only that these forts allow for tightly packed arenas for combat they also take the player through the massive scale and breathtaking views the forts provide. Each of the handcrafted levels will ask the player to surpass challenges one after another. Various “Mandala” puzzles play an important role in environmental storytelling, as these were designed to give the player a breather in-between the challenging combat. Certain level locations will be telling their own story, which is up to the players to decipher, our artists and level designer has made these locations keeping in mind the context of the level and the lore of the universe.