Vyapam Scam: All You Need To Know

Sourya Banerjee 15th July 2015 Vyapam Scam: All You Need To Know2017-08-08T14:06:08+00:00 No Comment
India has been associated with large scale scams since a considerable amount of time. Every now and then the media is flooded with the news on one or the scam that has been exposed. Another name that is added to the long history of Indian scams is the ‘Vyapam Scam’. Vyapam (Vyasayik Pariksha Mandal) is the Hindi acronym of Madhya Pradesh Professional Examination Board (MPPEB). MPPEB is a government body which is endowed with the responsibility of conducting entrance examinations which are used for recruitment to the government offices and admissions to educational institutions in the State. The scam was collusion between candidates, politicians, bureaucrats, government officers and middleman. The undeserving candidates bribed the politicians and other officers through middlemen who in return gave them a high rank in the examination which in ordinary circumstance they could never qualify. 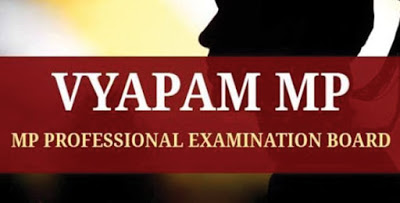 What is Vyapam?
Madhya Pradesh Professional Examination Board popularly known as Vyapam was established in 1982 in the state’s capital Bhopal. It is a professional examination conducting body responsible for conducting MP-PMT, Pre-Polytechnic test, Pre-Agriculture Test, Pre-P.C. Entrance Test, Police Recruitment test etc.
The math of Vyapam Scam:
An undeserving student bribes government officials and middleman who in return offer them high percentage of marks in the qualifying exams. The math is very simple and before the whole thing came into light, the people involved in the same got out of it scot free. Various tricks are used by such people operating the scam. It works in the following manner –

Unearthing of the scam- Timeline of the unfolding of the scam
Complaints of irregularities and malpractices in Vyapam had been reported since 2000, when the. However, it was in 2013 that the cover was blown and the naked truth came in front of the world. The following is how it all began:
2000 – First FIR was filed of malpractice and irregularities in Chattarpur District.
2004- Seven cases were registered in Khandawa district. [1]
2007- Before 2007, all the cases of irregularities were seen as isolated cases but after 2007, the Vyapam scam started to come in light. The MP Local Fund Audit office found financial and administrative irregularities in Vyapam including unauthorized disposal of application forms. [1]
2009- Fresh complaints of irregularities in the Pre- Medical Test surfaced.[2] A Public Interest Litigation was filed in the MP High Court by activist Anand Rai in which he claimed malpractice and fraudulent ways being adopted in admissions and recruitments. [3] In the same year a Committee was formed by the then Chief Minister Shivraj Chouhan which was headed by State Joint Director of Medical Education to inquire in the matter. [4]
2011- In July, MPPEB monitored 145 suspects during the Pre- Medical Test in which 8 were caught impersonating others. Biometric technology was used for the first time and all students who took the examination were made to give their thumb impressions, and their photographs were taken. The inputs were then matched at the time of counseling [5]
In November 2011, the Committee formed by Shivraj Chauhan submitted its report and it was stated in the report that as much as 114 candidates passed the PMT due to impersonating and the middlemen charged up to Rs 4 million. State Minister for medical education Mr. Mahendra Hardia confirmed that 114 people gained admissions to MBBS courses through fraudulent means and many of them have passed the institution and are practicing medicine. FIRs were registered against 56 students [6]
2013- Special Task Force investigating the pre-Medical test scam produced a supplementary charge sheet of 23,000 pages against 34 accused of which 30 are students and their guardians who got admissions in the medical college through fraudulent means. [7]
2014- In March 2014, the government announced that the STF arrested 127 people. Identified accused number rose from 8 to 865. [8]
According to the STF report for 21012 – 2013 the MPPEB scam is said to be worth over Rs 10,000 crore and more than 2.5 million young people have been affected by the scandal. [9]
Notable Arrests:
More than 2000 people have been arrested till date and the following are the notable arrests.
CBI probe in the scam:
The Indian National Congress demanded a CBI probe in the Vyapam scam under the supervision of the Supreme Court after ridiculing the Chief Minister Shivraj Chauhan’s demand of CBI under the supervision of the High Court calling it a ‘hogwash’ and said that the government seems to lack sensitivity and interest in the issue. The opposition also demanded the removal of Chauhan as the C.M. [10]
The Supreme Court on July 9, 2015 ordered a CBI probe in all the Vyapam related matters. The Supreme Court also issues a notice to the Centre, M.P government and to the Governor Ram Naresh Yadav on a plea seeking his removal for his alleged role and involvement in the Vyapam scam. The Supreme Court’s order came after the M.P government gave its consent to shifting from the High Court monitored special investigation team (SIT) and the Special Task Force (STF), which was accused of showing a slack approach in their investigation. The Court said that all the Vyapam related cases shall be transferred to the CBI from July 12, 2015 and the agency shall file its report on July 24, 2015. The decision of the apex court has been welcomed by the whistleblowers and the petitioners. [11]
The timeline of death counts-
The Vyapam scam has another reason to be in the news since its cover was blown off and that reason is the bloodshed that followed after its exposure.  It’s the bloodiest scam in the Indian history and is covered in blood and gore from every angle. The reason I say this is because of the fact that more than 40 people have died in mysterious circumstances since 2009 when the incident came in light. However, the activist firmly believe that the death count mat be as much as more than 150 people. The following is the list of the most talked about and mysterious deaths:

Anjali Bisht, is a current final year student of Law College Dehradun, who is Interning with For the Sake of Argument. She considers herself a zealous person with a serious case of curious bone. With reading as her best friend, she like to write because,that is the best way of expression.