This book was not published while Ambedkar was alive, but was published by the Maharastra government in 1987. The Shiv Sena took offence and saw this as an attack on Hinduism and tried to get a ban on this book.

The Ambedkarites, Dalits, and other supporters protested. Bombay faced riots and destruction of public property by both sides. An interesting point for libertarians to note is that one of India’s prominent classical liberals S.V Raju condemned the Shiv Sena’s attempt to ban the book and in the true libertarian tradition also castigated the Maharastra government for publishing the book in the first place, since the government should stick to governing and not publishing books, running businesses etc. 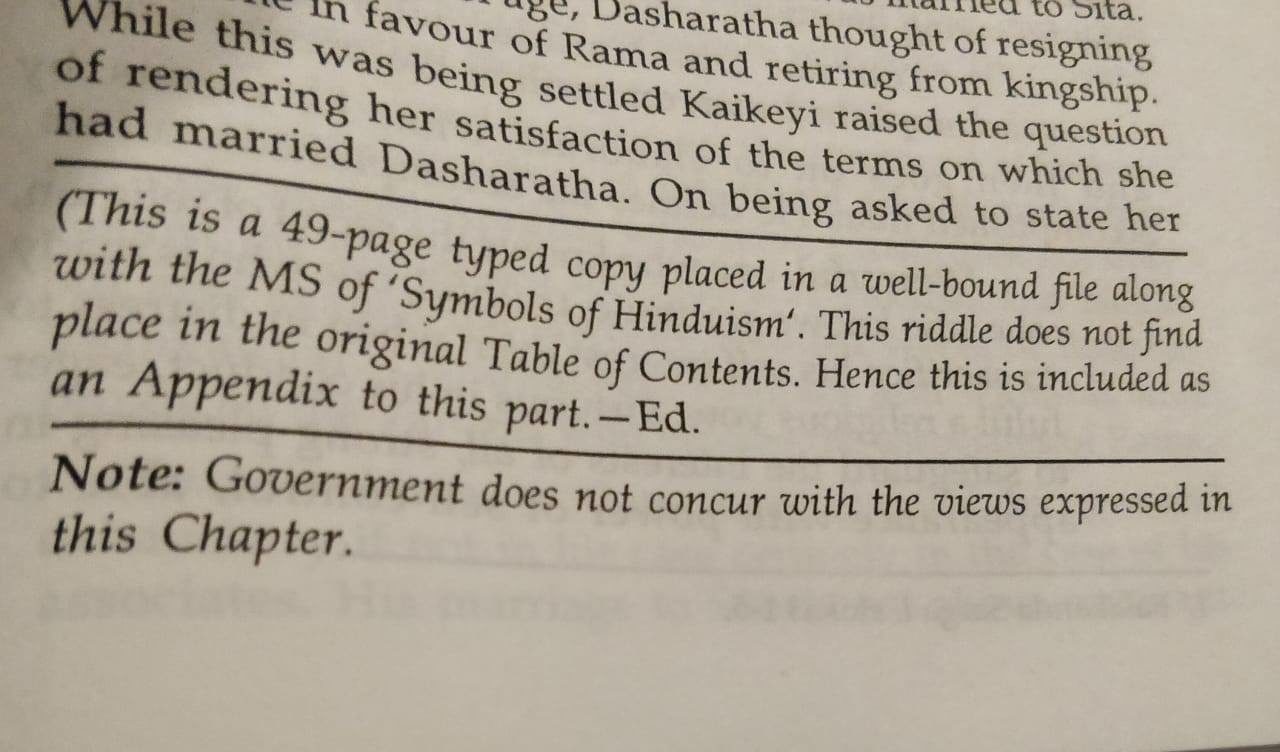 However had this book ever even been published by a private publishing house, shiv sainiks would have destroyed their business and forced the government to ban it anyway. The Shiv Sena was especially incensed with a chapter known as “The Riddle of Rama and Krishna“. The Maharastra government could not ban the book and finally found a compromise where they added a note saying ‘the government does not concur with the views expressed in this chapter’.

Reading this book was not easy for me, because the terminology of the Vedas, Vedic texts, esp the long Sanskrit names are as good as ancient Greek to me, and to remember their meanings was challenging. I had to constantly flip back to see what a certain word meant because I often kept forgetting.

The editing of the book is extremely poor and it is riddled with typos, missing punctuation etc. This is most probably because it is a product of the Maharastra government and so did not care much about quality. Amazon Kindle lists the book on their store but does not sell it citing the same reasons. I hope a decent publisher picks up the book and does this version again.

When you read the book, you will have to acknowledge the vast amount of reading that Dr Ambedkar had done of Vedic literature and other derivative sources to make a compilation like this. It is not a trivial task. It is not that big a deal to do a similar riddle of Christianity, because the total amount of text in the Bible is by size or complexity just a minuscule fraction of the content available in Hindu religious literature.

The book has 24 chapters, each called a Riddle.

The book mocks and points out various and extreme inconsistencies in the Vedas and later Vedic literature and points out how things were changed at various intervals and he mostly ends chapters with the question/riddle such as: Why did the Brahmins do this? For their own benefit/nefarious motives is the answer he does not provide directly, but something that readers are more or less bound to assume.

Ambedkar, however, was not totally contemptuous of Hinduism, but in quite a few parts of the book, seems to appreciate it. And some flaws he sees are actually features of the system and the other features he sees as benefits could be considered as flaws.

One instance I found interesting was when he mocks the brahmins as immoral and having no higher standards than the normal Aryan men for having women who were in some ways sexually liberated or general licentiousness/polygamy/polyandry and writes of instances of people having sex in full display of public. While he is right that the morals of the Brahmins were no better off than the society in large, and so they had no right to claim the moral/intellectual high ground, his own views are extremely conservative in that respect. Perhaps he also subscribed to a slightly more Victorian thinking on sexual morality.

In one of the final chapters, he got a lot right about democracy, but sounds optimistic about the role bureaucracy can play, perhaps it is just my libertarian bias speaking. He also explains how Hinduism also contributes to the discourse on democracy through Brahmanism. He says Western students spread the notions that democracy stemmed from Plato or Christianity. He asserts that India should also be acknowledged for its contribution.

In the book, he wishes that people accept Brahmaism instead of Vedanta or Brahmanism. The essence of Brahmanism being

Ambedkar sees this as affirming that all humans are equal and having equal liberties as they are all part of the Brahma and he sees a casteless/classless society as necessary for a democracy to be a real democracy. He then goes on to blame Brahmins for the evils of the caste system and not realizing or ignoring the conflict between Brahmanism and the Caste system.

It was a good read. My lack of any significant reading of prior material on Hinduism and Hindu philosophy was a bit of a challenge, which I will remedy in the future reading this year.

Not specifically about this book, but Ambedkar was an extremely intelligent man. Some of his insights on issues are really good and spot on. Yet in some cases, the flaws in some of his thoughts are frustrating, because he is just so close to the right answer, but doesn’t get there. He just seems to go off in the opposite direction after understanding the fundamentals and diagnosing the problem right. An example is understanding the relationship between individual liberty and economics and then prescribing socialism. Had he lived a few decades more, perhaps things would have been more obvious to him, but we will never know. 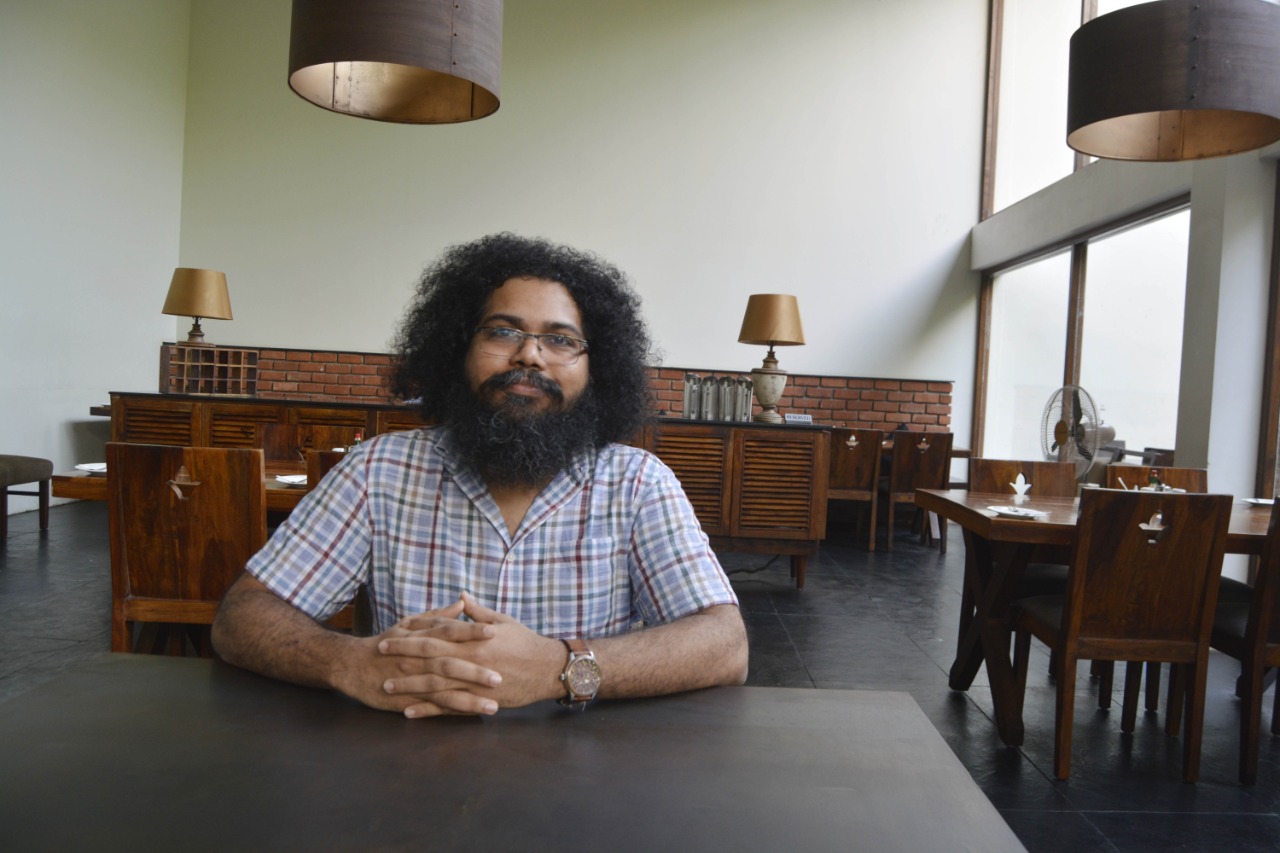 Ajay Mallareddy is a restaurateur and a libertarian. He is also a director at CFIL (Center for Individual Liberty), based in Hyderabad.