Jadavpur University Students Fight Back Against Misrepresentation By Mainstream Media

The right to a safe space to practice freedom of speech and expression has almost become an obsolete one in the current geopolitical scenario. Stifling unpopular opinions and clogging all mediums of the debate have become convenient means of control.

The protest rally that marched among the lanes of the Jadavpur University (JU)campus on the burning hot afternoon of 10th August was a call by the students, for the students, to the students, to join the fight to preserve rights of debate, dissent, and deliberation that is rapidly disappearing from our known universe.

Journalism today, to quote the viral tweet of a man who hasn’t escaped its clutches- is ‘an exasperating farrago of distortions, misrepresentation and outright lies being broadcast(ed).’

The youth in JU, as in any openly- democratic University has only been seen – on television screens angry and screaming, never heard, barely given a platform to be understood. At the heart of this misrepresentation lies the lack of accountability, the lack of counter-narratives to the highhandedness of media houses. 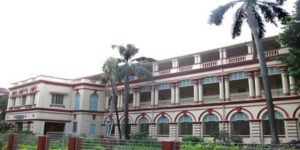 Jadavpur University has been bearing the brunt of misrepresentation for years, tired of just been seen through lenses of stereotypes, tired of prejudice, we began to write back to the empire. Using avenues of our social media accounts, our student media bodies, our unions and our cultures of dissent- we began the simple process of documenting realities.

And sometimes, enough voices can move monoliths. Before we take you through this story, it is important to understand why the students of JU were protesting on the 10th of August. It is important to know our reasons.

The West Bengal Universities and Colleges Act 2017 proposes to do away with the current union structure in all state-affiliated universities and colleges and replace it with a nominated student-teacher body. According to the Government Order that issued guidelines for forming a student ‘council’, over a student ‘union’ where the ‘council’ would essentially be a student body, stripped of its powers of being a union, and thereby stripped off any influence in the administrative functioning of an institution famed for its autonomy. Consequently, students protested against this legislation on the grounds of it being undemocratic and unjust to their autonomy. The crux of their demand was that:

The EC convened on the 10th of August and framed a letter for the State Government which mentioned that the students opposed to the proposed council, and want the previous union structure to continue.  Even though the EC in the letter conceded to the fact that elections in JU are always peaceful, they refused to acknowledge the legislature as being ‘undemocratic’.

Jadavpur University’s roots lie deep in the history of struggle against imperialist forces who managed to choke and throttle our country for more than two centuries. Perhaps, it is this spirit which brings together students from all backgrounds, whenever its independence is jeopardized. Hence the students have, time and again, shown an unprecedented level of solidarity. The march to the VC’s office on 10th August was a firm reminder of the power that lay within the students. More than 2500 students, across all faculties irrespective of affiliations united under one banner, marched to Aurobindo Bhavan, the administrative headquarters of our University.

The aforesaid letter was given to the student representatives after which, they held a general body meeting. In conclusion, the letter was rejected with clear demands of the council conveying to the state government, in writing, that the Act passed is “undemocratic and unacceptable”. The JU Teachers Association (JUTA) too, issued a letter in solidarity with the students’ protest.

After a 35-hour long sit-in demonstration by the students of Jadavpur University, the EC, on the night of 11th August, agreed to ‘forward the student’s request to the state-government to reconsider this act.’

While the initial victory towards a more autonomous campus had been won, the media backlash faced by the students was tremendous. Well-known dailies of the city and media houses of the nation chose to misconstrue and distort facts. Jadavpur University once again became the victim of sensationalism and a hotbed of “political hooliganism”, where its students “choose the downfall of the academic atmosphere of the University over its upliftment”.

Anandabazar Patrika in its August 12th publication reported that studies were suspended due to the protest and that the VC was gheraoed.  What ABP failed to be was a responsible newspaper, and instead of putting an effort to find out what really happened, they chose the easier way of misrepresentation. The matter of fact being, the majority of classes scheduled for those two days had been attended by a regular number of students and there was no gherao, whatsoever. Reporting and slandering are separate exercises. Responsible Journalism comprises the former. Our media houses had a field day doing the latter.

Where in comes this small beacon of hope that we began this story with. The students of the university do not take the threat to the fundamental right of democracy as a jest, hence, in the following days ABP was at the receiving end of massive online campaigns against the allegations of class cancellation and gheraoing the VC. The student media body of Jadavpur University, the JU Journal drew up an online petition addressed to ABP. More than 3,500 people signed the petition, The Journal emailed the Editor of Anandabazar Patrika to publicly apologize for defaming a prestigious institution and retract his statement. We held our breath, reined in our anger.

The next morning, in just a few lines, the newspaper that is read by half the Bengali household of Kolkata, retracted the falsifications they had boldly splattered on their pages in bright black letters the day before.

We won half the battle-they still call a sit-in demonstration a ‘gherao’, endorse prejudiced opinions and insinuate violence and coercion. Yet, as our students take to the streets to march to the education minister’s office, we write and write, with strengthened conviction- that over the cloud of all their mangled distortions, we can still be heard. 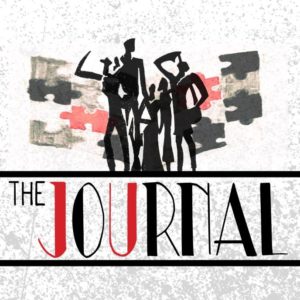 Article by the JU Journal. The JU Journal is a student-run media body that attempts to bring forth the various aspects of life on campus with an aim to highlight the excellence of the university.

Architecting a Regulatory Framework for Cryptocurrencies in India

« Decoding the Triple Talaq Judgement: The Ratio, the Order and the Balancing Act
Living with High Functioning Depression »