Untold Tales: These Happen Only In India

Sourya Banerjee 14th July 2016 Untold Tales: These Happen Only In India2017-08-15T11:34:48+00:00 Editors Pick, Featured, National 2 Comments
[The following is an experience narrated by a current student of a Law School. For obvious reasons the author chooses to remain anonymous. No changes have been made to the version of the author by Arguendo. All pictures are for representative purposes only.]

And there we
were, on a fine cloudy day, at Sajjangarh Palace, Udaipur, which is a palatial
hilltop palace, residence of the then rulers of Udaipur, situated 3100 feet
above sea level. There were six of us, on an all-girls’ road trip for the weekend. It
was perfect, right upto what happened at the palace. We were all clicking pictures of the
beautiful scenic view of Udaipur city, but as it turned out, someone else was
clicking our pictures at that moment. Not once, not twice but every time we looked away,
this man (who by the way, looked creepy as hell) kept clicking our pictures. 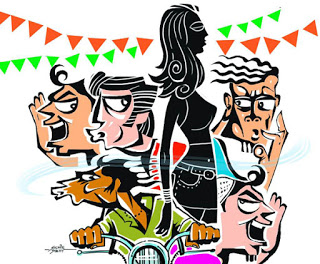 Two of us did
notice that and I turned back to shout at him as to what he was upto, to which
he changed his camera’s angle and pretended to click the hills in the
background, without answering me. He (and his group of three others) walked a little farther from where all of
us were standing and pretended as if nothing happened. Me and my friends, for
obvious reasons, moved towards the exit to look out for a watchman, or police
(which generally we find in tourist places) or any other security personnel.
But as most incidents with girls in India, we had to fight this on our own,
because we found NOTA (none of the above) !
Finally we ended
up finding this really aged care taker of the palace and tried to explain to him
what had happened. He came inside the palace with us again to confront the person. The watchman questioned him about clicking our pictures and very conveniently and
covertly disappeared from the scene. The next thing we know, Mr. Creep had the audacity
to question me about the complaint we made to the caretaker.  Without arguing, I asked him to hand me over
his phone. After a lot of denial, he finally, acting very cunningly, handed me
his friend’s phone with the confidence that I will not find any photos in it.
They were four in all, out of which, with a lot of shouting and brawling, I
managed to check three other phones, except the one actually owned by Mr. Creep. He managed
to shout back at me and make me look like the fool who was lying or
may be doing all this for fun. In his defence, all he said was “I am here as
a tourist and I am bound to click pictures, if you are coming in the way of it,
I can’t help it.” Well, how convenient.
I wasted my time
and energy, and my friends’, plus I failed to get his phone in my hand to check
for any pictures. It was all in vain. Which is why I am writing this article
today.

It is important
to note here, that apart from the six of us, and four of them, the place had 50
odd people who got an easy, free tamasha to watch, and who were probably
waiting for popcorn to be served.

Why did I not
get access to his phone which was right there in his pocket, when I was dead
sure that he clicked our pictures? Because of all “manly figures of the
society” and all “modern women of the society“, along with the
“modern families” chose to sit back and watch who wins the game.
I was shouting
at the top of my voice, my friends supporting me. But that was all. None of the
educated class of people present there had the guts to come and help us get the
phone or confront those losers. It is sad to see that people don’t realize the
gravity of incidents like these until they are the ones facing the music.
People sure stopped there and heard what I was saying, how I checked their
phones, but none of them made an effort to stop the guy from humiliating me and
my friends. They were mere spectators.
That one thing
that helped me was my telling him that we were law students and would pursue the matter if needed. That thing put him in a little confusion
and that’s when he lowered his tone a bit. But again, that didn’t stop him. He
asked me to apologize to him because I couldn’t find any pictures in those
phones he showed me.
So what are we
supposed to do when there’s nobody around to help? No security personnel, no
help from the public. Just 6 girls who know they were wronged, but they were the
only ones ready to stand for it.  This
could’ve been worse, but since it wasn’t, I am thankful. But what if it was?
People who do not come together when such a thing is happening in front of
their eyes are the same people who go for candle light marches after some
gruesome and sickening incident takes place. Of course nobody was obligated to
help us, but, it could’ve been their sister, your mother or daughter or wife.
Would they have still been quiet? Would you have been a mere spectator?
One of my
friends called me a “Dabangg” for doing this without any fear, but
how many of us do this? I may have confronted him, but what good did it do?
This is the reason most women do not come out openly with the problems they face,
they do not confront their wrong-doers, because they do not have any confidence
or faith in the people, in the system.
And how would they? Because all they become is matter of gossip,
sympathy (and not in a good way) or may be isolated from the society for having
such a fate to have faced all of it.There are some
things that we need to sincerely work upon.
To get rid of that attitude
“Mera kya jaata hai” is the priority in that list. 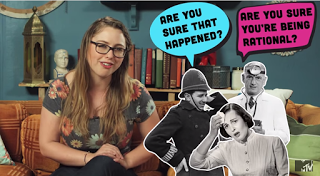 Instead of help, women face statements like “Why did they send girls on the trip alone
anyway? What were the girls wearing? How could they mess with the guys..kuch ho
jaata toh?”

It’s time we
stand for each other, it’s time we take responsibility. We should make sure
that there is no need that we take out candle light marches, it’s time we stop such
incidents that lead to candle marches.
PS : The irony is that
I can’t disclose my name here, because this, being India!

« The Leak we haven’t fixed: The Essar Scandal
From Battlefields to Brazil: A look into the Refugee Olympics Team »