admin 5th October 2015 TheWitnessStand: Life @ Amity Law School Delhi2017-08-05T17:29:01+00:00 1 Comment
It’s been less than a month since college
has begun. I am still in the process of getting accustomed to the routine, the
people and the culture. But at the same time, when you enter as a fresher, you
notice certain peculiar characteristics about the college that you would get so
used to in 5 years that it would hardly stand out anymore. For every aspiring
lawyer, who doesn’t want to leave Delhi, Amity Law School Delhi is usually
their second best option (after NLU Delhi of course). The part that bothers
most of the students at ALSD is the stigma attached with the word “Amity”.Almost
everyone is aware of the fact that Amity has no procedure to grand a child
admission and takes anyone in who is willing to pay the high fee.  It takes a lot of effort for most of us to
explain how ALSD is different from the regular Amity Law School Noida. 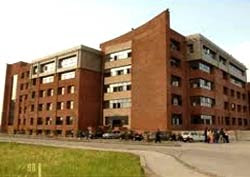 We have
to explain that we had to go through a competitive examination to get through
the college we are in and the only thing that ALSD shares with Amity is its
building.  But at the same time, we are
lucky enough to share all the facilities and fancy infrastructure that the
regular amity provides. Mainly AIR CONDITIONING!! And at the fee of a central
university. Situated in some corner of Noida, the 60 acre campus of Amity
University is not hard to miss. Its huge red bricked buildings are even visible
from an airplane. While everyone raves about the Amity campus, I wasn’t too
happy. I crave natural beauty and greenery. Amity University is a concrete
jungle! The few trees that they have planted, seem so artificially placed in
between the tiled floor. Having a 60 acre campus, one thing is fairly certain.
You have to walk. A lot. The walk becomes worse thanks to the Delhi heat. It is
common to see people carrying umbrellas with them (at least the girls) , or
covering up their entire face with their scarf. In the first week of college,
the campus seemed like a maze. Usfreshers seemed like lost tourists in a
foreign land asking people where which block or gate is. It is a great relief
to enter our bloc i.e. F-2. Ever building at Amity is like an enigma. At the
basement of our building itself, we have a canteen, a restaurant ( Wallstreet,
and a gaming zone called Arcadia. Since there is not much outside the
campus,once we are done with classes we go and chill in the Arcadia. Arcadia is
not exclusively for our building, but it’s famous throughout Amity. You can
play Pool/Snooker/Billiards (still don’t know the difference), air hockey,
foosball, videogames, and even do bowling. In fact the even have a carom and
ludo table. If you aren’t interested in any of that you have an eatery inside
the Arcadia itself. We are still in the process of exploring all the cafeterias
below each building. Its just disappointing to the non-vegetarians. There is no
non-veg served on campus. However, right outside gate 2A you have various
stalls where you get non- veg and all sorts of rolls, momos, and maggi .Just
one of these buildings in the Amity Campus is the Central Library. It is a huge
two storey building which even has escalators installed. It has books covering
most of the subjects. Except well Law. For Law books we have our own small
library in our own building.
The first few days of college were awkward.
Everyone was just getting familiar with one another and being overly sweet
knowing that they’d be spending the next 5 years of their lives with each
other. It is hard to imagine that I would be 23 by the time I pass out. As far
as the crowd is concerned it is not that diverse since IP reserves 85% of their
seats for Delhites. Some of the people even ended up finding people with mutual
friends. Some of them were shocked when their myth of what college would be
like was broken. Many had the image of college coming straight out of a
karanjohar movie where people would bunk and party. I thankfully did not have
such perceptions since I knew it was Law School. Ive had friends who’ve
completed law school in 8 years. I had been guided by them to not take the
attendance that lightly. It is compulsory to have a minimum of 75% attendance
in every subject. Attendance is the only thing that is keeping people in class.
Hardly anyone has bunked as yet. In fact, attendance is the best
threat/incentive a teacher can give. It is taken in every class. In a day we
usually have maximum 4-5 classes. Apart from that on a few days we have our
PSDA (Personal Skill Development Activity ) class on which we are marked. Every
morning, there is a huge crowd around the bulletin board on which a new daily
schedule of classes is put up. While us first years have a hard time
deciphering the initials of the teachers’ names. In class, most of the friend
groups formed have started to solidify. Since I enjoy most of my subjects,
classes actually seem interesting. We often deviate from the main crux of what
we are studying and end up having these intense debates in class which I
thoroughly enjoy.
This year onwards, they have started a new
activity known as the Mentor-Mentee Program where you have numerous activities
to choose from, and at the end of it achieve the established goal. You also
have various societies (debate, dance, and music, moot court) to choose from.
We start mooting from first year itself. The seniors are pretty enthusiastic
about mooting and most of them are extremely helpful. From what I’ve heard, the
first moot of ours (which would be held in October) would not be that serious. It
would be more of ragging where seniors would grill you and make you do weird
antics. It has been an old tradition which our seniors choose to carry forward
and hopefully we will too.
Amity Law School Delhi is our second home.
More than half of our day is spent in here. From what seemed like ‘school for 5
more years’, it’s getting better as the days pass. I guess I’d have more to say
once I’m done with this 5 year long journey. 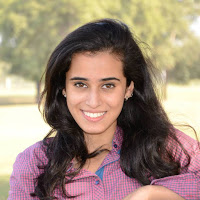 Ria Khanna, is a first year BA LLB student at Amity Law School, Delhi. She is an Air Force kid and has lived practically out of bags half her life. She loves a good conversation and tea.