Ukraine Crisis: What it could mean for the rest of the World.

admin 26th May 2014 Ukraine Crisis: What it could mean for the rest of the World.2017-08-15T11:46:18+00:00 World No Comment
The current on-going battle between Russia and Ukraine over the accession of the Crimean Peninsula has inarguably become one of the most controversial matters of the year. But is this a conflict which is only constricted to the Crimean Peninsula or could the Russian Accession of Crimea through its contentious referendum bring about a renewed Cold War? The Cold War immediately brings to mind the intense American soviet rivalry that plagued the better part of the 20th century. Ever since 1991, with the dissemination of the Soviet Union, we have seen the taming of the Russian federation as such, the United States has widely been regarded as the sole superpower and NATO as an unquestionable military alliance. While Russia still remained a potent power, with a powerful nuclear arsenal at its disposal, even an untrained observer knew
Putin has been widely criticised for this and one cannot help but wonder if Russia’s actions in Crimea and now its intentions towards Ukraine are in the larger picture actually aimed at bringing back the Russian supremacy of old, reminding the international community of what the Russians are capable off and showing the United States that they alone cannot intervene, unquestionably. 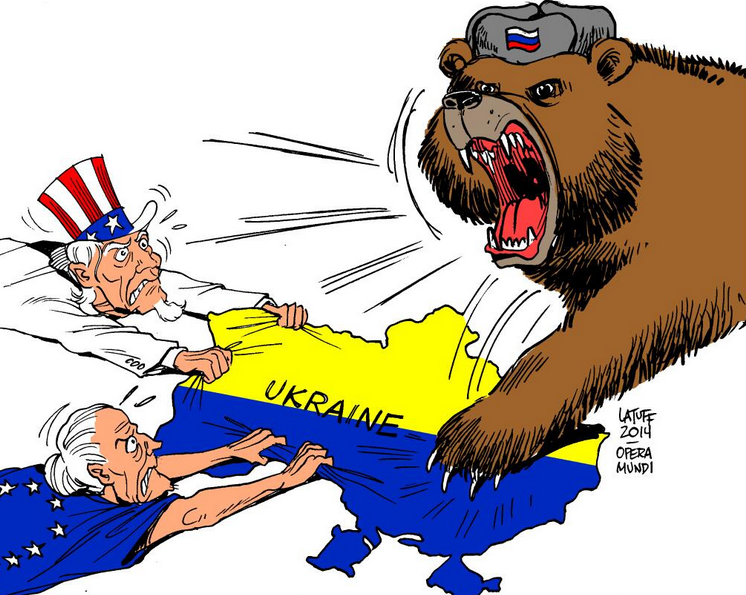 Is what Russia doing however acceptable by any means? While most will quote the 96% Majority Referendum, was it actually fair? Think for a Minute, There is a puppet government in Crimea that seized power almost literally at gunpoint and is run by a party that won 4% of the vote at the last election. The streets are filled with menacing militia given arms but no training, supported by a variety of lethal-looking paramilitary groups and thousands of Russian soldiers Add to that the closure of critical television channels, the beating of a few journalists, the intimidation of opposition activists, the lies about “provocations”, and you get some of the backdrop to Crimea’s vote
With large brigades of the Russian Army deployed along the Russia-Ukraine border, Russia’s intent to invade southern Ukraine is all but certain. Given the presence of the huge Tartar population in the region, It is almost certain that Ukraine will not yield.
The NATO has taken its first step in the matter, by asking Ukraine to host the NATO war games. This action of the World’s strongest Military Alliance shows that it will not sit by and watch quietly as Russia continues it actions and has clearly picked a side in the conflict. India has openly advocated its support for its age-old ally and while the Chinese stance has remained ambiguous and remained pro-Russian at times, It will always remain anti-US and by extension anti-NATO
The coming months may see Ukraine as a battlefield which could see active engagement of two of the most powerful military powers in the world for the first time this century. Is this something the International Community can deal with and come-back from? What will happen to more than half a century of the United Nations efforts for World Peace? How will this affect existing conflict-prone areas likes Iran and Syria where Russia and the United States already have differing views? Can diplomacy solve what may be the biggest and most engaging conflict of the 21st century yet? Or will the Permanent members of the United Nations Security Council have to resort to armed conflict?
About The Author:-

« Caring For The Future: Interview With Sindhu Raam, Founder of NGO Care & Welfare
Atrocities Against Women in India: An Analysis. »