admin 4th February 2014 Sustainable Development & Green Technology2017-08-15T11:49:09+00:00 National No Comment
“As human beings, we are vulnerable to confusing the
unprecedented with the improbable. In our everyday experience, if something has
never happened before, we are generally safe in assuming it is not going to
happen in the future, but the exceptions can kill you and climate change is one
of those exceptions”.–
Al
Gore[1]

YEAR
2014: Lake Michigan and Niagara falls FREEZE as a consequence to the extreme
weather prevalent across the United States. An apt reminiscence of such a
scenario can be recalled from the movie “2012”. There has been a drastic change
in weather especially after witnessing the hottest summers in the nation’s
history. If an event of such a magnitude isn’t an eye opener then these further
examples ought to be, the curious case of Eastern Europe enjoying spring right
in the middle of winter or England experiencing unseasonal torrential rains
during winter, as well as that of Australia currently enduring unusually high
temperatures[2].
“There are
skeptics who do not come to their view because they have a source of income
from carbon polluters”.-
Al Gore[3]

To
those naysayers who’ve claimed change is a work of fiction, what does their
studies which conveniently negated climate change for the undue benefit of
numerous multinational companies, which in turn have thrived through
irreparable damage to the environment[4].
Further
quoting Mark Twain[5];
“What gets
us into trouble is not what don’t know, but what we know for sure is just ain’t
true”
Such
words hold true for the current precarious environmental situation.
Eminent
environmentalist Mr. Al Gore since the early 2000’s has strived to educate and
create awareness among the masses warning them about the consequence of climate
change, sadly all his endeavors were futile and the world is a witness to his
fears about unchecked environmental damage.
The
concept of industrial revolution
which was conceived to be a boon for mankind has taken the form of a bane due
to inadept implementation and execution planning by its crusaders. The vision
which the conceivers of industrialization
sought to achieve was that of a world which provides for all humans.
However due to unchecked growth, rapid deforestation, exploitation of Earth’s
natural resources and numerous other reasons has seen the vision turn sour to
that of a planet which is blighted by natural calamities and thus caused
insufferable loss to life and property. The aftermath of Hurricane Katrina and
Sandy had the world rasped in attention.

The
planet initially provided for the needs and necessities of all, but given the
greed and the need for “self interest” of Corporate bodies has lead to overuse
of resources and has thus turned a very unlikely scenario into a likelihood
i.e. exhaustion of natural resources. Natural Resources being a nonrenewable
source of energy are bound to run out sooner rather than later. Overuse of
natural resources has led to a situation where the future generations may not
get an opportunity to enjoy the fruits of nature. Petroleum which is the
driving factor for the world economy is said to be completely exhausted by the
year 2050[6].
The
supposedly Supreme World powers have initiated no steps whatsoever in
furtherance to allay the above stated fears. If and when such an unlikely
scenario comes into fruition total anarchy shall prevail. With no viable source
of energy readily available time is running short for the World to survive
without the aid of natural resources. Impact of exhaustion of natural resources
would be felt the hardest on the Industrial Sector. Closure of Industries would
be a logical consequence coupled with scores of people facing the prospect of
unemployment. Such a World with scarce resources as well as high levels of
poverty, hunger, unemployment and utter chaos is not a world the ideology of
Industrialization provides for. It’s however poles apart.
However
there is time to salvage our future. This can be achieved by accelerating the
research into cheaper alternatives and reducing the time period between
conceptualization of an idea to its actual fulfillment. We may just about
reduce the burden on our plant and not at the cost of development. Any School
going child would be able to answer the question on what are the steps required
to save our planet from extinction. The solutions are present and available;
all that is lacking is a strong will to act upon those alternatives. Most of
the developed European Countries and to a certain extent Japan (until the
Fukushima incident) depend upon nuclear energy as a source to address their
respective nations needs. Iceland[7]
and other Scandinavian countries have met their energy requirements through
means of alternate Greener as well as cheaper sources of energy such as
geothermal, hydropower, wind, solar etc. Countries which are entirely dependent
on alternate modes of energy are not only self sufficient in energy needs but
are also into the business of exporting energy thus enhancing their own economy
by create a new industry of “exporting
clean and green energy”. The United Kingdom is the biggest benefactor of Iceland
thriving energy industry[8].
England
depends upon gas, coal and nuclear to fuel its energy requirements, whereas
Norway a country whose GDP is close to $236 billion depends upon hydroelectric,
geothermal and electric power to match its energy needs. Such alternate sources
of fuel have been identified inspite of having extensive reserves of oil and
natural gases.
Coming
to Asia, Kingdom of Bhutan is a frontrunner when it comes to the renewable
energy sector. Bhutan through its efficient hydropower system has not only
gained self sufficiency in energy but exports close to 75% of its excess energy
to India.
In
order to ensure self sufficiency in energy needs rather than burdening one’s
own economy through importation of energy many developing countries have taken
adequate measures in the right direction in order to promote alternate sources
of energy. India, China, Algeria, Mozambique, Albania and countless other
countries from different parts of the World have realized the grim future and
have ensured concrete steps have been initiated to protect and secure their
respective needs as well as future.
“Green
growth” means growth in harmony between economy and environment by
preventing climate change and reducing environmental damage with conservation
of energy and resources and efficient use of them, securing new growth engine
through research and development of clean energy and green technology and
creating new jobs[9].
The
major obstacle faced by Green technology is whether or not such sources are
efficient enough to power the needs of any country and whether or not a
full-fledged use of such sources is a viable option. Naysayers claim
development would be hampered if a large scale change is put into effect. To
those naysayers, what use is “development” if we have a planet which isn’t
suitable for living? Carbon emissions are at an all time high and studies have
shown a steady rise in the earth’s atmosphere over the past 20 years and with
each passing year the Earth has seen a 0.8 degree change in its temperature.
This has facilitated the melting of polar ice caps, which act as a sponge by
absorbing carbon from the atmosphere thereby reducing the Earth’s temperature.
However the accelerated rate at which the polar ice caps are melting are not
only shrinking the land mass available but also releasing the trapped carbon
thus further increasing the Earths’ temperature.
As
stated in the prior examples, development is possible in furtherance of green
technology. Development not at the cost of our environment is the key to the
problems faced by us. In short the birth of sustainable development[10].
Sustainable development has been defined in many
ways, but the most frequently quoted definition is from Our Common Future,
also known as the Brundtland Report[11]:

“Sustainable development is development
that meets the needs of the present without compromising the ability of future
generations to meet their own needs”.
It contains within it two key concepts:
·
The concept of needs,
in particular the essential needs of the world’s poor, to which overriding
priority should be given; and
·
The idea of limitations
imposed by the state of technology and social organization on the
environment’s ability to meet present and future needs.
“Sustainable
development” is the development that meets the needs of the present
generation without compromising the ability of the future generation to meet
their needs”.[12]
As the world
wrestles with the challenges created by growing populations, more balanced
distribution of wealth and rising public demands, new solutions are essential
to insuring that growth can be economically and environmentally sustainable.
Development in today’s context is at a critical juncture, with multiple crises
(financial, food and energy)forcing us to re-assess the economic paradigm of
our time and evaluate how to better address the unfulfilled promises that we
are currently leaving to future generations in areas of employment, social
progress, quality of life and respect for nature. The growing yields of mass
industrial production, the information revolution and success in other spheres
of social life such as medicine and education have considerably enhanced the
standards of living. But the benefits have been clearest only in the developed
countries. And short-term success often obscures long-term degradation of
natural environment and extensive depletion of natural resources. Thus,
ever-growing global interconnectedness and interdependence in the beginning of
21st Century irreversibly spread into the environmental issue area.
Development
in concurrence with the needs and requirements of all concerned individuals
including the environment has to be a key part of the Worlds’ economic
policies. Development is still possible through the use of alternate sources of
energy as shown in many Scandinavian countries. Short sightedness shown by
decision makers who are influenced by people who derive benefits due to the
exorbitant rates of conventional sources of energy must be avoided. Corruption
plays a vital part. Sadly Humans by nature are attracted to money like ants to
sugar. The preferable excuse of alternate sources being unreliable or expensive
is no longer applicable.
Thus
for good measure Countries have to adopt a strict policy towards alternative
sources thus affording a chance to replenish natural resources which are on
verge of exhaustion due to years of exploitation. Strict penalty is to be
awarded to nations not in conformity with the said policy (if it ever comes
into existence). Only if Countries act now can our planet and the future of the
coming generations be safe and secure.
[1] http://www.brainyquote.com/quotes/authors/a/al_gore.html
[2]
Times of India
[3] http://www.brainyquote.com/quotes/authors/a/al_gore.html
[4] Al
Gores’ documentary “An Inconvenient Truth”
[5] Al
Gores’ documentary “An Inconvenient Truth”
[6] http://www.theguardian.com/notesandqueries/query/0,,-64028,00.html
[7] http://makewealthhistory.org/2012/07/09/countries-with-100-renewable-energy/
[8] http://world-electricity-generation.findthedata.org/
[9] Presidential Council for Future and Vision
(2009)
[10] http://www.iisd.org/sd/
[11] http://www.iisd.org/sd/
[12] Our Common Future (1987) 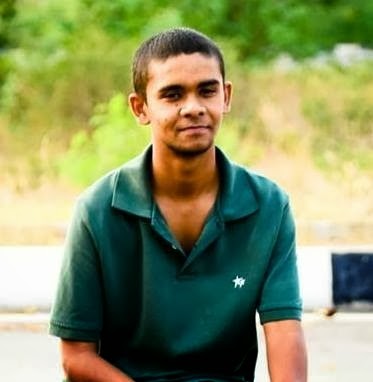