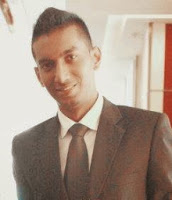 Q)
Tell us about how you joined ALSA and your initial days?
I
joined ALSA as a first year student in the National University of Malaysia. I
was active in the university chapter, before I was involved in the organizing
committee for the ALSA International Conference in Kuala Lumpur. During my
third year of studies, I was elected as the President of ALSA Malaysia. It was
during my final or fourth year of studies that I was elected as President of
ALSA International.
Q) Can law students from countries not a part of ALSA be involved with ALSA.?
Constitutionally, one has to be in a existing national chapter to become a member. However, non-member students can still be involved, if the host of an event allows
Q)
How long have you been the President of ALSA?
For
about 3 and a half months since end of August 2013.
Q)
What do you rank as the greatest achievement of ALSA under you?
Currently,
we are realizing plans and projects put forth by our predecessors. We are still
at a very early stage. However an achievement to note would be the release of
the Asian Journal of Legal Studies [http://ajls-alsa.com/archive/], where
credit must be given to its editor, Adrian Fong.
Q)
What are your plans regarding the growth of ALSA in the near future?
We
have a few major projects in place. One to note would be the establishment of
our very own Moot Court Competition. We are preparing the ground work, and we
expect to launch it in early 2015. We are also coming up with a systematic
exchange program, where law students would be able to carry out internships in
other countries through ALSA.
Q)
Tell us in brief about some activities that ALSA conducts for the benefit of Asian
Law students.
Our
2 major activities would be the ALSA Conference and ALSA Forum. In these
events, we organize debate competitions, moot competitions, workshops, table
discussions and many other academic activities. This is a great platform for
law students to be exposed to the different legal systems in Asia. It is also a
great opportunity for international networking.
In
addition, we have about 6 Study Trips per year organized by different
countries. Our partnership with the European Law Students’ Association (ELSA)
and the Australian Law Students’ Association (AusLSA) enables our members to
attend their conferences in Europe and Australia respectively. Members also
have access to summer law school programs in Europe through ELSA.
To
conclude, there are countless benefits for students.
Q)  How can Law students of different countries be
working members of ALSA and work for it?
The
president of each National Chapter is a member of the Governing Council, which
is the decision making body for ALSA. Despite coming from 14 different
backgrounds, we have had no problems or issues when working together.
Q)
Your message for all budding lawyers and future law students.
Do
not stick to your books and grades. Networking is extremely crucial. In the era
of globalization, your network makes all the difference. It is very important
to be exposed in the international arena, may it be through ALSA, Moot or other
competitions. Unlike the past, law students in the present are presented with a
lot of opportunities to hone their skills. My advice is to make use of these
opportunities. Dreams will only remain dreams if you don’t put in effort to turn
them into reality.

« The Shehzada, Mango Man and a Vikas Purush : A tale of election 2013
Traditional Knowledge- An Introduction »