Hypocrisy of GOI over the arrest of Devyani Khobragade

Editorial Team 21st December 2013 Hypocrisy of GOI over the arrest of Devyani Khobragade2017-08-08T15:19:42+00:00 National News No Comment
I would like
to give a word of caution regarding the title before you start reading. If you
assume that the title is meant to criticize the action of US, then you are
definitely wrong. It is a take on the behavior of the GOI and the National
media, and how they ended up looking like jokers to the people who can actually
see through the actions of the government and media with regard to their
behavior and attitude in such similar situations before.

America, the name itself is sacred to our
government and media who rejoiced and celebrated the victory of Barack Obama,
as if he is the Rahul Gandhi of US. The US government arrested, strip-searched
and humiliated Indian diplomat Devyani Khobragade. This is over some
ill-treatment of her maid by way of non-payment of proper wages and therefore
resultant visa fraud. If there’s a crime it’s fair she pays a price but it’s
her arrest despite being a listed diplomat and subsequent humiliation that has
brought out all-round outrage in our Media and political circles. What would we
have expected the Government to do? They removed the barricades outside the US
embassy, stopped supply of alcohol to the embassy, declined to meet their
delegations, tweeted and gave their opinions in panel discussions. Pardon my
French, but what did those morons do for all these years? Isn’t this act
against a diplomat a direct result of their sucking up to the US administration?
Where were they when they actually had to register a protest for its behavior
towards our citizens the umpteen number of times, when they were stripped and
searched, detained and questioned for hours, before? The only thing that can be
established from this incident is how good our Government is at making a fool
out of itself.
When APJ Abdul Kalam was searched and
humiliated in US, the Government of India and our media houses let it pass. The
only conclusion I can draw from this incident is that as APJ Abdul Kalam, was
actually nominated by the Opposition NDA Government, hence his humiliation was
tolerable. Because Subramaniam Swamy wrote a harsh article in India, the
worshipers of Congress and Commies lobbied with Harvard to cancel his courses
and get rid of him. Harvard obliged and what did the media or government do
then? They were absolutely relieved that Swamy had been “snubbed” by Harvard.
If you love an Indian being insulted by some entity in the US you will have
more such experiences. The only time the Media and Government of India made a
lot of noise is when Shahrukh Khan was held up. Oh, but he’s a “sickular” guy
and also a Muslim so that is an affront to India. That is the hypocrisy of our
media morons for you. Our sick media and Congress also celebrated when Wharton
cancelled a video conference of Narendra Modi because of lobbying by the same
morons. Of course, Modi is not an ‘Indian’ for them as he doesn’t belong to the
breed of Congress, and so such behavior was approved by them. The incident of
Baba Ramdev being detained didnt trigger any response from our GOI and media as,
in the eyes of this Government, wearing saffron is equal to being an extremist
and being treated like an animal. 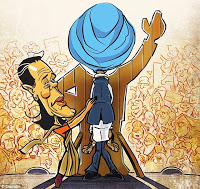 The heights of madness of this government
and few MP’S were witnessed when these “sickular” morons wrote a
letter to Barack Obama asking him to continue the entry ban on Narendra Modi.
On what grounds do these sick people ask US to ban entry of a fellow Indian who
is a CM, to be restricted from entering US. To my understanding these morons
must have considered Gujarat to fall under the jurisdiction of USA and hence had
tried to make him responsible for whatever had happened, there, without caring
about the findings of Supreme Court, which gave Modi a clean chit. The media
had made it a point of celebration whenever Mr. Modi was not allowed to US,
what I failed to understand is whether Modi is responsible to US Government for
them to put a travel ban on him for some incident that has happened in India.
These “sickulars” continued their celebrations instead of knowing a
simple fact which a school kid also would know that our problems are ours don’t
let an outsider be a judge in our case. Begging US to insult one of your own doesn’t
earn you respect but proves what sort of sick people you are.
This Devyani episode too shall pass and the
Congress GOI and Media will be back to sucking up to America as they have
always done. India had signaled America to get lost after the nuclear tests of
1998 under Atal B. Vajpayee. The current government brought back the days of
slavery to a government which doesn’t give a damn about India or Indian people.
Looks like the idea of pledging support is now only decided on which regime you
suck upto.
About The Author:- 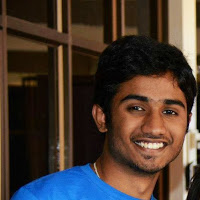 « Traditional Knowledge- An Introduction
A Gandhi Worth Remembering. »