With Justice Ruth Bader Ginsburg’s demise, we have lost a gem who inspired an idea of law not just within the United States but around the world. I’d like to discuss the lives and jurisprudential outlook of two US Supreme Court judges who had strikingly conflicting views yet were the most renowned jurists of their time. Justice Antonin Scalia, a staunch Constitutional conservative and Ruth Bader Ginsburg, a prominent Liberal. Justice Scalia and Justice Ruth Bader Ginsburg remained friends throughout their judicial stint in this world.

Both Scalia and Ginsburg espoused radically different positions of law but they were united by the ends they wanted to achieve, liberty and justice. While Scalia’s idea of law was based on textualism and originalism in Constitutional interpretation, Ginsburg can be called the one who saw the Constitution as a living document. Justice Scalia’s views on questions of social freedom were indeed problematic however his commitment to safeguarding and limiting the State’s overreach was precisely based upon his textualist and originalist interpretation of the US Constitution.

Justice Scalia in his book Reading Law: The Interpretation of Legal Texts aptly laid down his understanding of originalism: “It is in no way remarkable… that taking power from the people and placing it instead with a judicial aristocracy can produce some creditable results that democracy might not achieve. The same can be said of monarchy and totalitarianism. But once a nation has decided that democracy… is the best system of government, the crucial question becomes which theory of textual interpretation is compatible with democracy. Originalism unquestionably is. Non-originalism, by contrast, imposes on society statutory prescriptions that were never democratically adopted. When applied to the Constitution, non-originalism limits the democratic process itself, prohibiting… acts… that ‘We The People’ never, ever, voted to outlaw.” It is pertinent to mention that Justice Scalia’s commitment to originalism had a lot to do with the US Constitution’s foundation in the protection of individual rights and the Lockean approach to Government. So, originalism cannot be used as a tool of judicial inquiry when reading constitutions which are inherently about expanding State power over individuals.

On the other hand, Justice Ginsburg saw in the Constitution and its framework an opportunity to realise the rights of women which were denied to them and which required an understanding of the Constitution beyond what was originally thought about. In 1996, in the case of the U.S. v. Virginia, Justice Ginsburg invalidated the Virginia Military Institute’s male-only policy and reasoned that for such discrimination, the government ought to have an “exceedingly persuasive justification.” In 2017, she again invoked this standard in Sessions vs. Morales-Santana, holding that this justification must remain persuasive “today” because “new insights and societal understanding can reveal unjustified inequality — that once passed unnoticed and unchallenged.”

While many may see an eternal tussle between Scalia’s idea of originalism and Ginsburg’s focus on the Constitution as a ‘living’ document, I do not think that we can possibly call it a black and white issue. Ginsburg re-interpreted the Constitution in the light of evolving evidence surrounding the unequal rights of women and to assert their individuality. Her commitment to civil liberties drawing from her own experience is commendable. When it comes to Justice Scalia’s views of originalism and scepticism of State’s overreach, it cannot be completely brushed aside that many new ‘evidences’ of ‘inequality’ although however appealing and romantic prima-facie, cannot become ends that the law ought to achieve through State’s active intervention. The struggle for individual liberty must be realised and acted upon by individuals acting in non-coercive ways.

Unfortunately, in India’s judicial history, we haven’t seen many instances of a principled jurisprudential stand limiting State’s overreach. However, it is wise to recall Justice H.R. Khanna’s heroic and principled approach during the emergency era judgment of ADM Jabalpur vs. Shivkant Shukla. Justice Khanna challenged a Government with a brute majority. But what is more important and of immense significance is his vision of law, of fundamental rights and his understanding of a moral law beyond the written Constitution. He espoused the natural law theory when he said that fundamental rights precede the Constitution and that the fundamental right to life and liberty cannot be terminated by the will of those who claim to act in the name of the Constitution. The essence of the natural law jurisprudence is that Constitutions do not give or grant rights to people but they merely enumerate the rights that people already possess. It is for the purpose of safeguarding these rights from the State’s coercion that the enumeration is important.

If Justice Khanna would have been alive today, then there was little possibility that legislations such as the Citizenship Amendment Act would have seen the light of day or if they would have, Justice Khanna would have been lonely but a robust dissenter yet again. Instead of the likes of Justice Khanna, our judicial discourse today is surrounded by judges who are insecure and feel ‘threatened’ by principled criticism while slyly disregarding their unequal position of power and privilege. And they are, more often than not, expanding State control and power at a time when they ought to stand against the vile and vicious despotism of public opinion.

So while we celebrate the life and times of Justice Ginsburg, Justice Scalia or Justice Khanna, there is a probability that our commemoration and celebration of their lives is nothing but a hollow practice with no meaning at all. These people were not the ones who were too idealistic and their principles should not be confined to the Constitutional law answer sheets. What they stood for is not some sort of utopian idealism but a sense of law and justice which cannot be disassociated with our daily life, our political and social decisions. 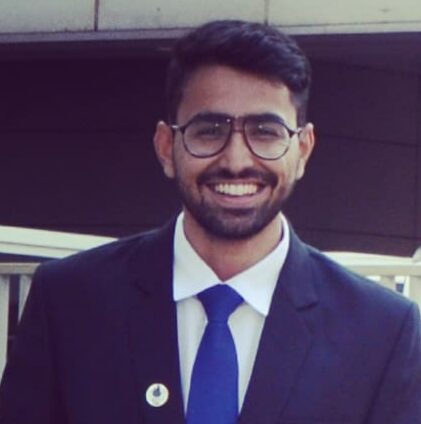 Mohammad Anas Khan is a Project Associate with Centre for Civil Society, New Delhi. He earlier served as a Student Leader for South Asia Students for Liberty. His primary interests are law, public policy and the market-approach to environmental conservation.

The Crowns’s Fancy: A Look into the Doctrine of Pleasure (Part-II)

« Examining the Scope of Consent in the International Criminal Law of Rape
Mental Health, Unlock, and Screen Fatigue: A guide to surviving the new “normal” »