Whilst the Indian Penal Code defines rape and sexual abuse, the provision was unable to address all forms of sexual harassment. The grey area regarding sexual harassment at workplaces threw light on the imminent rise in the instances of abuse at the workplace without a proper channel of addressing the grievance. Consequently, through the landmark judgement of Vishaka v. State of Rajasthan (1997), the Supreme Court fashioned the guidelines as part of the Prevention of Sexual Harassment at Workplace Act to what it is today. These guidelines aim to prevent and redress sexual harassment in the workplace. The essence of the Act is to uphold the fundamental rights of the working force of freedom to practice any trade/business/profession and the right to life and dignity without discrimination and harassment.

For this purpose, Sexual Harassment is defined as:

The underlying intention of these guidelines by the Supreme Court is to shift the focus of liability on the employer to prevent sexual harassment at the workplace.

What is Considered a Workplace Under the Act:

Under the Act, a workplace includes:

Who does the Act apply to:

The Act mandates, when a company has 10 or more employees, the employer must constitute an Internal Complaints Committee. The members of the committee will be:

where at least one half of the committee should constitute women. The role of the Internal Complaints Committee is to take up complaints, investigate and recommend the right course of action through a Report made to the employer.

The Act entrusts certain duties on the employer of the organisation to fulfil to ensure systemic prevention of sexual harassment at workplace. They are as:

When can a complaint be filed to the Internal/Local Complaints Committee:

Filing a Complaint — When and Who:

Upon an incident of sexual harassment, a written complaint has to be made to the Committee within 90 days (3 months) from the date of the incident taking place. The complaint should contain all the material and relevant details concerning the alleged harassment including the name of the employee against whom the complaint is being made, their relationship, and the date and time of the incident. However, if the Committee can be satisfied with a reasonable explanation for the delay in the complaint being made, an extension of further not more than 3 months will be granted.

Where a complaint cannot be made by the aggrieved person due to mental or physical incapacity, their legal heir or such other close relative/friend/co-worker or an Officer of the National Commission for Women or State Women’s Commission, or any person who has the knowledge of the incident with the written consent of the aggrieved person can file a complaint with the Committee.

Prior to investigating into the complaint, the Committee will make reasonable efforts to settle the issue between the parties, upon the approval of the aggrieved person. If a settlement is arrived at by both the parties, then the Committee will make a record of the same and close the case. However, if the aggrieved person does not wish to make conciliation efforts to settle or if the Respondent does not comply with the settlement, then the Committee shall make a formal inquiry and investigate.

Rights and Remedies of the Aggrieved Person:

During the pendency of inquiry, the employer, upon the advice of the Committee can:

Upon receiving the complaint, the Committee shall forward the same to the Respondent within 7 days and the Respondent is required to reply back within 10 days of receipt of the complaint. The Committee follows the Principle of Natural Justice wherein both the parties, the aggrieved person and the respondent will be given a right to share their story and for such purpose, a copy of the findings of the inquiry is shared with them to make representations. However, the law does not allow them to be represented by lawyers. The Committee can terminate the inquiry proceedings or give an ex parte decision if either party fails to present themselves for consecutive three hearings after being given 15 days’ notice regarding the termination of inquiry.

The Committee, upon completion of the investigation, will submit its Report to the employer and the District Officer within 10 days after completing the inquiry. The same is shared with the concerned parties as well. In this Report, the Committee will detail out its findings, and provide justification for the same.

The Employer is required to effect the recommendation of the Committee within sixty days of receipt of the Inquiry Report.

The Act determines how much sum is to be paid to the aggrieved person when the Committee has found the allegations against the Respondents true and correct. It directs that the following needs of the aggrieved woman must be taken into consideration before determining the amount of compensation:

The Act provides for punishment for False or Malicious Complaints and False Evidence. It states that when the Committee has a reasonable belief that the complaint filed is false and the aggrieved person knowingly filed the complaint, or, any false evidence is forged by any person, the Committee will direct the employer or the District Officer to take action. This does not warrant cases which could not be sufficiently supported with evidence or provide proof.

Where the employer fails to –

will be punished with a fine up to Rupees fifty thousand. However, if the employer commits the offence the second time, the punishment will be double the amount; or cancel the license or non-renewal or cancellation of registration for carrying on business or activity.

(P.S.: For a detailed and broken down understanding of POSH Act and its applicable Rules refer to the Handbook prepared by the Ministry of Women and Child Development. Available at: https://www.iitk.ac.in/wc/data/Handbook%20on%20Sexual%20Harassment%20of%20Women%20at%20Workplace.pdf)

About the Author: Manasa Ram Raj is a lawyer and writer focusing on gender equality and eradicating violence against women and children. She holds a Bachelor of Law degree from Christ University, Bangalore. Currently, she serves as the head of the legal team with the Gender Security Project and as a community engagement coordinator with World Pulse. 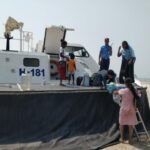 « The Digital Accessibility Conundrum: a top-notch law firm’s fallacious legal interpretation and Government’s silence
Examining the Scope of Consent in the International Criminal Law of Rape »