Suresh Oraon (27) of Purnadih Chatra, Jharkhand was shot dead this morning. Suresh and his people were the owners of the land on which the state-owned Central Coalfields Limited (CCL) built their Purnadih coal mines. Suresh kept fighting CCL and their mafia against land grabbing. When CCL bulldozed the resistance Suresh and community started fighting for jobs and compensation. When CCL started to dump mine waste into the Damodar river they took the management to court and won. 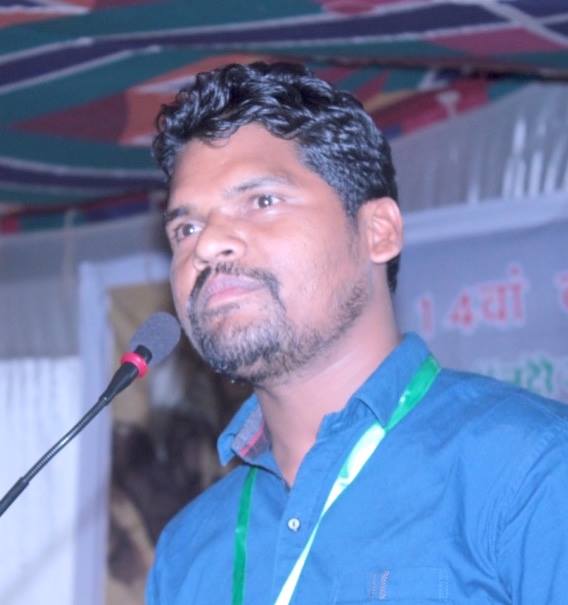 Oraon had filed a writ petition in Jharkhand high court against Central Coalfields Limited on June 8, 2012, alleging that the company was polluting the Damodar River through its washeries. The case was heard by a bench comprising Justices P.P. Bhatt and D.N. Patel. The bench, disposing the case on December 2, 2013, had directed the coal company to ensure that pollution was not caused to the river due to its mining activities. However, villagers said that since the coal company was not serious about complying with the orders of the court, Oraon was worried.

Four people, all supposedly armed with lethal weapons, pumped nine bullets into Oraon at around 10 am on Thursday, June 7, when he had gone to attend a prayer meeting of Sarna Samiti. Locals said that the assailants, who arrived on motorbikes, asked a village boy who was walking towards the venue of the prayer to inform Oraon that he has some visitors. When Oraon went to meet them, they greeted him by saying ‘Johar’ (local word for greetings) before firing nine bullets at him, killing him instantly, The Wire reported.

Every Thursday, Sarna Samiti members – tribal men and women who follow Sarna religion and worship the nature – gather in the village to perform puja. It was on one such occasion in Purnadih that the incident took place.