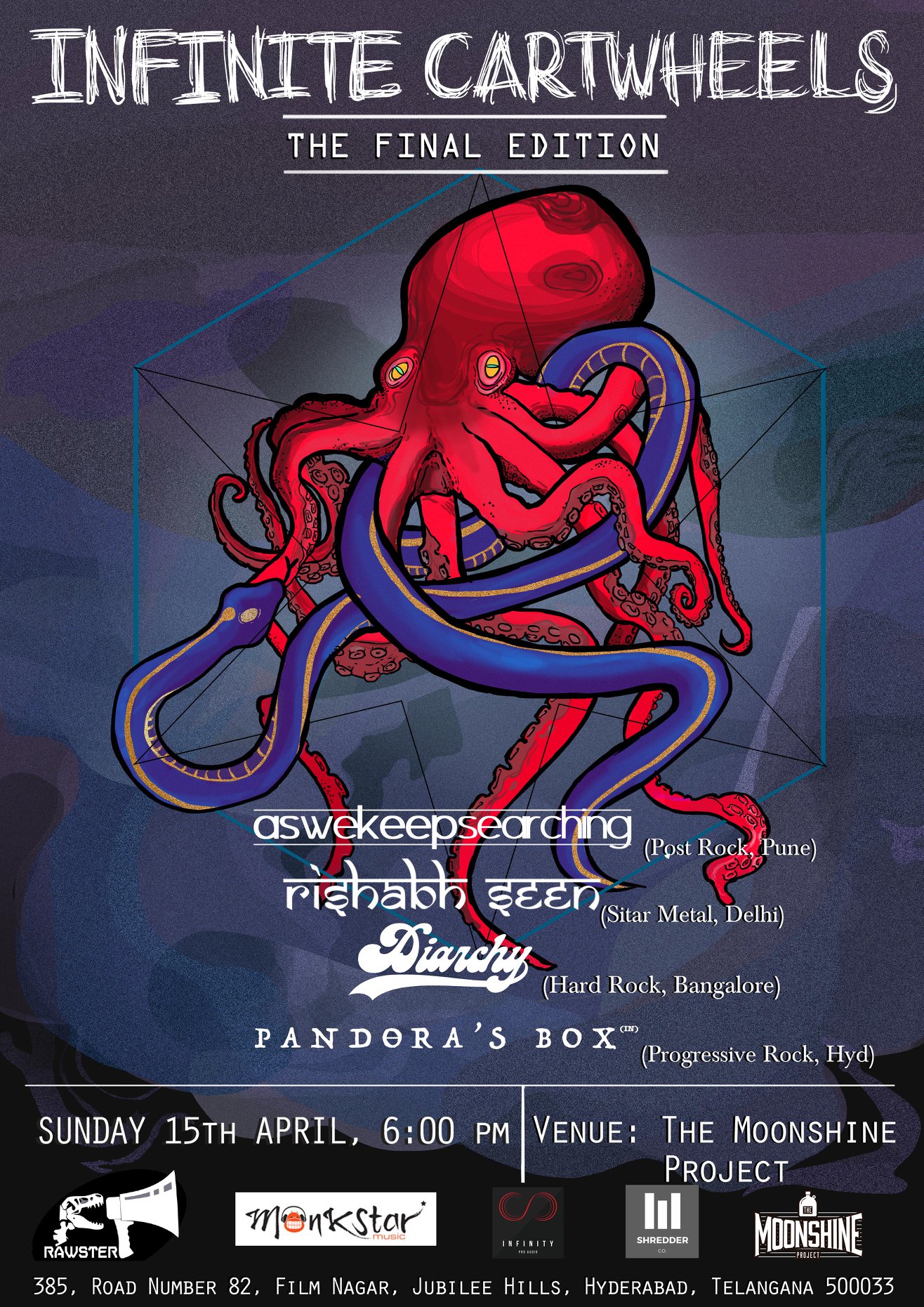 aswekeepsearching is a modern post-rock band expressing emotions, life experiences, and feelings in the form of instrumental music with some vocals, based out of Pune.

At his current age of 20, Rishabh has become the world’s first Sitar player to be endorsed by an Amplifier brand – Laney Amplifications,He is the first ever ‘METAL’ Sitar player to play and write Metal Music and front a Metal band ‘Mute The Saint’ which he founded in 2015 and is also the youngest Sitar player to become a 2 time TED speaker and performer.
Rishabh has been Mentioned as the ‘Sun of Indian Classical and Metal music’ by ‘The North-East Today’ Newspaper/Magazine(India) and being listed amongst ‘The Top 10 young Indian Entrepreneurs and Innovators of 2015 ‘by ScoopWhoop and Under 25 Summit India.
This would be his second time at Infinite Cartwheels!
Diarchy:
Diarchy is a rock duo formed in Bangalore, India, in 2015. The duo consists of Prakash Rawat (guitar, vocals) and Gaurrav Tiwari (drums, rhymes). The band’s raw, riff-based, hard rock sound draws heavily from their influences such as Planet of Zeus, Orange Goblin, Karma to Burn, Alabama Thunderpussy. The guys have been playing the circle as part of other bands since 2013. In June 2015, they got together to try out the rock-duo set-up.

Pandora’s Box is a Hyderabad based 5-piece progressive metal/experimental band from Hyderabad that uses a variety of musical influences to conjure up an eclectic and fresh sonic experience
The Event will take place at The Moonshine Project, Jubilee Hills, Hyderabad!
For more details and Tickets check HERE

« Women, War, and the Worsening Situation
Sexual Violence as a peacetime-wartime continuum: Part 1 »