Finance Bill 2017 had introduced a new financial instrument called an “electoral bond”, issued by the Reserve Bank of India, which can be bought and deposited in the account of a political party without disclosing the donor’s identity. The amendments to the Finance Bill, 2017 also removed, (a) the limit of 7.5% of net profit of the last three financial years, for contributions that a company may make political parties, and (b) the requirement of a company to disclose the name of the political parties to which a contribution has been made.  In short, keeping in mind that Political Parties are still exempted from the purview of the Right to Information Act, a company can literally buy out an entire party and the public would be no wiser!

Despite previous efforts by organizations like the Association of Democratic Reforms and a full Bench Order of the Central Information Commission, during 2013, we still have no clue as to how and from where money was coming into the hands of Political Parties and the Politicians running those parties. Even murkier than the financial transaction of Political Parties is perhaps financial transactions of family members of politicians. Quite often, financial conditions of Politicians and his/her family members would boom as soon as they were elected.

Though the Representation of the People (RP) Act, 1951 mandated declaration of assets by candidates contesting elections, it did not mandate declaration of the source of the assets/income. Nor is the same necessary for the family of the candidate. In the matter of NGO Lok Prahari vs Union of India and others, Justice J Chelameswar and S Abdul  Nazeer, made strong remarks and wondered if the mercurial rise in the assets of politicians just within a span of five years between two successive elections, was a product of ineffective investigation or of some “immunity” provided to them.

Calling for quick action against MPs and MLAs possessing disproportionate assets, the bench had observed the government should notify special fast-track criminal courts to try MPs and MLAs in corruption cases and the judge should be directed to complete the trial in a time-bound manner.

The Petitioner NGO also argued that if candidates having business contracts with the government would be disqualified, it should be interpreted to provide for disqualification of candidates for having any business interest, either directly or through close family members, in any organization holding government contracts too. And thus, the Supreme Court ordered that candidates contesting elections will have to declare not only their own sources of income, as well as that of spouses and dependents. For example, Mr. Amit Shah would have to not only publicly declare and open to scrutiny his source of income, but also that of his son, Mr. Jay Shah.

While it is true that this ruling does not affect the status of contributions received by Political Parties, if effectively implemented, this shall go a long way in draining the swamp. 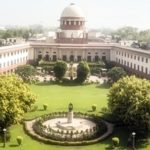 Who Shall Watch the Watchmen: Trouble in the Supreme Paradise

« Breaking The Taboo – By Richa Khobragade
Timeline of vandalization of Statues in India, March 2018 »