According to a report by The Hindu, the Central Government has dropped plans to recognize transgender persons as the ‘third gender’ in the country’s labour law framework.

In 2014, after generations of oppression, in the case of the National Legal Services Authority v. Union of India, the division bench composed of Justice K.S. Panicker Radhakrishnan and Justice Arjan Kumar Sikri, in what was a landmark decision, declared transgender people to be a ‘third gender’, and affirmed that the fundamental rights granted under the Constitution of India will be equally applicable to transgender people, and gave them the right to self-identification of their gender as male, female or third-gender. This judgment was heralded a major step towards gender equality in India. Moreover, the court also held that because transgender people were treated as socially and economically backward classes, they will be granted reservations in admissions to educational institutions and jobs.

In line with the Supreme Courts judgement, and due to other reasons the Labor Ministry had started working on The Wages Code Bill, which was drafted under an exercise to rationalise the country’s 44 labour laws into four codes covering all the regulations about wages, industrial relations, social security and safety, and health and working conditions. However, part of the Labour Ministry’s draft law to codify wages and aimed at protecting transgender workers from discrimination has been shelved on account of reservations expressed by the Law Ministry.

“We had proposed inserting clauses for recognizing the rights of transgender workers in all the four labour codes. However, the Law Ministry objected, citing the General Clauses Act of 1897, according to which ‘transgenders’ fall within the definition of ‘person’. It was then decided that there was no need to add a separate clause for them. Now, because of the objections raised by the Law Ministry, we will not mention the term ‘transgender’ while stating the entitlements related to gender in any of the labour laws,” a senior Labour and Employment Ministry official *apparently* told The Hindu.

The draft Labour Code on Wages Bill prepared by the Labour Ministry in 2015 had provisions prohibiting discrimination against transgender persons in the payment of wages.

The statement of the Law Ministry, if true, is surprising, as Section 3 (42) of General Clauses Act, 1892 states;  “shall include any company or association or body of individuals, whether incorporated or not.”

Though it may seem that the statement and action by the Law Ministry are counter productive to Transgender Rights, it should be noted that the Transgender Persons (Protection of Rights) Bill, 2016 is pending before the Lok Sabha. The Transgender Persons (Protection of Rights) Bill, 2016 prohibits discrimination against a transgender person in areas such as education, employment, and healthcare. It directs the central and state governments to provide welfare schemes in these areas. Essentially it provides for all the protection in a workplace and outside which would have been provided under the Labour Code. 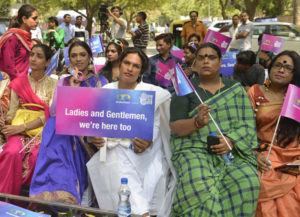 It is quite poissible that the report by The Hindu is based on an inter-departmental misunderstanding.  Till the Law Ministry either issues a clarification on the same the matter does seem a bit unclear. Nevertheless, thanks to the Supreme Court’s order in NALSA vs Union of India [WP (c) 400 of 2012], Transgender Rights in India are safe and protected, for now atleast. 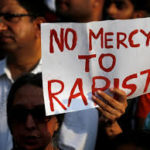