This is how Government denies RTI & litigates against its own officer: Sanjiv Chaturvedi victim of whistle blowing. A story that is explained by three news items from between 2016-17. The IB has unlawfully refused to give a copy of its own report about threats to life of Sanjiv Chaturvedi to him, claiming that it was exempted from RTI under Section 24 of RTI Act, though it had a proviso that information relating to corruption and human rights violation has to be given on the order of the Information Commission. CIC M Sridhar Acharyulu directed the IB to disclose the report. It appealed to Delhi High Court which granted a stay, and then on 23rd August it has upheld the order of CIC M Sridhar Acharyulu. Mr Sanjiv Chaturvedi argued his own case before the High Court. The Government refuses to give information to a Government Officer though the enactment mandated it, and litigates against its own officer, who exposed corruption of politicians and victimized by the Rulers of both UPA and NDA Governments.

The central information officer has asked the Intelligence Bureau to explain why it objected to the environment ministry sharing its report that clears Sanjiv Chaturvedi’s name in a slew of false cases.

New Delhi: The Central Information Commission (CIC) has questioned the Intelligence Bureau (IB) on the latter’s refusal to disclose to bureaucrat and whistleblower Sanjiv Chaturvedi its report that clears his name in a number of cases. The IB had objected to the environment ministry sharing the report with Chaturvedi.

In an application to the CIC, Chaturvedi had said that obtaining the report would help him fight the violation of his human rights caused by those public servants whose corruption he had exposed as part of his duties as an Indian Forest Service (IFS) officer. He had argued that the harassment and false allegations against him are directly linked to his exposure of corruption in the Haryana government, as well as at the All India Institute of Medical Sciences (AIIMS).

In response, Central Information Commissioner M. Sridhar Acharyulu has released an order asking the IB to either send an affidavit or an official representative to present its reasons for not allowing the report to be shared with Chaturvedi. The IB can avoid the hearing, slated for April 12, if they can send a copy of the report to Chaturvedi, or withdraw their objection to the environment ministry sharing it with him.

The report was sent to the cabinet secretary and the environment ministry in August 2014. A ministry official had sent Chaturvedi a note sheet of the file, which contained a summary of the report. In this note sheet, it was clear that the IB had concluded that the cases against Chaturvedi were false.

A summary of the report was also submitted by the Centre in a reply affidavit before the central administrative tribunal in New Delhi. This summary had read: “There appears to be truth in the contention of Shri Sanjiv Chaturvedi regarding alleged harassment meted out to him by Haryana Government. His request for change of cadre from Haryana to Uttarakhand merits consideration.”

In his order, Acharyulu said that it was clear that the report was no longer “a matter of secrecy,” having come into the public domain via media coverage and responses to RTI applications.

The CIC order also says that Chaturvedi has convinced the commission about the present threat to his personal security, noting that he is facing false allegations and has been forced to be on leave from work because he had exposed the afforestation scam in Haryana. It also argues that the IB report is essential for him to use in his defence in the various ongoing court cases.

The CIC said that Chaturvedi has also established urgency as both the Supreme Court and the Delhi high court need to consider a certified copy of the IB report, along with other evidence, to examine the writ petitions before them.

Chaturvedi has also urgently sought a copy of the IB report as he has challenged an order by the central administrative tribunal, which says that documents filed by Chaturvedi could be classified, making him guilty of “misfeasance, if not misconduct.”

The CIC has held that even though the IB is exempted from sharing information under the RTI Act, under Section 24 of the Act it has to share information pertaining to allegations of corruption and human rights violations. It said that there was no basis for the IB’s objection to sharing the report with Chaturvedi. “The IB […] has obstructed the furnishing of information,” said Acharyulu.

Observing that according to the IB report the Haryana state government had foisted false cases upon Chaturvedi and violated his human rights, the Commission said, “Right to information is a human right, which (the) applicant is trying to use to fight the violation of his other human rights, including (the) right to serve the government as an IFS officer […] By objecting to (the) disclosure of its IB report, the IB, the applicant alleged, has violated his human right i.e., (his) right to information.”

The CIC also pulled up the environment ministry, arguing that even if the IB had objected to the disclosure of the report, the central public information officer (CPIO) at the ministry should have “exercised his independent discretion […] in deciding whether the copy of the IB report held by them could be shared with the application.” In view of this, the CIC also directed the CPIO to explain why penal proceedings should not be initiated in the matter.

The IB’s reluctance to share the report could be ascribed to the fact that their investigation uncovered rampant corruption not only in Haryana, but also at AIIMS. Making this public would cause major embarrassment to the central government.

The Delhi high court on Wednesday stayed an order of the Chief Information Commission directing the Intelligence Bureau to make public its report on alleged harassment of whistle-blower officer Sanjiv Chaturvedi.

Justice Sanjeev Sachdeva stayed the operation of the CIC’s April 21 order till the next date of hearing on August 9 on the Intelligence Bureau plea challenging the decision.

The court said the issues of harassment and corruption raised in the matter required consideration and asked the Indian Forest Service officer to reply to the intelligence agency’s plea.

Additional solicitor-general Sanjay Jain, appearing for Intelligence Bureau, submitted that the agency was exempt from providing information under the Right to Information Act even if it was sought by Chaturvedi in his own case.

While Section 24 of the RTI Act exempts intelligence and security organisations from the purview of the transparency law, a proviso (exception) to the section states that this exemption is not extended to material held by or under the control of such organisations, which pertained to allegations of human rights violations or corruption.

The Delhi High Court today upheld a CIC order directing the Centre and the Intelligence Bureau (IB) to give a copy of a report regarding alleged harassment and false cases filed against IFS officer Sanjiv Chaturvedi for exposing graft during his tenure as forest officer in Haryana.

Justice Sanjeev Sachdeva dismissed the IB’s plea challenging Central Information Commission’s (CIC) April 2016 order directing them and Ministry of Environment and Forests (MoEF) to provide a copy of the IB report in relation to the harassment, human rights violation and false cases filed against Chaturvedi.

“The appeal is dismissed,” the court said. The detailed order is awaited.

While staying the CIC decision, the court had asked the 2002 batch Indian Forest Service officer of the Haryana cadre to file his reply to the IB’s petition.

Appearing for the IB, Additional Solicitor General Sanjay Jain had told the court that the report cannot be made public as the agency is protected under section 24 of the RTI Act, which provides that intelligence and security agencies cannot be forced to make any information public.

However, Chaturvedi, who served as the chief vigilance officer at AIIMS from 2012-14, had relied on the proviso to Section 24 which goes on to say that though intelligence and security agencies are exempt from the Act, they cannot claim exemption if the information sought from them relates to corruption and human rights violation.

Chaturvedi, who is currently posted as Conservator of Forest at Haldwani in Nainital District of Uttarakhand, had had sought through RTI, a copy of the IB report submitted in relation to false cases filed against him by “corrupt” officers exposed by him during his term as divisional forest officer (DFO) in Haryana.

MOEF had sought the opinion of the IB, which had objected to the disclosure. Chaturvedi had then approached the CIC.

The officer in his application to the CIC had said that obtaining the report would help him fight the violation of his human rights caused by those public servants whose corruption he had exposed as part of his duties as an IFS officer.

He had argued that the harassment and false allegations against him were directly linked to his exposure of corruption in the Haryana government, as well as at the All India Institute of Medical Sciences (AIIMS).

The CIC had held that even though the IB is exempted from sharing information under the RTI Act, under Section 24 of the Act it has to share information pertaining to allegations of corruption and human rights violations.

Professor (Dr.) Madabhushanam Sridhar Acharyulu (known with pen name Madabhushi Sridhar) is an Author of 30 books on Law & Journalism both in English and Telugu languages. He was a professor of law at National Academy of Legal Studies and Research (NALSAR) the University of Law at Hyderabad till 20th November 2013 which he resigned to take up the position of Central Information Commissioner at New Delhi on 22nd November 2013.

A double post graduate with LL.M., and M.C.J (Journalism) from Osmania University, Madabhushi achieved FIVE Gold Medals in all. Madabhushi has penned more than 100 research articles, developed lessons in Media Law and Journalism, presented papers at International and National Seminars on subjects of socio-legal importance and a columnist both in English and Vernacular Telugu on socio-legal issues in Daily Newspapers and the web journals. He wrote edit page articles in Eenadu, the Largest Circulated Telugu Daily and Property Law matters in Deccan Chronicle, Indian Express, The Hindu and The Hans India, Hyderabad. Besides, he also designed and presented various legal awareness programs on popular tv channels like ETV and HMTV. His BhoomiKosam(=For Land) program on HMTV has spread awareness about land rights in AP. He wrote several articles on media and law in www.thehoot.org and indiacurrentaffairs.org websites. 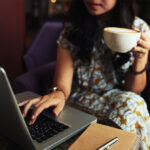 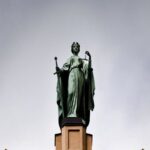