Sourya Banerjee 10th July 2017 Jammu & Kashmir State Human Rights Commission awards Compensation to man tied to the jeep.2017-08-05T17:44:32+00:00 National News No Comment
Jammu & Kashmir: The State Human Rights Commission (SHRC) Chairman Justice Bilal Nazki on Monday, 10th July 2017, directed the Jammu and Kashmir Government to provide Rs.10 lakh as compensation to the civilian allegedly used as a human shield by the army earlier this year.
Mr. Farooq Ahmad Dar, the civilian in question, Mr. Dar was allegedly tied to the bonnet of an army jeep and paraded through several villages on April 09 in Budgam during the by-polls of the parliamentary seat of Srinagar.
The State Human Rights Commission, however rightly refused to issue any directions against the army as it observed that it does not have any jurisdiction or authority over the army.
The Indian Army had carried out its own internal investigation and had declared that Major Gogoi, who lead the Rajputana Rifles unit which allegedly tied up Mr. Dar to a jeep, took the best course of action in front of a huge mob of stone pelters and handled the situation without a single loss of life, and decided to award Major Leetul Gogoi with a COAS Commendation Card. 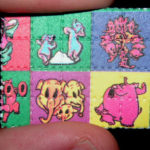