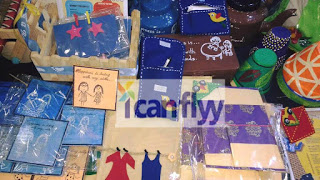 “Some of the most wonderful people are the ones that don’t fit into boxes.”
~Tori Amos
The writer Gabriel Garcia Marques, had once woven a beautiful story called ‘I sell my Dreams’ about the prophetic Frau Freida who made a living by selling what happens to be the most innate part of one’s soul, she sold her dreams. And god, what a life she lived! Much sought after, as people flocked to know what unfolded in her last siesta. Some made a living out of dreaming, and for the rest of commoners like us, we find an antidote to the malaises within our dreams. When the reality appears too harsh to be accepted, we dream of a better future, a hopeful tomorrow. But then, what happens to the ones who haven’t learned to see a tomorrow for themselves?
They say that to rob someone of money is wrong, but to rob an individual of their dreams is probably a graver sin. In a hedonistic society, like ours, we commit such sins every day. Segregating and branding people ‘unworthy’ of an opportunity. Sometimes on class, sometimes on color, and sometimes on the way one is abled. I Can Flyy is an initiative, whose Founder refused to walk by the  ways of this world challenging society’s cruel ways of branding people. We are born with our destinies, and as humans, we all deserve an equal chance to shape it.
We know that time, empathy and compassion is what we lack today. We do not stop by for the ones who might lag a step behind. Because well, we are all in a fight. Darwin led the way and we fight along to be the fittest.
However, there are places on this very planet which form a warm cradle of a comforting space and within the walls of one such warm cocoon, lies an initiative called I Can Flyy – a center for vocational training for Special Needs individuals. It aims to empower the young minds, arming them with an arsenal of know how in crafts, baking, data entry, launderette operations etc. The knowledge is not only intended to benefit them monetarily but instills in them a sense of vision in this competitive world. They are taught to create things fit for a demand in the market, the market of commoners. To say that it instills in them a sense of self-worth, may not be the best way to put it. So, we settle for saying that at I Can Flyy, we tell them of their right to dream, we remind them once again, that, while everyone may not be abled the same way, we’re all able nonetheless. And that’s the only factor that matters. Food and goodies made by Special Need Young Adults are sold and they are rightfully handed over what their creation fetched, ensuring a steady occupation on the lines of what their real calling was.
The facility’s latest addition is slated to open doors in August 2017. Watch this space for more on this brand new member of the I Can Flyy Family!
The Initiative houses itself on 4B Valmikee Street, Kolkata 700026.
Find them on Facebook!