Sourya Banerjee 27th June 2017 International Patent Drafting Competition (IPDC) – 2017 – Organized by IIPRD and Khurana and Khurana Advocates and IP Attorney2017-08-05T18:12:46+00:00 Opportunities No Comment
IIPRD, along with Khurana & Khurana, Advocates and IP Attorneys (K&K) and its foreign associate, noted the United States based Law firm, Sughrue Mion, is organizing their Third International Patent Drafting Competition (IPDC) as an earnest initiative with a sincere objective of spreading awareness of patent drafting as a skill across technology domains, and for helping practitioners, colleagues, and stakeholders understand various intricacies of patent drafting as a skill and learn from each other as to nitty-gritties involved therein.
IPDC is a new Initiative by IIPRD and its prestigious Indian and Foreign Associates to bring about greater awareness and respect for Intellectual Property (IP) Issues, particularly Patents, which have, over time, become more relevant to the Indian Ecosystem than ever.

Why IPDC?
With rising Patent Litigation in India, quality of patents and the scope provided thereby is a crucial aspect that is evaluated/scrutinised by the Courts/Appellate Boards. Furthermore, gone are the times when Indian Companies, Universities, and Individuals were only looking forward to creating Defensive Patent Portfolios in India, whereas they are now looking towards the aggressive portfolio with sustainable commercial value. More and more PCT and Convention Applications are being filed each month/year by Indian Applicants with around 30 Indian Priority Taking PCT Applications being published each week. Most of these patents are filed with an objective of either Licensing, or Enforcement, or In-House Commercialization, and hence the quality of patent drafting including claim drafting, the scope of protection accorded, a variety of embodiments presented, support in the specification, limitations provided, among other aspects are crucial to Patent Applications.

How do you take part in IPDC?

Step 1: On 1st August 2017, IIPRD and K&K, on their websites (www.iiprd.com and www.khuranaandkhurana.com), would put forth Three Invention Disclosures (describing three Inventions), one each in the domain of Electronics/ Hi-Tech, Mechanical, and Chemistry/Pharmaceuticals. The Competition would be active till 20th August 2017, within which timeframe, participants would need to write Complete Patent Applications/Specifications (along with Drawings, if any) .
Step 2: Drafted Patent Application can be sent to Competition@iiprd.com or can be sent in Hard Copy to IIPRD’s, Greater Noida Office. In either way, drafted patent applications should be received by IIPRD on or before 20th August 2017.
Step 3: In order to enable serious participants to submit their specification, a small Participation Fees of INR 1000 (USD 50) is to be submitted by each participant, which can either be paid by means of Bank Transfer or though a DD or a Cheque in favor of “IIPRD”. The Draft should reach IIPRD’s Office by 20th August 2017.
Winners Declaration & Prize Amount:
On 1st September 2017, two winners for each technology domain would be announced on the websites of IIPRD and K&K.
On around 28th September 2017 (exact date to be confirmed later), during the 3-Days International Pharmaceutical Patent Conference being organized by IIPRD at Hotel Hilton (Andheri East) Mumbai, prize distribution of the winners would take place from 1700 hrs to 1800 hrs, wherein the first winner for technology domain would be given a price of Rupees One Lakh Only (INR 100000) or USD 2000, and the second winner for each technology domain would be given a prize of Rupees Fifty Thousand Only (INR 50000) or USD 1000.

Any Practitioner having a Technical/Science Background is eligible to Participate in the Competition. For instance, the Participant could be a student, a practicing Attorney, an in-house counsel, a scientist, a faculty, or any other stakeholder having a technical qualification. 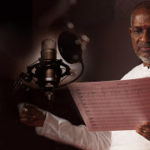