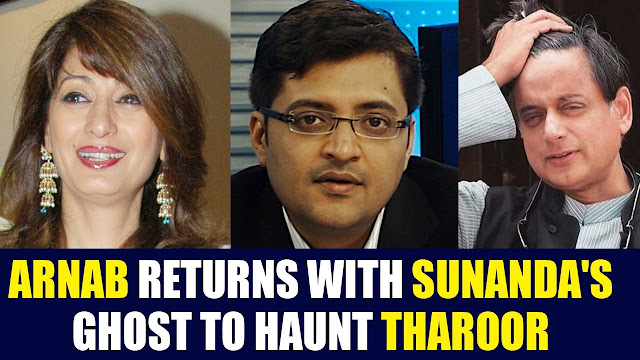 After intense arguments, which went on for 45 mins today, during which time Justice Manmohan, of the Delhi High Court, gave a patient hearing to both parties during this 45 minutes, Justice Manmohan clearly stated that he was reluctant to pass any gagging/restraint order against the Defendants.

Though Justice Manmohan took note of the fact that the media house can publish facts related to the incident as there is no charge sheet since three and a half years, the judge categorically noted that such name calling including usage of words like “masquerading criminal” by Defendant was uncalled for and that he has a right to silence. Nevertheless, the Judge stated that no one could be restrained to put out facts to the public.

Senior Advocate and Congressman Salman Khurshid appeared for Shashi Tharoor. Referring to the reporting style of Goswami, he stated that the kind of language used by the defendants is unacceptable.

As per the Counsels representing Dr. Tharoor, the 2 Crore compensation he has asked for will be completely donated to some NGO in the memory of his late wife.

“I am not asking for a gag order but they cannot continue like this. The police has not reached any conclusion. He must be protected.”
Senior Advocate Mr. Sandeep Sethi, appearing on behalf of defendant stated at the outset that he could prove every word spelled by his clients in the show and that calling Dr. Tharoor a masquerading criminal was a retaliation of Dr. Tharoor’s tweet. However, Mr. Sethi offered to speak to his clients about the Lordships views.

The matter stands adjourned to 16.08.2017 with the Court issuing summons to the defendants.
Reply to the suit and rejoinder thereto is to be filed before the next date of hearing.
It is perhaps interesting to note that Justice Manmohan is not only presiding over this matter but is also presiding over the Times of India vs Republic case, with respect to the very same tapes.
Would either of the cases affect the other? Only the Delhi High Court can tell.