By ArguendoFebruary 21, 2017Blogging, Life, YOUR VOICE
I probably wasn’t even fully 9 years old, when my Star Wars crazy mother meticulously produced VCDs from a dingy video library and made me watch Episode I, II and III, thereby effectively ruining the greatest cinematic plot twist of all time. In those days, the only summer problems I had, were questions about how and why Palpatine managed to turn Anakin rogue.Episode IV, V and VI followed and I remember being enamored by Han Solo and Luke Skywalker but most distinctly, I was in awe of the unapologetic and indomitable spirit of Princess Leia. Oh, I wanted to be her, and how! All with some developments of course, since I also wanted to be a Jedi Master, but those are just minor details. 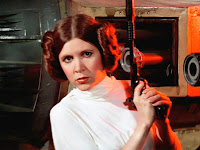 So you can imagine my shock, denial, and the consequent pained acceptance, upon waking up that morning to bold headlines that declared, “ACTRESS CARRIE FISHER DIES AT 60” and a seemingly morose, unhappy mother who barked across the hall that I was to mix my own milk. In a first, both mother and daughter shared a common sorrow for a non-familial loss of someone that neither of us knew personally.
To be honest, post Star Wars, I’ve only ever seen/heard of Carrie Fisher in a smattering of other movies and so perhaps it is fair to say that for several million across the globe including myself, she went down as Princess Leia Organa of Alderaan, who bravely fought off Vader’s forces, called out Han for being a “stuck up, half-witted, scruffy looking nerf herder“, wielded a gun better than Luke and was subjected to watch her planet and foster parents be decimated by the Death Star. To me, the star struck 9 year old, if this was not ceaseless bravery, then what was really?
I grew up in a women-only household, comprising of a fairly badass working mom with a Leia-esque temper and tongue, a reasonably competent (and I will always deny I said this) sister, an orthodox and determined grandmother and a decrepit yet surprisingly loud, perennially ill great-grandmother, who – as she reiterates – is three years older than the Queen herself! At this juncture, it is probably safe to say that a character like Leia, boded well in our lifestyle.
I don’t really know how to describe the way I am, at 20. What I do know is that I stubbornly don’t understand the difference between a man’s job and a woman’s job. I didn’t want a doll or a car, but books and being occasionally treated to a film with an already ruined plot twist. I didn’t dress in pink or blue, but clothes that I thought were comfortable. I did all the things I wanted to do, much against the behest of the mother-and-above units. I played tennis,swam and got tanned, ran, scraped my knees, roasted in the sunlight, picked up defunct pistols (licensed, I assure you) and rolled in the mud. As a happy consequence of my activities and much to their chagrin, the women in the house gave up on me, concluding that the dog and I were kindred spirits.
None of this came easy, of course. When you’re like that in a world that isn’t quite like that, you tend to get picked on. Everyone tried all possible avenues to dissuade me from being so socially contemptible. I’ve pretty much had it all in various permutations- cousins nagging me for keeping my hair too long and too boring, friends who’ve teased me for being “too much like a boy”, family that still goes on about how I need to dress better and the most prevalent and prominent one of them all – being a prude. Except, to this day, I absolutely do not understand what it is about my myriad of actions that is termed too un-ladylike for me. I’m not supposed to sweat and stink, nor wear shorts for tennis or wear comfortable clothes at a party instead of the oft chosen LBDs and am meant to keep my locks braided instead of choosing to flip them around in a layered cut, because of exactly what again? I’ve never known and I’m not sure that I ever will. That being said, I don’t think I’d actually blame anyone, given social conditioning en generale.
Now, to the point of why Carrie Fisher’s passing has begun this conversation in my head. In the 13 years since I first watched Return Of The Jedi, I’ve subconsciously strived to model myself into a personal interpretation of Leia. To me, Carrie Fisher did not just play Leia, she was Leia.  I’ve watched her repeatedly in endless interviews and found that she really was the embodiment of fierce independence, unfailing feminism and undiluted wit. She never once hesitated to call out the blatant misogyny or unfairness of anything and wasn’t afraid to apologize or accept her mistake whilst challenging the very archetype that catapulted her to fame. She had such a strong sense of right and wrong which, to me, was everything that Leia depicted on screen. She showed us,by example, how important it was that as women- and more generally as human beings – we take our position seriously and that cowing down to rampant patriarchy is not something any of us were born to do. 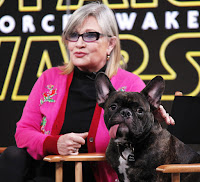 I’ve never been one who was very ostentatious about her opinions on the happenings of the world since, as a matter of principle, I think that everyone has the right to reserve their own relative thoughts and opinions of the same – unless of course, it is an actual travesty like the election of Donald Trump. In the same maverick fashion, I don’t believe in having to be loud about things that you do for the sake of humanity’s betterment. Much like I did in my childhood, I prefer the quiet, strong way of being a feminist – you stubbornly refuse to accept the patriarchal norm and keep going about while doing your own thing.
You don’t sit quiet when you see or hear something that is fundamentally wrong and you aren’t behoved into being nonchalant about it. I think that the most raucous, resounding way that you can assert your identity as a feminist is to act more than you speak. Fight for your worth, whoever you are – male, female, both, neither – and never forget to be gracious about it. Let nobody tell you what to do and what not to do since I can assure you that there are no diktats about what you “should” be doing because of how and where luck decided to place you. Nobody is any less or any more because of their sex, orientation, race, or anything of theirs, really -because, at the end of the day, all of us are humans.
Not ducks.
That is why we need more people who are as proud and brutally honest as Carrie was. She was an unending source of inspiration, in and out of her role as Leia and in the same breath, a beautiful human being. It is really purveyors of the cause like her, who should make us ask questions like that in the title (which I’m clearly very proud of).
This is a profound moment in my adult life because I’d like to think that I’ve succeeded in growing up to be my own version of Carrie/Leia. There’s a long way to go, but I’m fairly certain I’ll get there – to the mild distaste of a few generations of progenitors, I’m sure.
This one is for Carrie. The Force was strong with that one. 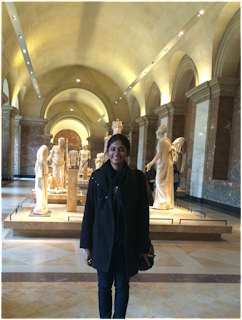 Spandana Durga is a third year Mathematics Honors student at Miranda House, University Of Delhi. She is deeply interested in art history and public policy development (as utterly unrelated as they are), is a staunch feminist and is a devoted Federer fan.