War Against the World: A Look Into the Environmental Impact of War.

“A nation that destroys its soils destroys itself. Forests are the lungs of our land, purifying the air and giving fresh strength to our people. ” ― Franklin D. Roosevelt
Through the course of time, there has been a metamorphosis in how
war is fought. Humans have gone from using light wooden chariots in vast
battlefields to 60-tonne tanks in congested streets. With every such paradigm shift,
the critics of the war have devised relevant propaganda to depopularise it. From
Mutually Assured Destruction to poverty and draining of resources, we’ve said
it all. However, one of the most destructive facets of war which also happens
to be the one that is least talked about – Its Environmental Impact – must
urgently find its way into anti-war propaganda.
The environmental impacts of war start right from the assembly line
way before someone can shout “incoming”!
In 2015 the world managed a global defence trade of nearly a trillion
dollars. That accounts for thousands of tanks, planes, and bullets one can’t
even count. Such massive production of war inventory leads to the emissions of
millions of units of toxic substances which are released into the air or water.
The effects of such emissions are well known and result in global warming, the
melting of ice caps and a slow contribution towards the apocalypse. The
development of chemical, biological and nuclear weapons has added yet another
nail in an already sealed coffin, that holds the survival of humanity.
Moving on to the battlefield, the M1 Abrams main battle tank of the
U.S. army takes more gas just to power up than a normal car would use in a
day’s work. The point to be made here is that military vehicles, vessels, and
planes are fuel guzzling machines which cause harmful emissions like carbon
dioxide and carbon monoxide apart from chlorofluorocarbons that feed ravenously
on the ozone layer and lay a huge burden on natural resources. But far more
harmful are the effects of the ammunition dropped in conflicts zones. During
the Vietnam war America dropped a chemical substance known as Agent Orange on
the Vietnamese jungles. The sole purpose of this concoction was to clear the
forests to eradicate cover for the Vietcong. All the way from 1962 – 1971 Agent
Orange was responsible for the destruction of nearly 15% of the total forest
cover over Vietnam and lasting ailments on the indigenous wildlife and
inhabitants. 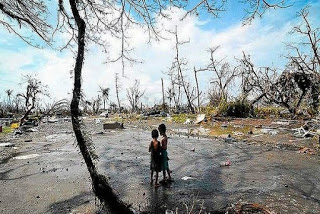 Conventional bombs also generate massive bursts of heat when
detonated. This explosion that burns at nearly three thousand degrees
centigrade has the potential to annihilate flora and fauna. It also erodes the
top layer of the soil which could take nearly 7000 years to regenerate. Further,
all hell has broken lose since the eruption of the Middle Eastern crisis. The
Gulf is the fuel barrel of the world. The entire war, people speculate, is for
the oil. Burning of oil wells by retreating militants and stray bombs engulf
the entire vicinity in a shroud of harmful discharge. Apart from causing air
pollution, this results in respiratory problems, cancers and a wide range of
life-threatening conditions. Lastly one of the most gruesome facts of war (and
my strongest points) is the trail of decomposing bodies it leaves behind.
Rotting human flesh not only results in bad order, it attracts various bacteria
which are in turn responsible for the spreading of epidemics and diseases that
ruin the local environment.
After staying silent for nearly half a century the global community
has finally started to acknowledge the adverse environmental impacts of armed
conflict. The United Nation Environment Programme has begun studying the
impacts in places of crisis like Syria. Though only a few surveys have been
taken up due to extensive conflict, initial reports reveal massive degradation
of the already scarce agricultural land. Further UNEP has observed, due to the bombing
that has quite literally flattened cities like Aleppo, residents face severe
respiratory problems due to constant dust arising from the debris and smoke.
Further Vice News featured a video that shows little children in war-torn Syria
playing in a bomb crater filled with water from a damaged sewer pipe. This
leads me to believe that bombing has damaged the city’s underground plumbing,
thus infecting ground water and drinking water pipes. However, the true extent
of damage can only be judged when the dust from the falling bombs settles and
full-scale studies are initiated.
Through resolution 56/4, the United Nations declared November 6th
of every year as The International Day for Preventing the Exploitation of the
Environment in War and Armed Conflict. Sadly, this proclamation is one of the biggest
among a few steps taken by the U.N. in furtherance of curbing environmental
impacts of war. Though some principals of international human rights laws and
conventions such as UN Convention on the Prohibition of Military or Any Other
Use of Environmental Modification Techniques (ENMOD) (1976) protect the
environment from the harmful impacts of war, no comprehensive legal framework
exists. There is an urgent need for a universally accepted legislation that
lays down liability for causing degradation and prohibits all wrongful acts.
Thus, to conclude I would say that an environmental stance should be
opted by the global community to de-popularise war. It’s
easier said than done, but if a kid can burn fewer crackers on Diwali with a
little push, I’m sure states can choose to drop fewer bombs as well. That would
be a start. 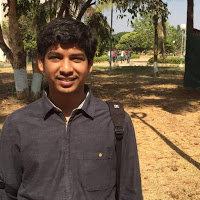 « To Protect Divine Feelings: A Look Into Section 295A of Indian Penal Code
Key To Thoughtful Legislation: Creation of a Consultative Council »