Editorial Team 15th February 2016 Islamic Finance: Some Elementary Deets.2017-08-15T11:36:28+00:00 Law & Policy, Op Ed No Comment
“When the dinar and the dirham were first minted in the form
of metal coins, Iblis the accursed held them happily. He then placed them over
his eyes and said to them, ‘You are the fruit of my heart and the delight of my
eyes; through you, I will drive people to become tyrants. I will cause them to
become disbelievers and lead them to Hell. . .”
–
Ibn
Abbas
In my
interactions involving economic systems, I have consistently been asked to
throw light on an enigma that is Islamic Finance. People often tend to condemn
the discipline (along with Hawala) as sinister. 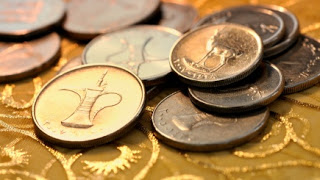 Islamic
finance, at its roots, is about making finance Sharia compliant. The
fundamental difference between the discipline and conventional western
capitalism lies in the philosophical understanding of the nature of money.
Today, money itself is perceived as a commodity; financial institutions enter
into specious deals that have no rooting in the real economy or involve assets
over which they have no ownership or claim. Traders are free to take
speculative positions and earn emolument. Complex instruments birthed through
financial engineering like derivatives or swaps; or the latest contrivance by
central banks, dubbed Quantitative Easing or QE involves creating money out of
nothing.
Sharia
sees money, merely, as a store of value with no inherent, intrinsic worth. A
twelfth-century thinker, Abu Hamid Muhammad ibn Muhammad Ghazali, in an nalysis
of money said, ‘[Allah had created Dirhams and Dinars] so that they may be
circulated between hands and act as a fair judge between different commodities
and work as a medium to acquire other things’, and that, ‘whoever effects the
transactions of monay is, in fact, discarding the blessings of Allah, and is
committing injustice, because money is created for some other things, not for
itself.’. It is a means to an end, a medium of exchange, and not an end in
itself. It cannot be created from thin air, and is devised to facilitate real
economy transactions; and in that spirit Sharia outlaws transactions aimed at
earning a profit out of purely financial transactions, or usury. This brings us
to what is widely thought to be the definition of Islamic finance: Banking
without interest or riba. A wanting
definition.
Islam
was not alone in its admonition of interest. The Church had also placed an
injunction (before it was lifted) against usury. Though many look at Islam’s
ban on riba as an appurtenance of
backwardness, I think it holds some rationale: If investing money in interest
bearing instruments in prohibited, investors will be forced to turn their
capital to real-economy projects as hoarding is considered as a waste of
resources (assuming the owners of capital are rational.). Once again, Ghazali chips
in with all too prescient words on investors: ‘it becomes easy for him to earn
money on the basis of interest without bothering himself to take pains in real
economic activities. This leads to the hampering the real interests of
humanity, because interests of humanity cannot be safeguarded without real
trade skills, industry and construction.’
But,
what may be considered as a real economy transaction? It is a transfer of
ownership from one person (the seller) to another (the buyer). As per Islamic
jurisprudence, ownership is desideratum for a trade to take place. One cannot
sell what one does not own. A principle addendum is that the seller must be in
possession of the commodity involved in the trade; that the seller cannot sell
and profit from something the risk of which she does not assume. This is a
vital proviso to ensure accountability and prudence in any trade. By assuming
commensurate risk, participants may be weaned off harum-scarum actions.
Islamic
scholars have enshrined a manner in which capital may be deployed to earn
‘permissible profits’. At the core of all such methods lies the establishment
of a risk sharing mechanism by which an investor partakes in the profits earned
and the losses incurred by the project which was the principal of the
investment.
One
large scale project that comes to mind is that of the social banking
experiments by Islamic states starting in the 1950s—especially in Egypt and
then Pakistan. The most notable of these experiments was conducted by Dr. Ahmed
Elnaggar in the Egyptian town of Mit Ghamr. Mit Ghamr was a small and sparsely populated
town on the banks of the Nile. The Mit Ghamr Savings Bank transfigured the
conventional ‘creditor-debtor’ relationship to a more Sharia prudent
‘risk-sharing’ relationship. No interest was paid on deposits nor any collected
on loans made; the depositors were investors who were partakers in the profits
earned by their investments, and the bank only engaged in what would now be
called ‘Real-Economy’ transactions. The Mit Ghamr Savings Bank functioned more
as a vehicle for savings and investments and less as a commercial. The Savings
Bank was later incorporated into the Nasser Social Bank—which was also
‘interest-free’. (This is one of many instances of Islamic finance in action in
the 20th and the 21st centuries. There exist many other
instruments, most notable of which is the revolutionary Sharia compliant bond
or sukuk. But, I must reserve a
discussion on this front for another time.)
Financial
markets today offer a motley array of instruments that, according to Islamic
scholars, amount to gambling. A lot of transactions involve speculating on the
movement of various markets. By entering into such trades and employing the
various strategies available to the modern trader, investors are able to earn a
positive return even from a market in decline. Such trades have no grounding in
real economy transactions. As the financial crisis of 2008 has sufficiently
clarified, various financial products—like Collateralized Debt Obligations and
the notorious Credit Default Swap—not only brazenly courted uncertainty, but
also marred transparency that is vital to the success of any transaction.
Islamic
finance is steeped in, and arises out of the concept of equality and justice
because Sharia seeks to extend it to every aspect of human interaction—even
economics and finance. It is a fast growing industry and may well prove to be a
beacon of virtuosity in a world mired by crony capitalism.
NOTE:
The opening quotes and the words of Ghazali have been
borrowed by me directly from a published work—Heaven’s Bankers by Harris Irfan—that
introduced me to the world of Islamic finance, and has played an indispensable
and vital role in assisting me develop the ideas that I have presented in this article.
About the Author: 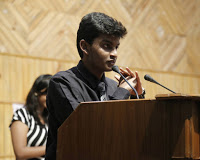 Abhishek Anirudhan is a student of Economics at Fergusson College, Pune. His areas of interest include Money, Finance and International Relations

« The Bear vs The Bird: Turkey shots down Russian aircrafts over Syrian airspace
In The Service Of All: Interview of Keshav Datta, Co-Founder of Sarvahitey »