Liability of Brand Ambassadors in case of Product Deficiency & Misbranding: The Maggi-Lead Fiasco

Sourya Banerjee 7th June 2015 Liability of Brand Ambassadors in case of Product Deficiency & Misbranding: The Maggi-Lead Fiasco2017-08-15T11:38:01+00:00 National No Comment
How Did It Begin?
Back
in 2014, officials from the Food Safety and Drug Administration Department, in
Bihar, picked up Maggi Noodles, which were being sold at a retail outlet in the
State, at random and had them tested. The tests revealed a presence of the
metal lead, at severable times beyond permissible limit. It is pertinent to
note here that as per WHO, there is no safe limit for lead in human body, as
the human body has no use of lead whatsoever. Irrespective of the detection of
lead way back in 2015, the reason it stayed out of news for almost a year is because
Bihar does not have a functional food safety
lab. The food safety wing’s lab at Aghamkuan in Patna has been
defunct for four years. The lab does not have a food analyst to conduct tests
on samples. The state food safety wing for now relies on a private Kolkata lab
which is accredited by National Accreditation Board for Testing and Calibration
Laboratories.  Even after the State Food Safety Officer sent the seized
Maggi packets to the Food Analyst and they sent back reports, Section 46 (4) of
the Food Safety and Standards Act, 2006, allows the accused Company to appeal
against the report of the Food Analyst. Following the appeal, the sample was
then sent to the Central Government Laboratory, whose reports finally emerged
in 2015. 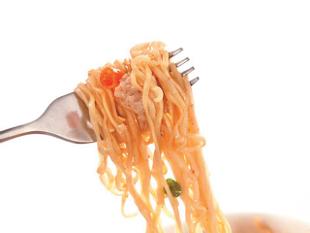 Current status of Maggi:
Food group Nestle has withdrawn Maggi instant noodles
from sale in India citing “an
environment of confusion for consumers,” after a food scare triggered
by a domestic regulator’s report that some packs of the popular snack contained
excess lead. Nestle reiterated the noodles were safe. But after coming under
fire in local media for doing too little, too late in response, the group said
early on Friday that it would recall the product regardless, weeks after food
inspectors first reported their findings. In India’s most significant packaged
foods scare for nearly a decade, at least six states have banned Maggi noodles
after tests revealed some packets contained excess amounts of lead and MonoSodium
Glutmate (MSG). MSG is an artificial salt to enhance certain food
tastes. On Thursday, Tamil Nadu became the first state to ban several brands of
instant noodles, including Nestle. Maggi has already also been banned from
consumption by Indian Army personnel, taken off all Big Bazaar stores and
banned in New Delhi for 15 days.
Brand Ambassador Liability:
Recent
controversy over the excess lead content and presence of MonoSodium
Glutmate (MSG) and lead in Maggi has raised questions regarding the
possible accountability of celebrity brand ambassadors, who at times sell
defective products, while minting corers.
Following
the Uttar Pradesh Food and Drug Administration’s decision to recall packets of
Maggi Noodles for reportedly having monosodium glutamate and lead more than
permissible limits, Madhuri Dixit, who currently endorses Maggi’s brand of ‘nutritious’
oats noodles, is in trouble. The Haridwar FDA has issued her a notice seeking an explanation as to how the noodles are
nutritious, and what the basis is for making such a claim. If she fails to
respond within 15 days a case could be filed against her. Amitabh Bachhan and Preity Zinta, two previous ambassadors for
Maggi also face the risk of being dragged to Court. 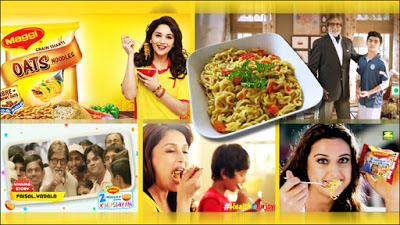