Introduction
Three
long, tiring years have passed, fighting for justice, screaming out slogans for
women empowerment and giving consolation and comfort to the tattered position
of females in India.
The above discussion is about nothing but the
incident which shook the roots of Indian morality and forced the Indian
judiciary to change the existing rules-The Delhi Gang Rape Case. The above
mentioned change in the law refers ultimately to the much hyped Criminal Law
(Amendment) Act, 2013. It has had its impact on all the criminal laws-namely –
Indian Penal Code[1],
Indian Evidence Act[2],
and The Code of Criminal Procedure[3],
but what we are here to discuss is its impact on CrPC.

The
introduction of this amendment brought many changes in the CrPC which are as
enlisted herein under:
2.
The
provisions for identification of person arrested when the person who is
identifying the same is mentally or physically disabled has been amended. The
provision inserted says that such process of identification shall take place
under the supervision of Judicial Magistrate and also that the comfort of such
person shall be kept in mind. It is also inserted by the amendment that such
identification shall be video graphed.[24]
12.  Amendment provides that all hospitals
whether Public or Private run by Central or State Government or Local Bodies
shall provide first aid to victims of S.326A or Ss.376 , 376 -A to376- E, IPC ,
free of cost and inform to the police of such incident.[34]
Amendment of First
Schedule[35]
The
first schedule of CrPC has classified all the acts punishable under IPC, 1860
into cognizable and non-cognizable offences as well as bailable and non
bailable offences. It also mentions by what court the offence is triable. The
Code itself does not give any reasoning as to such classification.
It
was seen that the existing classification of offences was becoming a major
cause for the high incidents of arbitrary and unnecessary arrest in the country
and in yet other cases the accused used to roam free due to loose laws in the
country. The scheme of classification was found out to be out-dated and
redundant. These loopholes called out for a serious change insuch
classification which saw many amendments in First Schedule, major portion of
which was in women related offences.The amendments are worth noting and are
listed below:
Notification
is the most important part of any amendment. As for S.354, any notification has
not yet been passed, so, it is still bailable. Let us examine other section; S.
324.This was made bailable[38],
but a subsequent notification dated 21st June 2006, in gazette
declared that this Section of IPC is not non bailable offence[39],
hence for now, it is still bailable.
Reforms suggested by
Malimath Committee
It
is not that the idea of amendment has never come up before, but given by
present legal scenario and condition of our judicial system, it becomes all the
more relevant to ask the question: is there anything more that has to be done
to make it a perfect code? There still are many minor offences against property
which are bailable like theft and related offences;while offences like causing
simple hurt are bailable. The major portion of the backlog of cases in courts
consists of regulatory offences such as dishonor of cheques, traffic violation
etc.[40]
The
Malimath Committee suggested that the offences to be classified into the
following categories:
This
would, as per the committee maintain the proportion of fines and punishment.

Concluding Remarks and
Suggestions
The
main question is that how far is it possible to abide by the above suggestions
by Malimath Committee? Whenever a new amendment is introduced there is a great
hullaballoo in the country. From street marches to making a documentary like
“India’s Daughter” and enduring the subsequent remarks of critics, Indian law
has gone through, is still going through and maybe will continue to go through
a series of changes in law related to crimes. This is because, what we need to
really do is not only to make amendment in pen and paper but amend the minds
and mentality of people which is the seat of crime as on one hand there are
protectors of laws suited in black and white with a list of amendments and yet
newer ones in line but on the other hand there are hard-core criminals like
Mukesh Singh who will never be guilty of their offences and say till the end, “Taali
Ek Haath Se Nahin Bajti”.[42]
I strongly feel that the seat of crime should
be negated and this can be done by good education, inculcating moral and value
education and curbing the immoral seeds which is now-a-days increasingly
growing at a fast pace in the younger generation. All this can be done by
giving moral values and all the more at the judicial level, I think that ,
keeping in mind the increasing monstrosity of present generation, it would be
better  rather not to follow the age old
rule of “acquit hundreds of guilty than to convict one innocent”. I strongly
feel that when even one guilty person is acquitted by the court, on the
presumption of lack of evidence or say, on plea on grounds of being juvenile, he thinks
himself to be free to commit more and more crime and he goes on polluting the
whole of the society. So, the court must be cautious in giving judgement in serious offences. 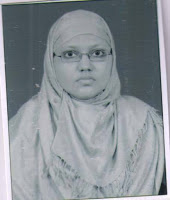 « Offside: A Look Into The International Court Of Arbitration For Sports
Legalizing Medicinal Cannabis: Interview with Viki Vaurora, Founder of The Great Legalisation Movement. »