Sourya Banerjee 7th May 2015 Verdict: The Trial of Salman Khan (By A Salman Khan Fan)2017-08-15T11:38:36+00:00 National No Comment
Salman Khan was slapped with a five year imprisonment sentence for conviction under culpable homicide, not amounting to murder, a section under the Indian Penal Code Enacted in 1860, that is three years after the revolt of 1857 and some 87 years prior to our independence, add a 68 years of post independence time and you get somewhere around 155 years. In the last 155 years of the existence of the IPC, it is safe to say that ‘numerous’ convictions and consequent punishment has been meted out by the British Courts for 9 decades and then the Indian Courts for close to 7 decades now.
India comes from a common law system, where the civil and punitive legal frameworks are similar if not identical to a lot of common law countries.
Driving under the influence or DUI as it is popularized by western legal themed shows, is a lot more serious offence outside India.
Coming back to Salman Khan, firstly I would like to openly say that I love the actor, the person, his charity work, his movies. I think he is the second best Khan after Amir, and this is when SRK is my college alumni. So I won’t make a hateful, judgmental case against Salman Khan.
Let us look at the incidence, Salman Khan, a famous actor, got under the influence of alcohol, lost control of his car and accidentally killed a person. This is supposedly the actus reus of the situation. As preliminary legal education may tell you, that intoxication, voluntary intoxication can not be claimed to do away with the guilt par. Mens Rea need not be established in such a case.
Therefore the real contention all along for establish the factum whether Bhai drove that car or not, which eventually the court, upon appreciating the evidence did establish and after excruciatingly long trial of 13 years have given a conviction.
I am simply going a take a few key issues and discuss them here now.
1.     What does this conviction mean?
2.     Is this case of targeting a celebrity? Why don’t we prosecute ministers, other criminals?
3.     Is justice delayed, justice denied? What we fail to see?
4.     Is the conviction, in the face of the charity work and other things Salman Khan has been doing, really necessary?
5.     What is the theory of punishment?
6.     Should we punish the good guys for rare bad deeds?

·      Does this conviction really mean that Salman Khan goes to jail for the next five years?

He still has two appellate courts left and his legal team(s) will do their utmost to ensure he stays out. If all these attempts fail, he may just go to jail. So there is a long time before he actually sees jail time and seeing the stellar legal team he has access to, he seems bailed out for now. 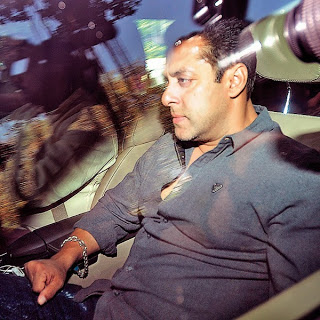 I don’t think so, in the last 155 years of IPC, numerous convictions have been made with the same statutes, same criminal procedure. Often for poor people, you won’t see the trial even start for years and worse, wrongful convictions, political witch hunt, personal vendettas and so on.
You will often find cases, where an innocent person is made the scapegoat to protect a more important person. This would have been the case had the court accepted the contention and concluded that it was the driver and not Salman Khan driving the car.
(All this is under the premise that he actually did commit the act under consideration).
So far as the court is concerned, they followed the due process and a conviction has come.
A popular sentiment has emerged that Salman is going to Jail whereas other criminals are out there, including politicians. As hard as it may be to believe there are 21 High Courts, numerous trial courts in each state and the supreme court, besides many tribunals for taxes, customs, electricity, which are capable of concurrent functioning temporally and the whole system did not stop to prosecute one man. There are 1.65 lacs pending cases just before the Allahbad High Court and this work load is one of the big reasons for the verdicts to get delayed.

If you have ever been part of any legal proceedings, you will see that it is the lawyer who decides the legal strategies for a client, prepares him for cross examination and often even tells him what to say and what defence to take before the court.
The procedure for criminal prosecution in India is to ensure people are not wrongly convicted and this is used in ingenious ways by advocates for prolonging trials, using dilatory tactics. Not to just blame there here, this is the reason we hire them and pay them a lot of money right, to not go to Jail?
Why do you think it takes long for prosecutions to conclude, because we know exactly how to prolong the trials. Somewhere we start blaming the judiciary for the delays but the real reason is that the system has been used only to ensure cases don’t conclude.
So is justice delayed, justice denied? Maybe in cases where due compensation is the basis of the trial etc but a trial when finally concluded is really commendable and we need to see the efforts of the public prosecutors (which is usually a thankless job) in reaching convictions.
·      Is the conviction, in the face of the charity work and other things Salman Khan has been doing, really necessary? 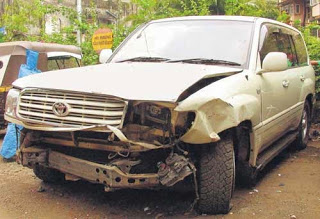 Salman Khan is a really noble guy person. His initiatives are great, his movies, entertaining and his personality, inspiring. But are these factors relevant while convicting him on the charges, sadly no. The judge sees the law, sees the facts and applies the facts on the basis of the law and decides the case. This is the utopian way of trials but obviously lobbying by lawyers in seeking relief, getting early dates etcetera become relevant factors at times, however herein it is a simple case of a person convicted under a statutory offence. His good actions etc may help mitigate the punishment, which indeed it has, from ten years to five. Does it mean I think he deserved ten, no, none of us have truly read the judgment, as argued by Mr. Salve to really know what the reasons of the Justice Deshpande have been.

There is plethora of literature discussing the punitive, reformative, exemplary (deterrent), preventive aspects of punishment but another important aspect of criminal trials is that people are punished in consonance with the law of the land prevalent at the time of commission of the offence. With the current jurisprudence of punishment in India, we are located with all aspects, while dominated by the punitive school and as much as we debate on the jail conditions, purpose of imprisonment etc, Salman Khan will have to face the current law of the land with its’ inherent philosophy.

·      Should we punish the good guys for their rare bad deeds?

This, I believe is the most complicated question deeply rooted in more important debates touching on Bentham’s Utilitarian theory, Kantian’s Imperatives and what work a convict can do outside jail than inside, which may make an equally or rather a stronger case in favor for most white collar criminals convicted in inside trading scams, P. Raju, Rajat Gupta, maybe Subroto Roy too.  (Alan Turing in the 1950s)
No doubt these guys may not cause any further harm to the society, and neither are they in jail for preventive reasons, nor will Salman Khan be.
But the day we reach a position, as a society where we can take such optimum decisions to pardon individuals based on things other than their criminal guilt, we will go into chaos, because that day will be the biggest challenge to equality, as the said mechanism will create so much scope for arbitrary decision making and resultant discontent of the people, that I can’t even begin to imagine the results.
No this is not the most perfect system, but this is the best one we have got. If someone wishes to raise an argument of Plea Bargaining, I don’t think, Salman would have gotten away without Jail, even in countries where Plea Bargaining in more widely accepted and advanced.
About the Author: 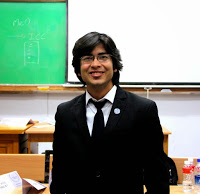 Keshav Gupta, is a final year law student at Campus Law Centre, University of Delhi, besides being an Economics graduate from Hans Raj College, University of Delhi and is the co-founder of The Dais, a Delhi based organisation involved with education management. You can read more of his posts at his blog.
(This post was originally published on The Incomplete Verse) 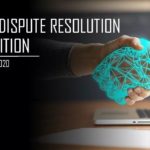 « Staring Into the Eyes of Violence: A Kenyan Citizens Voice
From Case To Case: Interview with Vivek Kumar Verma, Founder, Indian Case Laws »