Atrocities Against Women in India: An Analysis.

admin 27th May 2014 Atrocities Against Women in India: An Analysis.2018-03-08T03:26:33+00:00 National No Comment
A woman is the one with whom this whole world came into existence. As per thus, today she should have been occupying the most important and respectable position in the whole World. But this is not the case, because of lack of understanding and male dominance she occupies a low position when compared to men and is confined to kitchen rooms and restrictions. A woman despite of all of these restrictions has tried coming out of her shell and is craving to compete with the world. And what are we doing committing offences against her. Here she is not only a Woman, this women can be your mother, sister, wife and even your daughter.
Defining violence against Women?
Violence against Women has been recognized, at both the national and international levels, as a serious and ongoing impediment to gender equality and women’s human rights and fundamental freedoms (United Nations 1993).The 1993 UN declaration on elimination of Violence against Women has defined violence against women as:
Any act of gender- based violence that results in, or is likely to result in, physical, sexual or psychological harm or suffering to women, including threats of such acts, coercion or arbitrary deprivation of liberty, whether occurring in public or in private life (UN 1993).
This definition encompasses all types of violence against women and includes the wide array of violence perpetrated in both the public and private spheres of women’s lives.
Recent crimes showing Violence against Women:
The problem of gender-based violence is getting worse. National Crime Record Bureau statistics show crimes against women increased by 7.1 percent nationwide since 2010. There has been a rise in the number of incidents of rape & are recorded too. In the year 2011, 24,206 incidents were recorded, a rise of 9 percent from previous year. More than half of the victims are between 18 to 30 years of age. Figures indicate that 10.6 percent of total victims of rape were girls under 14 years of age, while 19 percent were teens between the ages of 14 and 18.  Alarmingly in almost 94.2 percent of cases offenders were known to the victims and those involved included family members, relatives, and neighbors. 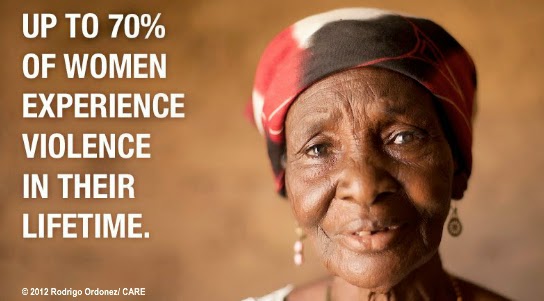 « Ukraine Crisis: What it could mean for the rest of the World.
The Russian ‘Blogger Law’ »