Bet on the Future: Why India Needs a Regulation on Betting

admin 23rd March 2014 Bet on the Future: Why India Needs a Regulation on Betting2017-08-15T11:48:40+00:00 Law & Policy 14 Comments
ABSTRACT
The spot-fixing controversies which enveloped the Indian Premier League have voiced the debate for a regulation for legalizing gambling and betting in the country. The current legislation in the country is based on that of the 19th Century; it evidently required a 21st century approach. To frame such a regulation the social structure of the country has to be referred most importantly. In this article, the pros and cons of the legislation has been discussed. The problems of unregulated betting have been highlighted, and the after effects of the legislation have also been discussed.
INTRODUCTION 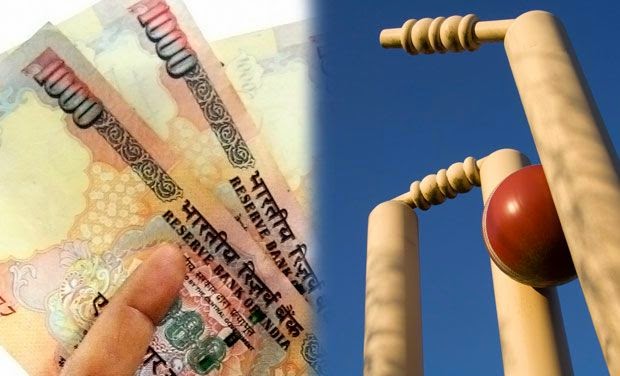 The allegations of spot-fixing surrounding Indian Premier League (IPL) cricket players has again created a thrust to rethink and formulate the legislation on sports betting in India. The current legislation and regulations in the nation are based on that of the 19th century when India was under the British reign. The recent controversies presenting the pros and cons of need for a new legislation pushed the betting advocates asking for gambling law reforms. But, before plating any legal view on this, it is very important to consider the moral and principled side of gambling. The Indian society has always accounted the act of staking decently wrong. For most of the people these strong feelings about gambling emanate from religious or moral views relating to human relationships and attitudes to money. The ethical philosophy treats money as bread, bread ensures life; staking life is immoral and hence, the act of gambling is wrong.  However, a counter view believes that it is perfectly legitimate for members of the public to have different moral views or personal preferences either in favour or against betting, to be more precise on sports betting. Peace can be brought by treating sports betting as a morally neutral phenomenon, accepting it to be something which lies between an entertainment and a financial service. The liberal approach suggests that public should be given the respect and should have the freedom of choice as to whether to bet or not, and ensuring that there subsists an outline designed to protect, and to ensure good law and order.
WHAT LAW SAYS?
The legal aspect on this issue varies with the regulations in different states. The (Seventh Schedule, State List, Entry 34 Constitution of India) gives states the right to create their own laws and policies regarding betting and gambling. Therefore, the primary responsibility of regulating physical premises based betting and gambling is with the state. Most states have made laws prohibiting gambling except two states, Goa and Sikkim. These states have legalized many forms of betting and gambling. But, when it comes to online betting the ambit of this Entry 34 becomes misty as legislations pertaining to Information Technology vests with the central government. Before independence, there was no such distinction and the Public Gambling Act, 1867 governed the betting and gambling in the country. Post-independence some of the states have adopted this act and therefore, this act is still valid for these states. Considering this situation, the Central Government could also look at amending this Public Gambling Act and draft model rules under it which the state government could adopt. On 1st August, 2009 the State of Sikkim amended the Sikkim Online Gaming (Regulation) Rules, 2009. This amendment made online sports betting in the state of Sikkim legal, subject to the operator holding a license. Some of other State laws are: the West Bengal Gambling and Prize Competitions Act, 1957, the Bombay Prevention of Gambling Act, 1887, the Madhya Bharat Gambling Acts, 1949, the Punjab Public Gambling Act, 1961, the UP Public Gambling Act, 1867, the Kerala Gambling Act, 1960, the Karnataka Gambling Law/Act, Goa, Daman and Diu Public Gambling Act, 1976, Sikkim Online Gaming (Regulation) Act, 2008, Madras City Police Act, 1888 to name a few.
In some countries (mostly those where there is a strong religious influence on the state) such as some states in the Middle East and South East Asia have taken the view that the role of government is to protect the public from what it sees as sinful behavior. Such states often impose a complete ban on gambling (and often, for example, severely restrict the consumption of alcohol also). At the other end of the spectrum, some governments view betting/gambling as an export industry, designed to drive trade and revenue creating tourism and employment. Examples include the US State of Nevada, the Island of Macau and some small island states where online gambling is licensed. Most countries, however, operate somewhere between these two extremes. States which licence gambling include the UK, many European states, Australia, and a number of States in the USA. In these countries, the Government seeks to provide a framework which permits gambling, but also seeks to regulate and control gambling (and takes a share of profit in terms of tax, either as part of general fiscal revenue or directed towards particular social issues (including for example the funding of the industry itself, sports or cultural and charitable causes)).
IS THE REGULATION REQUIRED?
One argument in the favour of the legislation states that the government would earn substantial revenue from taxing sports betting But, an argument counter to this states that this will act as a deterrent to the people who are engaged in such activities, especially the youngsters. A point of debate is also that whether the country is ready for such a regulation, or will such regulation prove to be a success.
Albert Climent the founder of Bluesea-Gaming.com and the adviser of Asian Gambling Brief, however, holds an opinion that India is ready for regulating sports betting and it will reduce match fixing. According to him, if such legislation comes into existence then the authorities will work in tandem with betting operators and not against them. The betting operators will not encourage match fixing as they would want to earn profits and will be answerable to the authorities. But to make such fantasies come into existence, only reliable operators should be issued licenses and also, it should be ensured that they comply with all the pre-requisites. 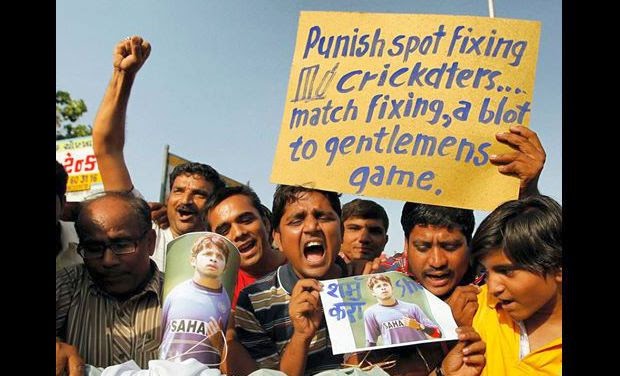 The most important precedent of this debate is that still the activities of betting and gambling require a social approval. But, it is also to be noted that why has now the need for such a regulation arisen. The unauthorized manner in which betting was currently taking place was a threat to the integrity of sports and sportspersons, some grass root sports programs could very well use the money generated; unauthorized betting was a source of revenue for hardened criminals, and law-abiding citizens were getting unnecessarily exposed to such anti-social elements.
A very strong argument in favour of legalizing betting that India has a particular problem with cricket bookmaker links to anti-national groups that are known to use profits from illegal trades like gold smuggling, drug running and sports betting to fund terrorist activities. By opening up betting, in which millions of Indians indulge anyway, and putting in place a formal Satta infrastructure like the stock market, the government can take away the stigma of illegal gambling. Not to forget, legalizing sports betting will help curb match fixing problem. The Indian law prohibits betting on sports, except on games such as horse racing. But, the underground betting market is worth almost $52 billion in India according to the reports of the industry association. In the opinion of Justice Mudgal the rate at which winnings from betting were to be taxed could be decided by the government and that 20 per cent would not be high, considering that in some jurisdictions like Austria and UK, the taxation rate is up to 28 per cent and 25 per cent, respectively.
The Solicitor General of India, N Viswanathan added believes that there are pros and cons involved in legalizing and regulating betting but before that, the Government should set up an Independent Regulatory Commission to study the various aspects in depth and come out with a solution, keeping in mind the elimination of book makers. If such framework is worked into, then it would be easier to track the flow of money and once India legalizes betting, it will automatically come under the ring fence which will allow Indians to bet with Indians only and help in keeping the Indian money spent on betting in the country itself.
PROBLEMS OF UNREGULATED GAMBLING AND BETTING:-
The need for legislation is a result of numerous problems the nation is facing without it. First of all, there is lack of information on the gambling industry particularly because most of it is in the black market. Hence, there is no information on whether bookmakers are gambling with minors or those who have problems of addiction to gambling and therefore, arises a problem to combat check this threat to the society. And, since many unidentified minors are involved in this illegal act, therefore, this is also a moral threat to the society. Further, there is no information on whether the punter who places bets with bookmakers is getting a fair deal or not. Evidently, there is no accountability on the money flows through black market gambling. The main issue to think upon is that there is no way to monitor the pattern of bets being placed on a sporting event. And, in all respects this is the only one of the key ways in which one can detect and prevent match fixing. According to media reports on this issue, many Indians enjoy a more formal type of betting via online gambling sites, many of those based in the UK. Indian gambling laws predate the internet, but the government has argued that online wagering is nonetheless illegal under the Public Gambling Act 1867 and the Indian IT Act 2000 (the latter deals with ‘cybercrime,’ which the government argues includes gambling). But India does not IP-block international online gambling sites.
There is also a huge loss to exchequer which can derive tax revenue from the industry. According to FICCI reports it is estimated that Govt. can earn Rs. 12,000-Rs. 20,000 crores as taxes if such a regulation is framed. The evil consequences of regulated does not end here. In short, absence of independent regulator gives boost to criminal activities is a threat to the society and leads to sporting frauds like match fixing. Regulating betting would provide the framework to address all of these problems.
CONCLUSION:-
Legalizing betting and gambling in a country where it still requires a social approval is itself a hefty task. It has still become a starred task in the “to do list” of Indian Legislature because India has failed to ban gambling in an effective manner. The framework as debated would in the practical approach require a better implementation that a guideline.
The greatest advantage of regulating sports betting is going to be the accountability for the large amounts of money transferred through illegal channels and reduction in cases of match fixing, money laundering and crimes, creating knowledge and education about ill effects in a focused manner are inbuilt conditions to save vulnerable groups. Besides, it could potentially fund sports development, education, social protection or welfare schemes and infrastructure development plan besides employment generation.
REFERENCES:
About The Author:-

« In Between Black & White- Conversation With Rohan Mukherjee, Founder & CEO of Grayscale Legal.
Crypto Currency: The Rise Of Bitcoin »